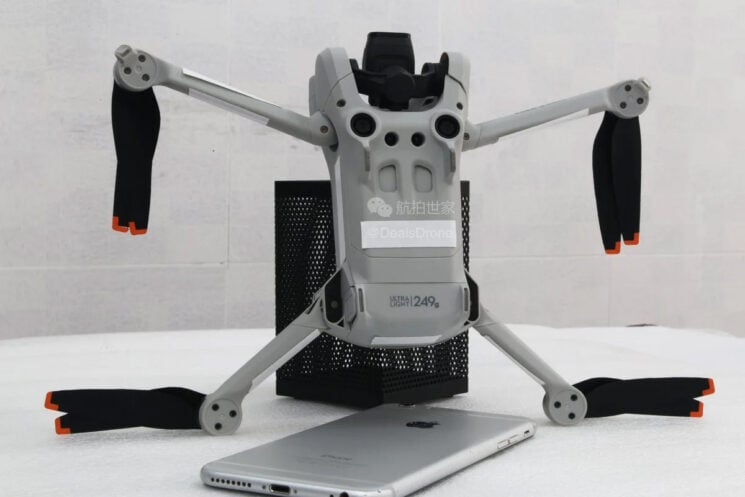 We’re only 10 days away from the rumoured launch date of the DJI Mini 3 and more new images of the <250g drone appear to have popped up online. And as well as the usual assortment of small, low-res social media shots courtesy of Jasper Ellens, it looks like DealsDrone managed to get their hands on some larger shots that show off the DJI Mini 3 in quite some detail.

Despite looking generally a bit beefier than its Mini 2 predecessor, the markings on the drone battery do specify that the drone still weighs 249g. It features a number of obstacle avoidance sensors (although not as many as some of us would like), we can see the microSD card and USB slots as well as the 24mm equivalent f/1.7 lens.

So, let’s get the low quality and social media images out of the way first. you can see that the Mini 3 does look pretty chunky, which seems in large part thanks to the addition of the forward obstacle avoidance sensors perched on top. Interestingly, the images seem to show that the Mini 3 only has forward and down-facing sensors. No sign of any on the rear where you’d arguably need them the most due to the fact that you can’t where you’re going when you’re flying backwards. 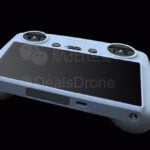 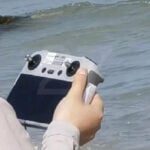 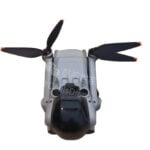 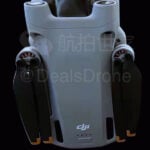 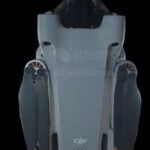 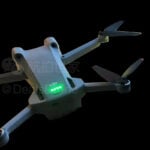 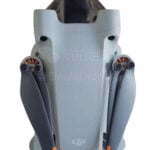 The higher resolution images also seem to confirm the omission of rear-facing obstacle avoidance sensors. They do confirm the focal length and aperture of the lens, however with a field of view equivalent to that of a 24mm lens on a full-frame camera with a maximum (fixed, more than likely) aperture of f/1.7. This is likely going to make for some choppy video in the daytime without an ND filter. If the drone is exactly 249g as printed on the battery, then let’s just hope an ND doesn’t take it over the weight limit. 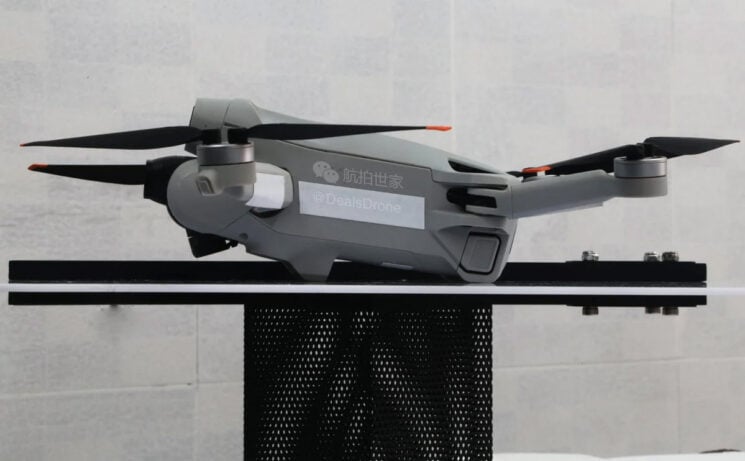 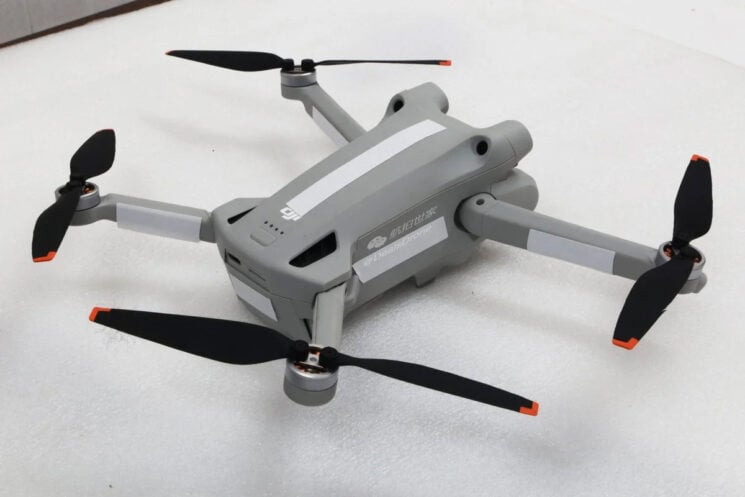 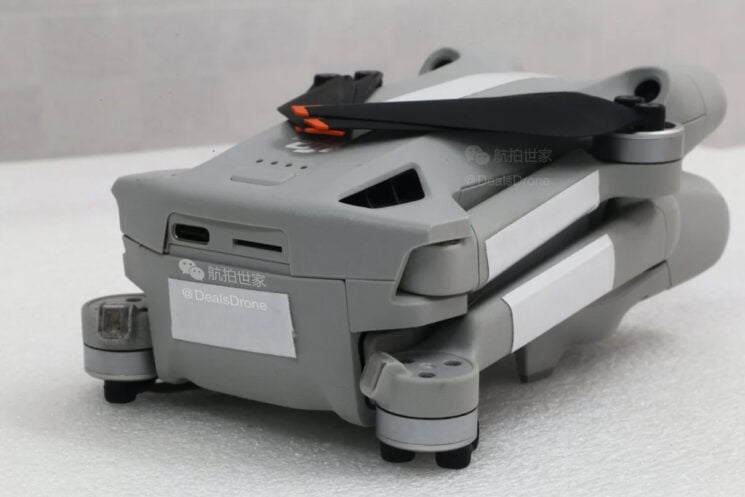 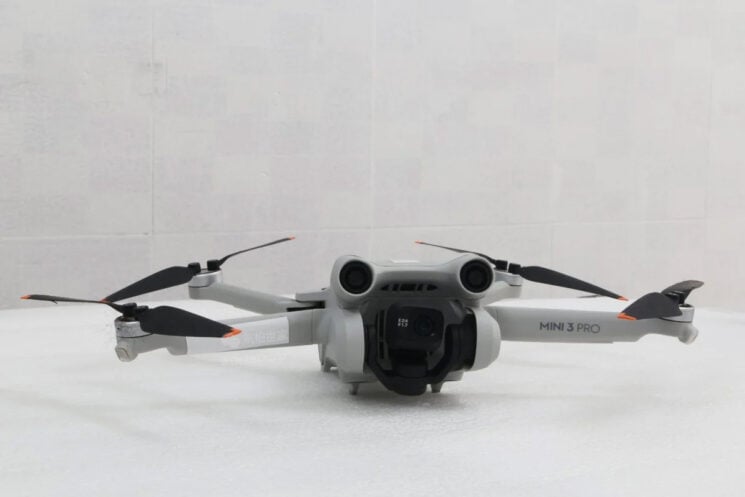 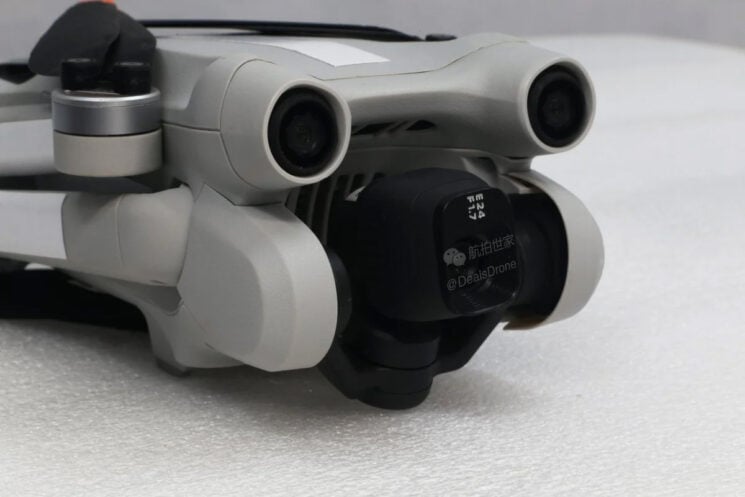 It is a pretty massive redesign over its predecessor and more closely resembles the Mavic 3 in appearance than the Mini 2. While I was writing this, Jasper Ellens also posted confirmation of the weight. It says 249g on the battery, but the scale shows 245g. So, with NDs, you’ll probably still be under that 250g limit in many countries.

It’s no surprise the #Mini3Pro weighs under 249 grams. You have to be able to put on a MicroSD / NDfilter.

All I hope for EU laws is that #DJI doesn’t make a propeller guard this time. Because that would increase the official #MTOM back over 250.#bringontheC0label @DJIGlobal! pic.twitter.com/DkLZcSVXsh

Of course, those look like luggage scales, which aren’t really known for their gram-level accuracy. So, I’d be curious to see them perched on something designed for accurate weight measurement.

An official announcement for the DJI Mini 3 is rumoured for April 28th. So, only 10 days to go. See here for previous Mini 3 leaks and rumours. We’ll keep you posted as we hear more.

« Photo story: A girl is an unlikely star of the last pagan ritual in Europe
Unpopular opinions matter in photography and here’s why »