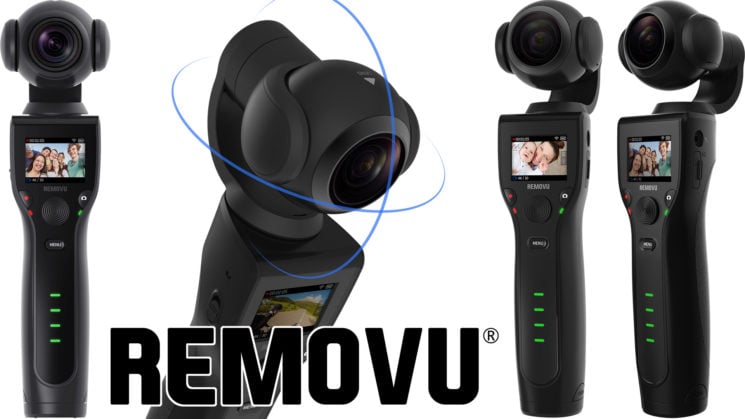 Currently on display at CES 2018 is the new Removu K1 4K handheld gimbal. Similar in style to the DJI Osmo, with a built-in camera instead of stabilizing your phone or a DSLR, the K1 has one distinct advantage. It features a built-in 1.5″ LCD monitor to show you what that camera’s actually seeing. Originally backed through Indiegogo, the Removu K1 is now on general sale.

While this size of LCD certainly isn’t going to compete with your phone, it’s not that different from those typically found in action cameras. Certainly big enough to get an idea of your framing and composition. And you don’t have that added weight and bulkiness of a phone and bracket. And speaking of weight, the K1 weighs in at only 340g. The Osmo, by comparison, weighs 421g, and that’s before you add a phone to see what you’re doing. 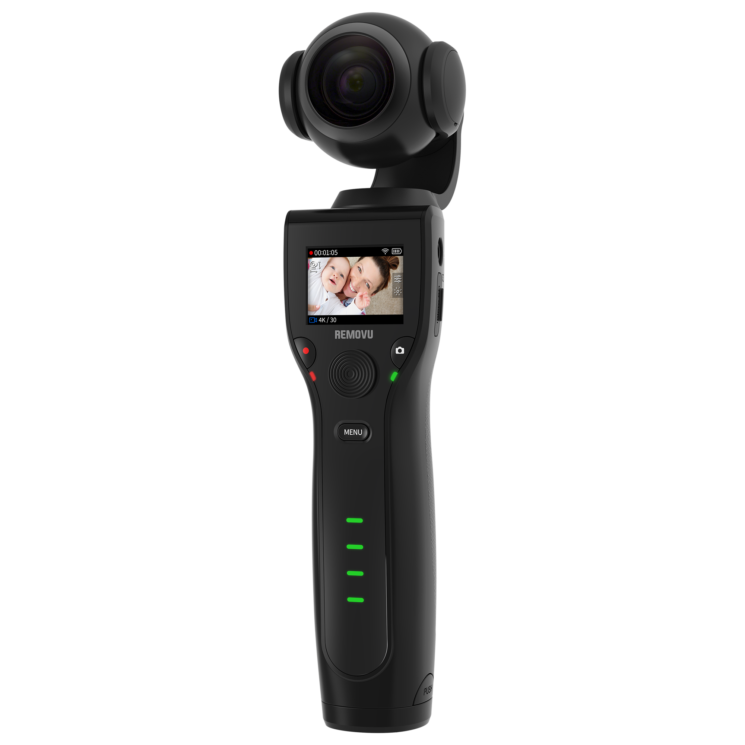 The K1 offers four different shooting modes, which include pan mode, follow mode, motion time-lapse mode (I’m guessing this is like hyperlapse) and a selfie mode. It’s a 12-megapixel sensor, with a 101 degree field of view lens, slightly wider than the Osmo’s 94 degrees. Video and stills are saved to microSD card, supporting capacities up to 256GB. The built-in battery, Removu say, will last up to about four hours.

While the K1 and the Osmo are essentially direct competitors, being the only two gimbal cameras in this market, they do see aimed at different audiences. Due in part to the 24fps and full 4K wide options, the DJI Osmo seems aimed more toward serious filmmakers. The Removu K1, though, with its ultra-wide lens, selfie mode and hassle-free LCD seems more for personal use. Documenting vacations, days out with friends, the kids and so on.

Regardless, I don’t think you could go wrong with either one of these looking at some of the pre-production sample footage. It’s basically going to boil down to whether you need that 24fps, or you want more convenience.

The Removu K1 is available to pre-order now for $429 ($105 less than the Osmo). There’s no word yet on exactly when it will ship, but I would expect it to happen within the next month or so once all of the Indiegogo supporters have received theirs.