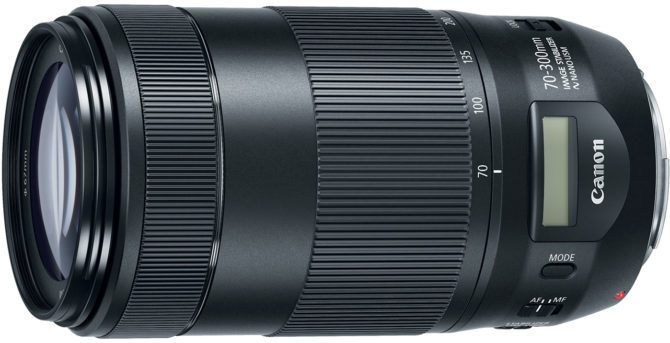 It’s been rumoured for while now that Canon would start introducing LCDs into their lenses. Last week, we even saw some suggestions as to what they might display, thanks to a couple of newly released patents. Well, now, all the guesswork is over. Canon have officially announced the EF 70-300mm f/4.5-5.6 IS II USM lens.

Like its predecessor, it is a full frame autofocus lens with image stabilisation. The lens is slightly larger than the one it replaces. It weights a little more and the filter thread size has been increased. So has the diaphragm blade count, creeping up from 8 to 9, which may provide slightly more circular “bokeh”. Then there’s the obvious change. It has an LCD screen.

According to the press release…

While an LCD display on a lens sounds cool, I’m not entirely sure how useful it’s going to be. Canon say that the lens is “designed with the user in mind”. But I’d like to know exactly which user that is.

Focus distance, focal length, and shake amount. All information that may be handy while shooting. Information you can’t actually see while shooting because your eye’s looking through the viewfinder. If you’re on a tripod and using liveview, perhaps it might be a little more useful. Still, if you’re on a tripod, you shouldn’t be experiencing camera shake, so why would you need it see it on an LCD? 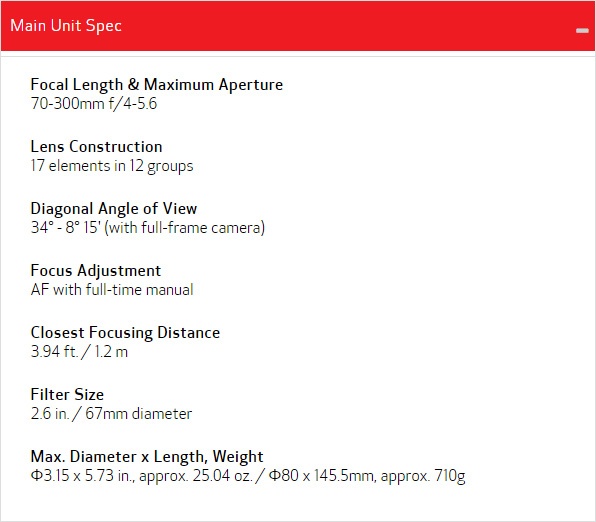 Beyond the LCD it’s about what you’d expect from a modern variable aperture 70-300mm lens. It has a USM motor for quick and quiet autofocus, built in image stabilisation, and probably not bad image quality when stopped down to around f/8. It’s not weather sealed, but we can’t expect miracles. 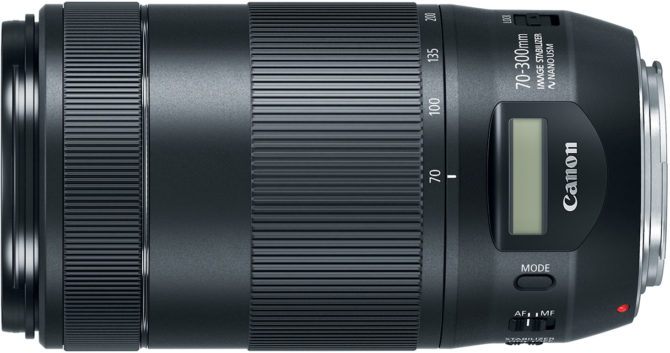 I really do like the idea of an LCD on the lens. If the focus distance does truly appear like a depth of field scale, as suggested in the patent, that feature will be wonderful. Handheld and zone focusing, used on a tripod, shooting stills or video, it’s a lens feature I’ve missed.

Other than “because we can”, though, I don’t see a point to displaying camera shake information. Hopefully this is just the start of things to come, and won’t just be a gimmick that doesn’t catch on. I think it has some great potential. I’m just not entirely sure if it’s quite there, yet.

Depending on what communication goes on between the camera and lens, it could display exposure information. Handy for those using DSLRs that don’t have a top LCD panel.

What do you think? Is an LCD screen on lenses just a gimmick? Or do you see potential in its future? What other useful information could it display? Let us know in the comments.

« 20 tips and rules to make you a composition ninja
Hands-on with the Profoto D2 AirTTL, the “World’s Fastest Monolight” »