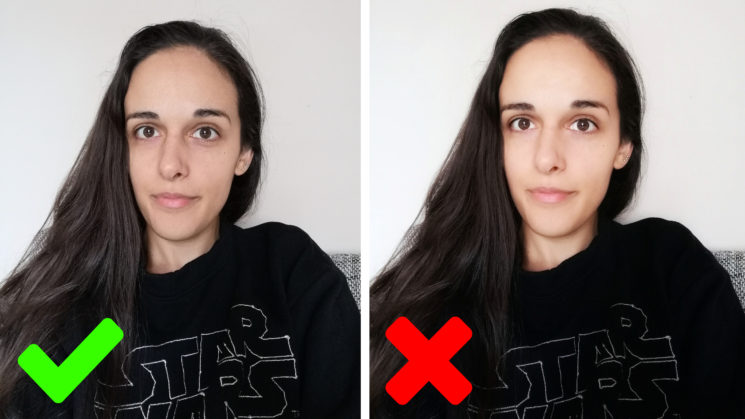 Norway has introduced a new law aimed to tackle unrealistic and potentially dangerous beauty standards. From now on, any social media post made for promotional purposes has to clearly state if the photos or videos in it were altered. Those who don’t do it will be fined or even end up in jail.

I stumbled upon this information while browsing through Stories on Instagram. I saw it at Kritički, a brilliant profile dedicated to critical thinking, breaking taboos, and tackling various social issues. I immediately wanted to learn more since I always rooted for a law like this. So, after a bit of googling, I can tell you more about the new law in Norway.

First of all, it applies to all major social media platforms: Instagram, Twitter, TikTok, Facebook, and Snapchat. Second, it’s directed at posts made for “advertising or other promotional purposes,” as It’s Nice That notes. So, if you use filters on your photo and share it with your 312 followers, you’re good to go. It’s influencers and big companies that need to comply. They are now obliged to label their posts and make it clear that some modifications were made.

I find it particularly interesting (and pretty awesome, too) that the law doesn’t only apply to digitally manipulated photos and videos. If there were some physical alterations made before the shoot, it also has to be stated. Both kinds of alterations should be acknowledged with a label designed and provided by the Ministry.

The law passed earlier this month with a pretty impressive 72 to 15 votes in government. It’s an attempt to tackle unrealistic beauty standards and curb body dysmorphia in Norway. The overwhelming amount of “perfect” bodies, faces, skin, and hair creates a lot of pressure on social media users, especially teenagers and young adults. I’d also say that women of all ages are under huge pressure to look “perfect,” especially now when we all should have “summer bodies.” And no, on social media, that doesn’t mean just having a body and going to the beach.

Some may see a problem in the fact that the law is only applied to promotional content. Personally, I think that’s fairly reasonable. First, it’s not easy to control every single Instagram user and the content they share, especially if their accounts are private. And second, influencers, celebrities, and big companies have way more followers who see their content and are affected by it. So, I think that it makes sense to focus on their posts. It would be good to label all altered photos and videos, not only promotional ones, but maybe that’s the next step.

To conclude this article, I will remind you of a few other good examples and hope they will become more common. First, you may remember a law that became effective in 2017 in France. It requires clients who use commercial images to disclose whether a model’s body shape has been retouched to make them look thinner or larger. This caused Getty Images to change its regulations, too. Then, there’s the (in)famous Adidas campaign that showed hairy female legs. I know you’re shocked, but we women also have body hair! Speaking of which, this MAC campaign showed some of it, too.

All in all, I think that the new Norwegian law is the beginning of something great. I sincerely hope that something similar will become a trend in many other countries. This way, we will progress towards a healthier and happier society. And we will realize that, indeed, every body is a summer body.

Illegal! Think Twice About Metadata and How You Tag Your Photos Online

« Yongnuo has launched the YN RF 85mm f/1.8 – first 3rd party RF lens with a control ring
Scan your pile of Lego with this AI-powered camera and it will tell you what to build »