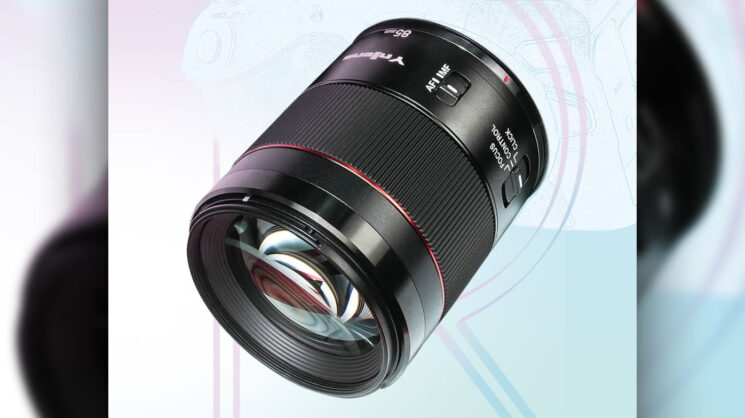 Yongnuo has officially announced their first RF mount lens. It’s the YN RF 85mm f/1.8R DF DSM and it’s actually equipped with a configurable control ring. Despite a number of other lens manufacturers producing RF mount compatible lenses, this marks the first 3rd party lens to actually include a control ring, which has so far been found exclusively on Canon’s own RF lenses.

A few reviews for the lens have already been popping up online over the last week or so, but the lens hadn’t officially been announced yet. It just kind of quietly slipped out. It’s the same optical formula as their 85mm f/1.8 for Sony FE, but in a whole new housing that shows some nice improvements over the FE mount design – like a weather sealing gasket.

It’s a fairly small and lightweight lens, measuring 67x88mm and weighing only 380g, which makes it ideal for handheld stills or video shooting. It should also make it relatively easy to balance it on most gimbals. It’s an autofocus lens, featuring a quiet DSM stepper motor, but also lets you go full-time manual focus if you wish.

The lens features a Type-C USB socket for updating the firmware, with a firm fitted rubber cover to keep it sealed at other times. On the side, there are two switches. One to switch the control ring between focus, smooth control or clicked control, and a second to choose between AF and MF. You’ll notice in the video above, though, that there’s a lot of focus breathing. So, that’s something you’ll want to be aware of. The DSM stepper motors do seem to provide a nice responsive autofocus system, though. 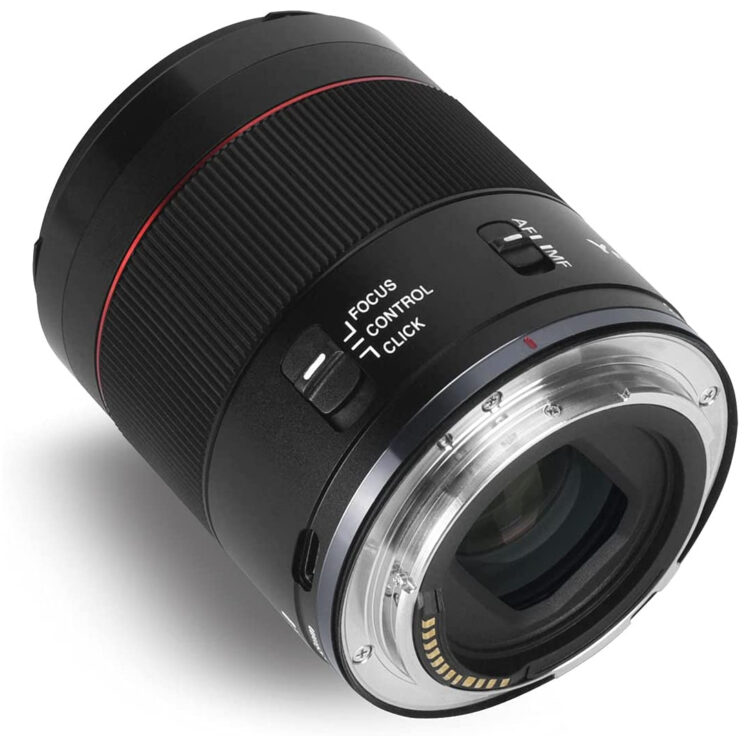 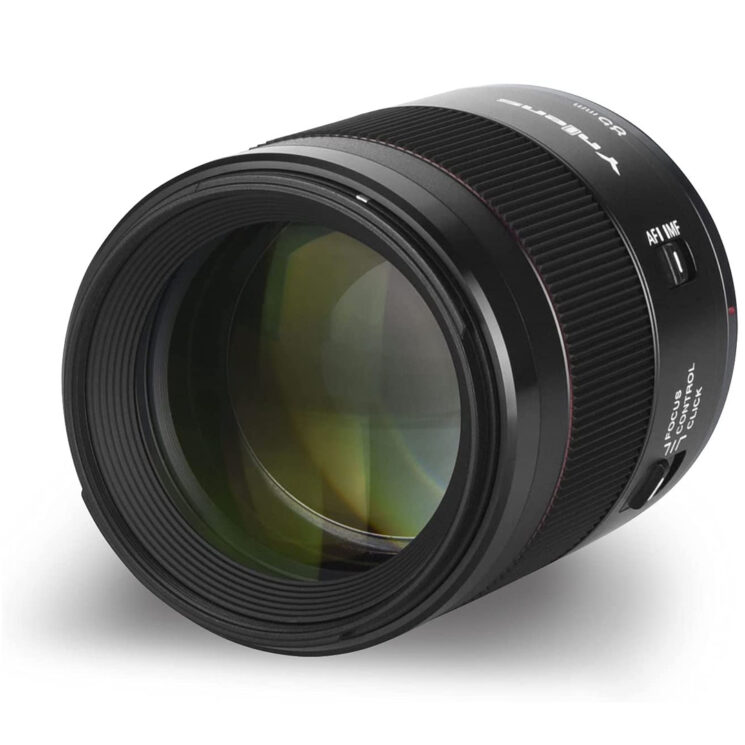 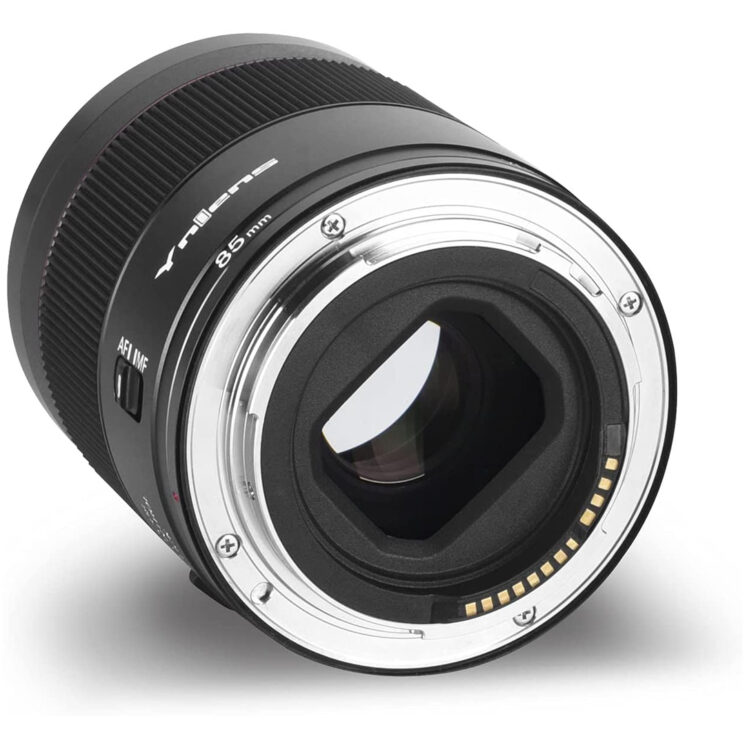 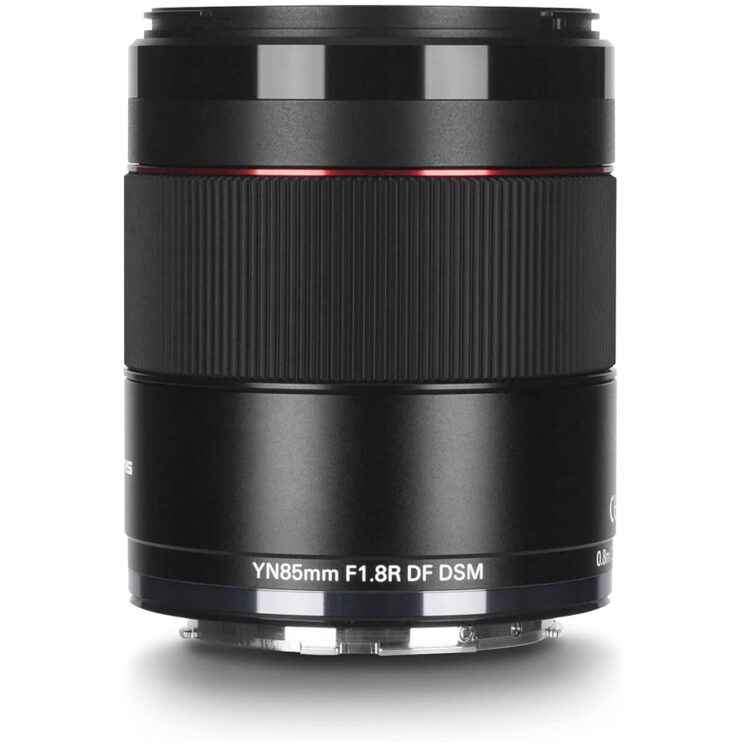 The fast f/1.8 aperture comes with 7 aperture blades. Inside the lens, 9 elements (one of which is low-dispersion) are housed in 8 groups with nano-multilayer coatings to increase light transmission and reduce ghosting and flare. A lens hood is provided to further help eliminate flare from your images.

It doesn’t appear to be available to buy or pre-order anywhere yet. So, for now, if you want more information, you’ll have to check the Yongnuo website. But it’s expected to be priced at around $350 in the USA or £250 in the UK when it does become available. I suspect it won’t be long before we start seeing it pop up in the usual places if reviews are already out there.