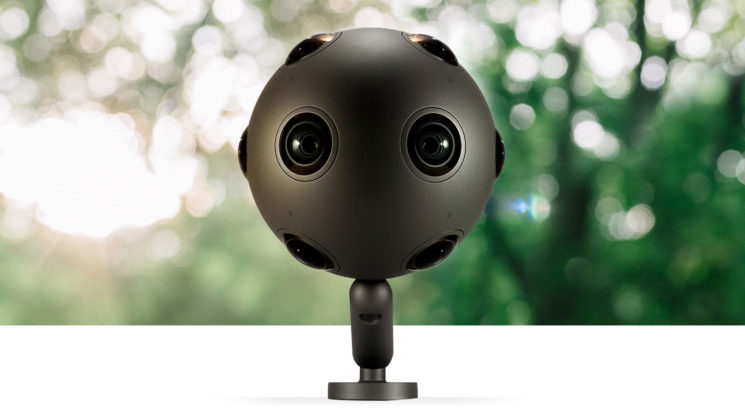 It probably won’t come as much of a surprise that Nokia have pulled the plug on their $25,000 Ozo VR camera. At least, not as much as it has come to the up to 310 Nokia employees (30% of their workforce) that are about to be laid off. Nokia blame the “slower-than-expected development of the VR market”, apparently.

Basically, we aren’t buying VR gear fast enough. So, it’s all our fault. Well, what did they expect when they put out a special use niche camera for $25K? Although, to be fair, this is less than half of its initial launch price of $60K. Still a little high, even for the somewhat higher end of the VR market.

Nokia targeted the Ozo towards Hollywood Filmmakers. 8 global shutter 2x2K cameras each with 195° field or view provides stereoscopic 360° images and video with 4K resolution to each eye. It also features 8 microphones for full spacial audio from every direction. The sound, like the viewpoint, gets mapped to the headset orientation. It’s an impressive piece of kit. So much so that Nokia collaborated with Disney.

VR headsets, though, are still quite prohibitively expensive for most people. At least, they are if you want a decent one. Short of sticking on your smartphone in a fancy case that straps to your head, there aren’t really any “average consumer” products out there that are any good.

And according to a press release Nokia put out, that’s essentially the cause of the Ozo’s downfall. The growth to consume 360° and VR content just hasn’t happened as quickly as Nokia would have liked. So, they’re not making enough money.

In digital media, the slower-than-expected development of the VR market means that Nokia Technologies plans to reduce investments and focus more on technology licensing opportunities. The unit aims to halt development of further versions of the OZO VR camera and hardware, while maintaining commitments to existing customers.

The potential reductions are expected to affect up to 310 of the roughly 1090 employees in Nokia Technologies, mainly in Finland, the US and the UK. To start the process, Nokia today has invited employee representatives of Nokia Technologies in Finland to cooperation negotiations.

The rapid development of 360° and VR technology from a creation standpoint has also developed extremely rapidly. And the costs to acquire the hardware have fallen pretty drastically, too. The Insta360 Pro, for example, announced only recently, while still quite pricey for the average content creator is a mere $3,500. Practically pocket change compared to the Ozo’s price tag.

The tools to create have just become so much cheaper. For the average consumer, 360° handheld cameras aren’t as expensive as they once were. Insta360 also produce iPhone and Android compatible 360° cameras that cost very little.

Even for standalone handheld 360° cameras, you get a lot more camera now for your money. 18 months ago, for example the Ricoh Theta S was $350. It shoots 1080p, it’s a bit clunky to use, and requires that you upload to Theta’s website to view your images. Now, for $399 you can pre-order a YI 360 VR camera, which shoots up to 5.7K video and live streams to Facebook and YouTube in 4K.

But, the 360° and VR consumption technology is still too pricey for the majority to justify the purchase. We’re being overwhelmed with content that we can’t adequately consume.

The Ozo+ is, for now, still listed as being available on Nokia’s website, for only $25,000. But it looks like this will disappear when stock runs out.

Staff attacked with bear spray during robbery at The Camera Store, Canada