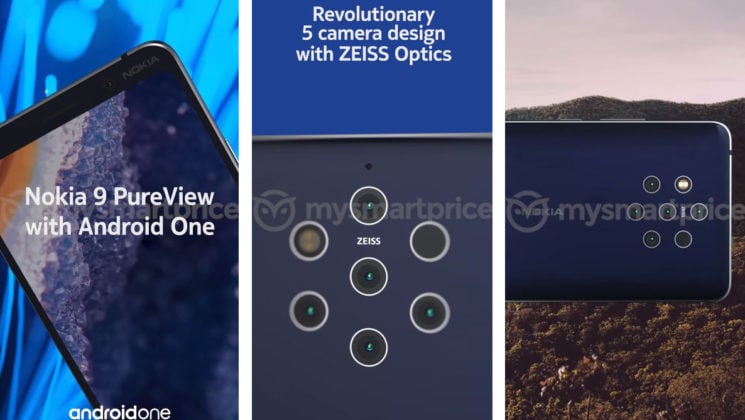 A few months ago, leaked photos showed that Nokia was working on a five-camera smartphone. The company hasn’t launched any official details yet, but a video recently published by MySmartPrice suggest that Nokia 9 PureView could be launched as early as January 2019.

Nokia 9 PureView will have five separate lenses and a flash arranged in a circle. The video revealing the phone’s look was posted on MySmartPrice, but also on by Evan Blass on Twitter. Reportedly, it is a promotional clip Nokia created to present its new phone.

In the video, you can see some of the features you can expect from Nokia 9 PureView, such as capturing 10 times more light than with a “regular smartphone camera color sensor,” improved texture and detail, and crisp HDR shots. You’ll also be able to refocus after the shot within Google Photos. The five cameras have ZEISS optics, and they’ll reportedly be able to capture photos all at once.

MySmartPrice writes that Nokia 9 PureView could be formally unveiled in January 2019, about a month before the Mobile World Congress in Barcelona. And if this indeed turns out to be true, this will be the first of the rumored multi-camera smartphones we’ll get to see on the market in 2019.