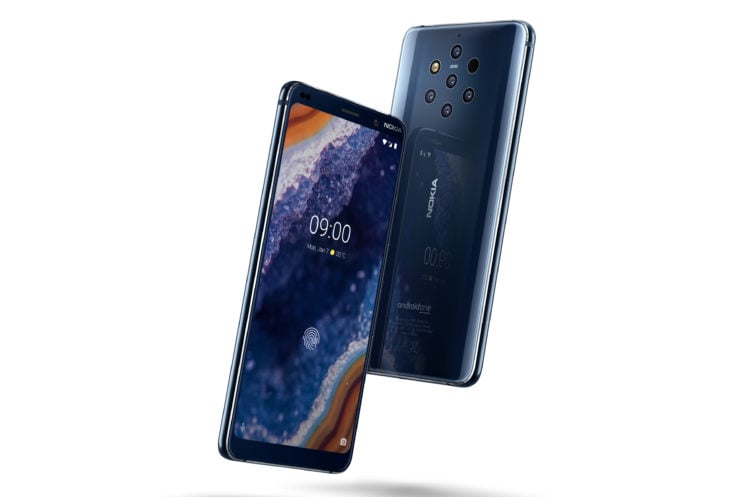 Nokia’s five-camera smartphone was rumored last year, with some images leaked showing the rear camera setup. And now, HMD Global has finally officially announced it at the Mobile World Congress in Barcelona. The Nokia 9 PureView smartphone is real, and it really has five cameras with Zeiss optics.

The rear camera consists of five cameras with Zeiss lenses working simultaneously. Two of them are RGB and the remaining three feature black and white sensors. In addition, there’s also the sixth time-of-flight depth module, which captures additional depth information of the scene you’re shooting. Each of the cameras features 28mm focal length, a 12 MP sensor, and f/1.8 maximum aperture. It means that, unlike some other multi-camera phones, the Nokia 9 PureView doesn’t offer any ultra-wide-angle or telephoto capabilities. However, there is a purpose for all these cameras. 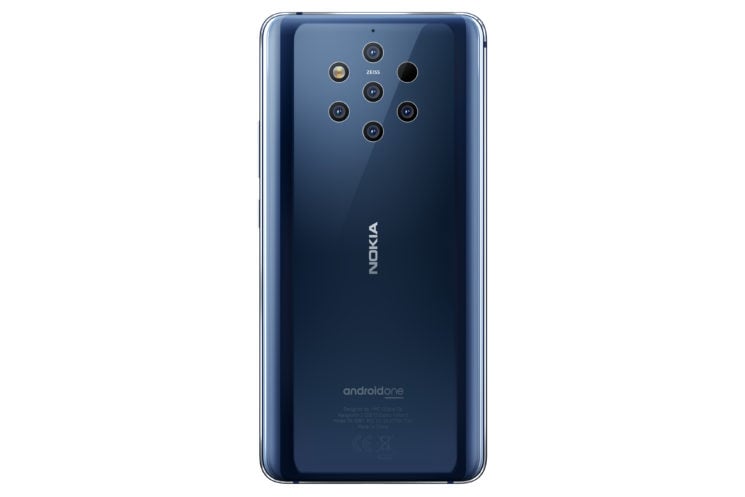 All five cameras capture the image simultaneously. The Snapdragon 845 chipset and a dedicated image processing chip combine them, and the resulting image should have better detail and dynamic range than photos taken by other multi-camera phones. Nokia promises 12.4 stops of dynamic range, which is quite impressive for a smartphone. Thanks to the three black and white sensors, you can capture native B&W photos instead of converting color images after capturing them.

Another perk of all these lenses (and the sixth depth module) is that the Nokia 9 PureView captures more detailed depth-maps with 1200 layers of depth data. This should allow for much better and more realistic results when using fake bokeh in portraits. Also, it lets you re-discover elements of your photo by re-focusing the shot later in Google Photos.

You can take photos in RAW DNG format. The 9 PureView supports Adobe Lightroom, so you can edit raw images directly on your phone.

When it comes to video capabilities, the Nokia 9 PureView enables shooting in 4K at 30fps and 4K HDR video recording. And as for the front camera, it features a 20MP f/1.8 camera with Tetracell pixel binning, which combines four pixels into one pixel in low light situations.

Finally, the Nokia 9 PureView can also make phone calls. But, who uses a smartphone for that nowadays, heh? Joke aside, judging from the sample images on Nokia’s website, this phone produces some pretty high-quality images. I hope that they didn’t follow Samsung Malaysia’s recipe for sample images, though.

The Nokia 9 PureView is coming at the price of $699, which isn’t bad at all. The price in Europe will be €600, and the phone will be available in March 2019. According to various sources, HMD Global will only be manufacturing a limited number of the 9 PureView phones. This means that, when it’s out of stock, you won’t be able to buy one anymore. So if you’re interested, don’t miss it.