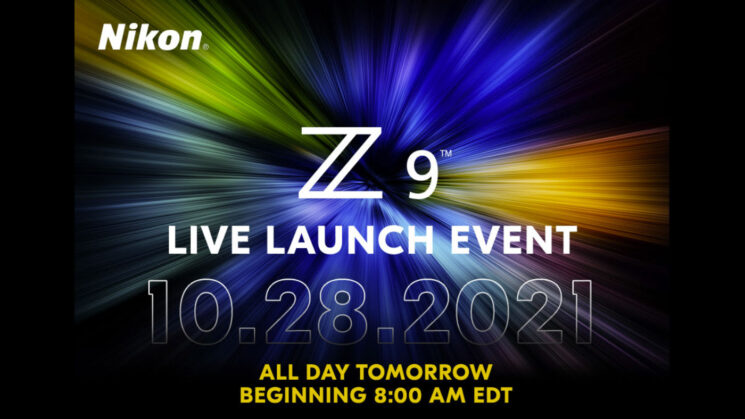 Well, it looks like we won’t have to wait another week between the final teaser and the official announcement for Nikon’s upcoming new Z9 flagship mirrorless camera. The fourth and final teaser just went live and Nikon has also posted an official Z9 launch event, which will apparently last the entirety of October 28th, starting at 8am Eastern.

The fourth teaser hints at both the speed of the camera as well as its potential slow-motion video capabilities. Other than that, though, it doesn’t reveal much else. But, we don’t have long to wait now.

As well as the Nikon Z9 mirrorless camera itself, Nokishita reports that Nikon is also expected to release a new FTZ II lens adapter and at least two new Z mount lenses, including the 100-400mm shown off in the second teaser. The other, they say, is an “F4 standard zoom lens”, which may possibly be the 24-105mm shown on the Nikon Z roadmap.

Below are the rest of the teasers leading up to the release of the Nikon Z9.