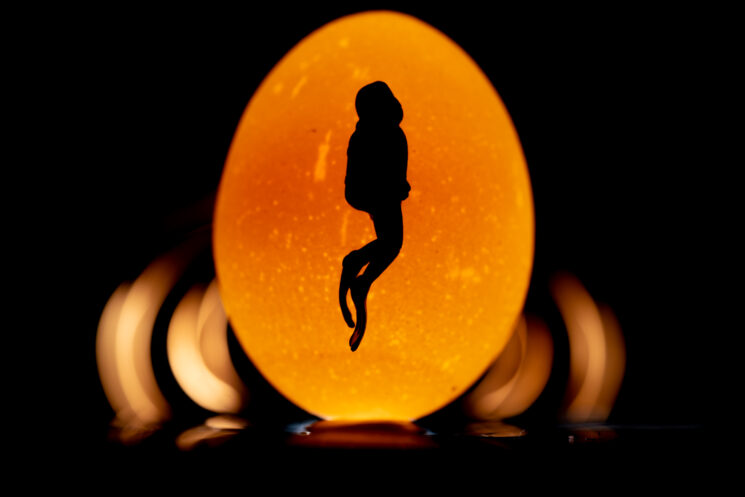 We’ve already met photographer Udi Mozni through his creative miniature images. He shoots everyday objects and turns them into something completely new. So, it’s no wonder that he reimagined an egg as a little planet. I asked Udi a bit about his process, and he kindly shared it with DIYP.

Udi uses a Sony A7Riii for most of his miniature shots, pairing it with a 90mm Sony macro lens. The setup was the same this time as well. As for the lighting for this shot, it’s pretty simple. Udi used just one speedlight, with a MagSnoot and an orange gel. He placed the light exactly behind the egg and the goal was to get a silhouette. So, he set his camera on ISO 160, f/6.3 and shutter speed of 1/160s. Here’s the setup… 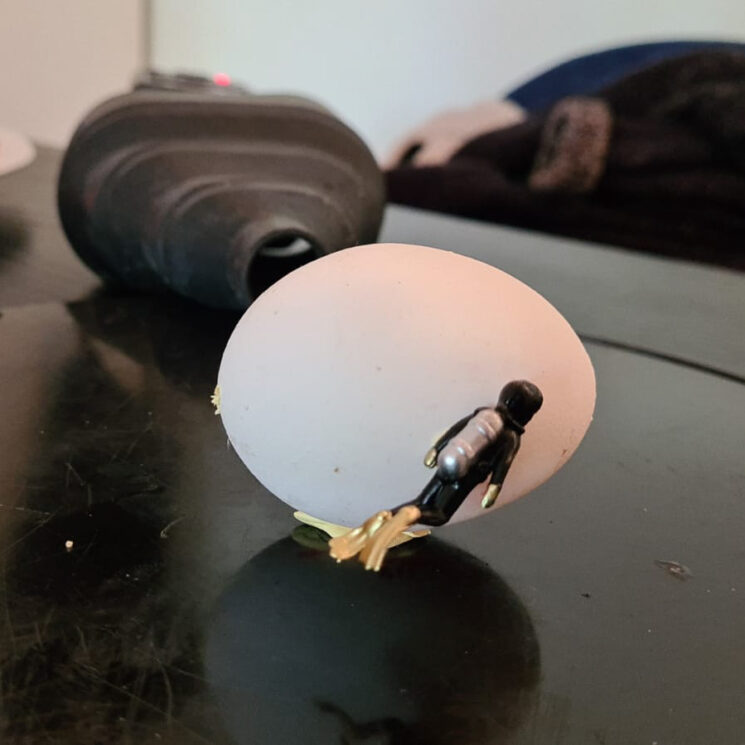 …And here’s the final result.

I like how simple this photo is. After all, great ideas are often pretty simple, right? If you want to try it, you can “squeeze” the egg in Photoshop a bit to make it rounder… But then it wouldn’t be only practical effects. Still, I encourage you to try something like this, especially if you’re stuck at home right now.

“As always, I’m searching for ways to be creative and I’m trying to shoot photos that I imagine in my mind,” Udi tells me. He describes his thought process with a verse by his favorite rapper, 2Pac Shakur: “I feel his hand on my brain, when I write rhymes I go blind and let the Lord do his thing.”