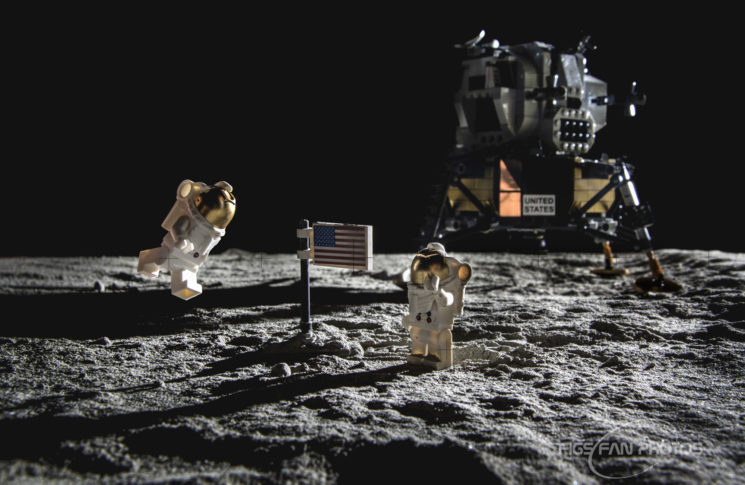 This year marks the 50th anniversary of the Apollo 11 mission. On 20 July 1969 astronauts Buzz Aldrin and Neil Armstrong set their feet on the surface of the moon. And in 2019, many people have paid tribute to them in all sorts of ways. Hungarian photographer Lampert Benedek was one of these, and he did it in his recognizable fashion: with LEGO.

Lampert used the popular toy bricks to recreate the iconic photos of the Apollo 11 mission. He kindly shared his work with us, as well as some backstory. And since he used mainly practical effects, the BTS images are as fun as the finished ones.

With this series, Lampert wanted to pay tribute to all of the people who participated in this incredible project. He did a lot of research on the moon landing before taking photos because he wanted to recreate this historic journey as accurately as possible.

Lampert tells us that he spent hours with each of the photos. Other than using LEGO, he built some stuff himself. For example, the Saturn V photo was the most complicated one. He had to draw, cut and assemble a launch tower out of cardboard, and it took him about a week to complete it. He used lots of cotton wool balls to create a massive smoke effect. It was a demanding scene to create, but I’d say it was well worth the effort. 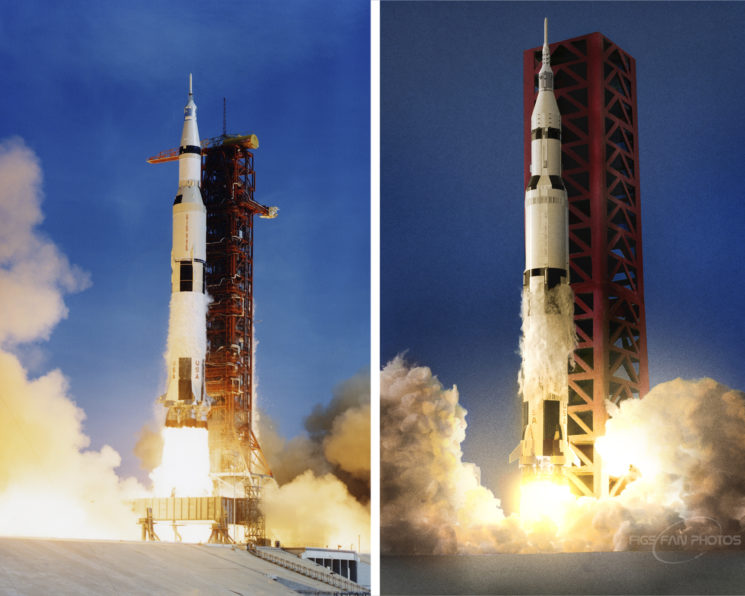 My personal favorite photo from the series is the one showing Columbia and Eagle modules above the Moon’s surface. The challenge here was to faithfully recreate the craters, and Lampert did it in a pretty clever way. He used sand and simply dropped round objects of different sizes onto it, allowing them to form “craters.” With some great lighting added to the scene, he created a truly captivating image: 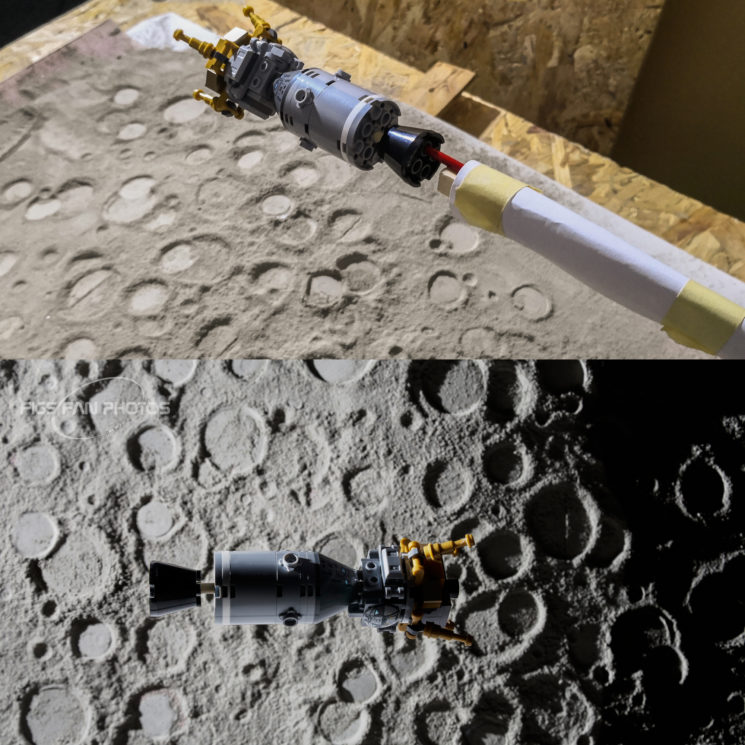 Other than building scenes from scratch and placing everything properly, lighting was also one of the challenges Lampert faced. He had to experiment and test out different setups to recreate the light from the original images. And in my opinion, he nailed it. You can see more of the BTS shots and footage in the video below and learn about his process.

I think that this project works on many levels. It’s a tribute to the event which marked “a small step for a man but a giant leap for mankind.” But it’s a playful and fun tribute that brings a smile to our faces, considering that it was made with LEGO. Last but not least, it shows us that creativity and imagination can help us create and recreate whatever we can imagine. All in all, I find it inspirational and really fun and I hope you will, too. 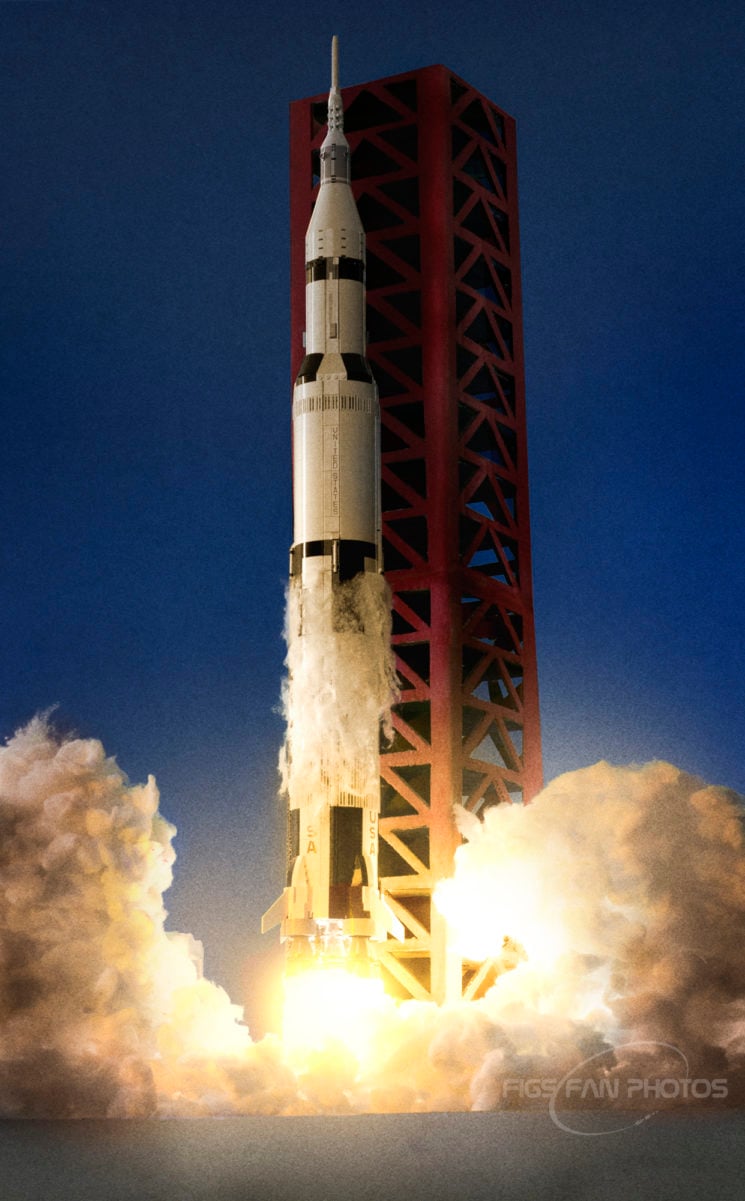 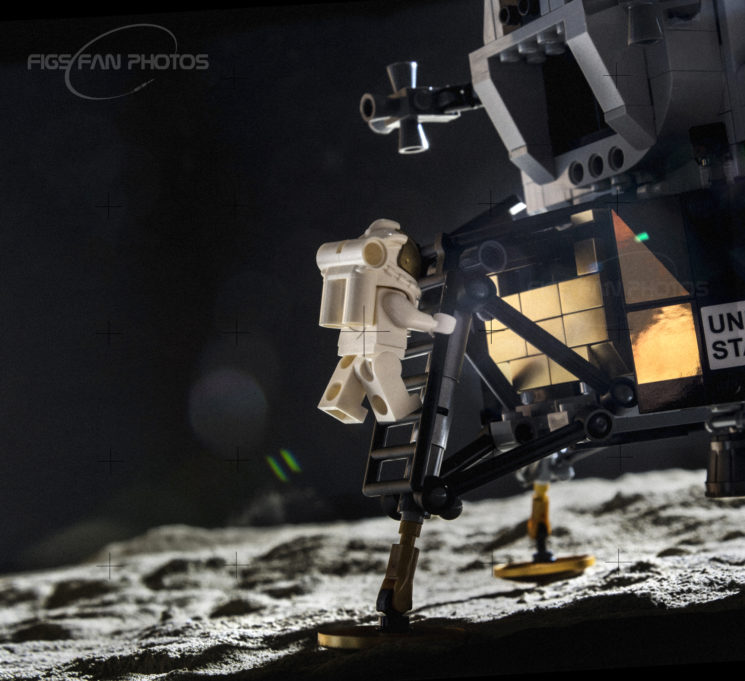 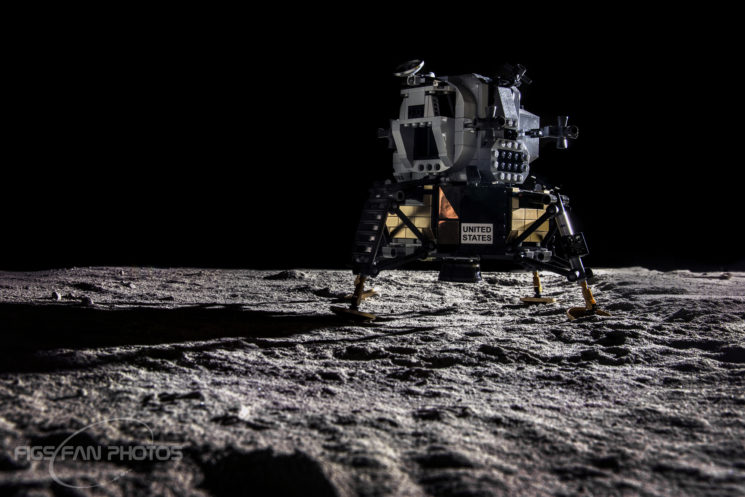 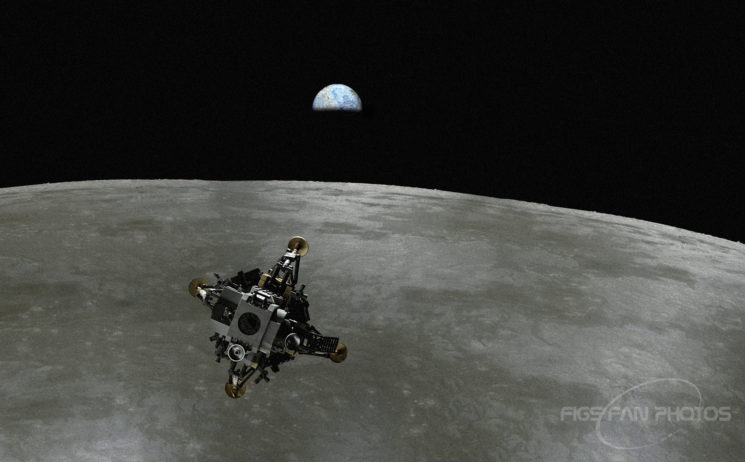 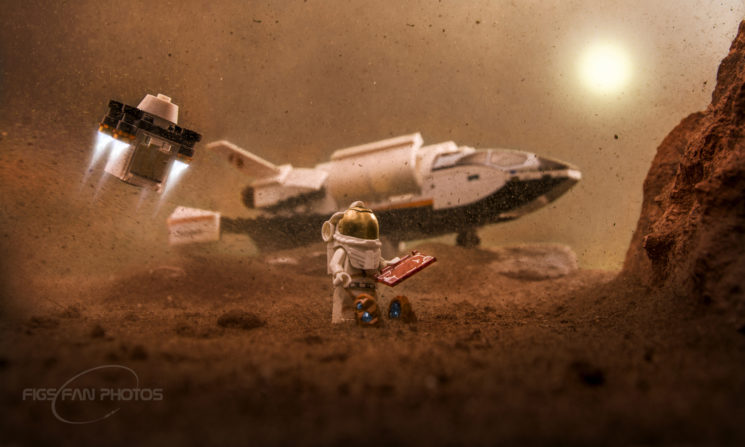 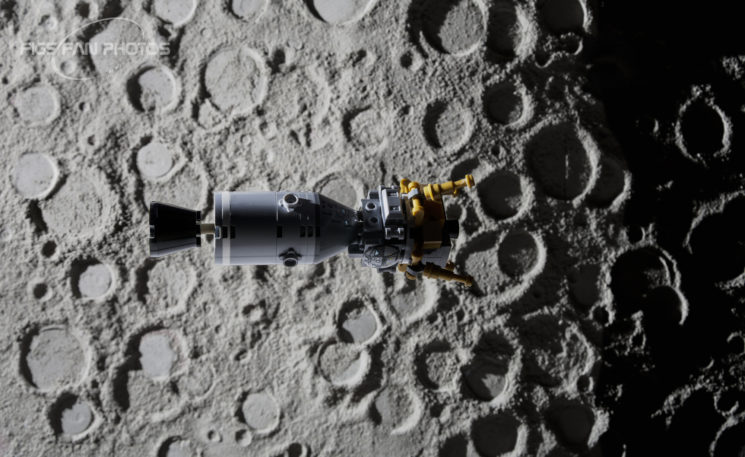 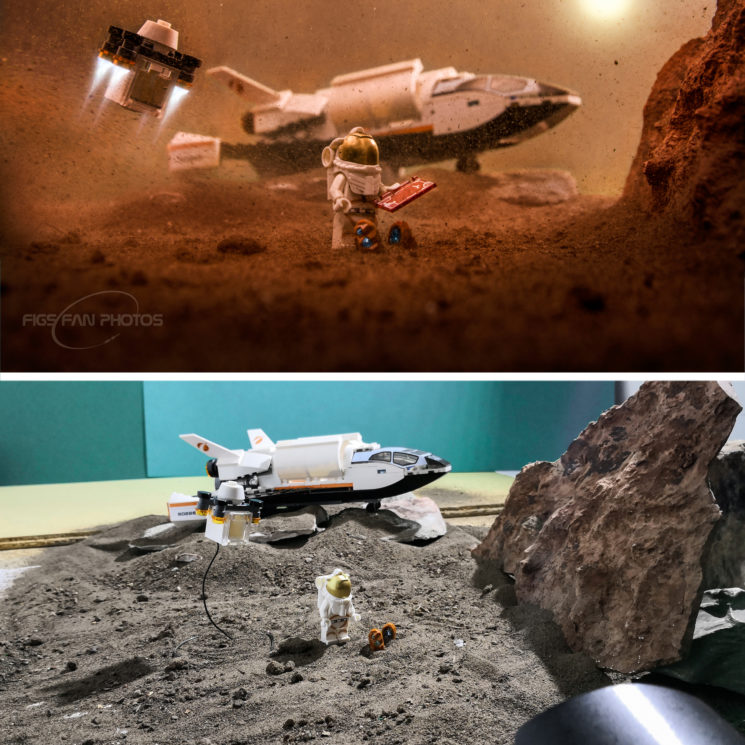 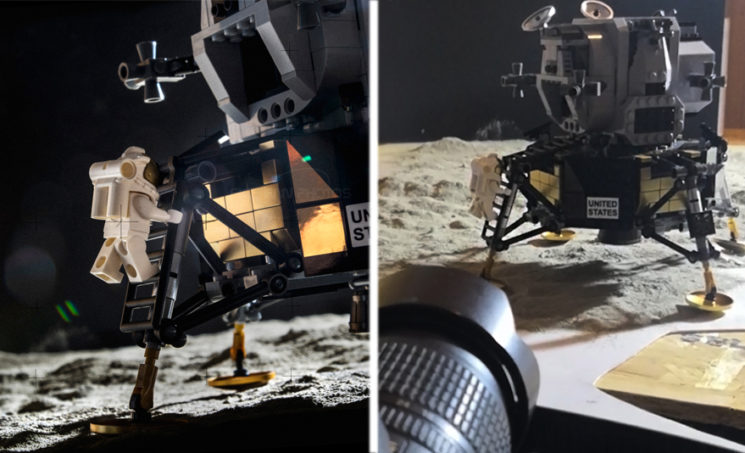 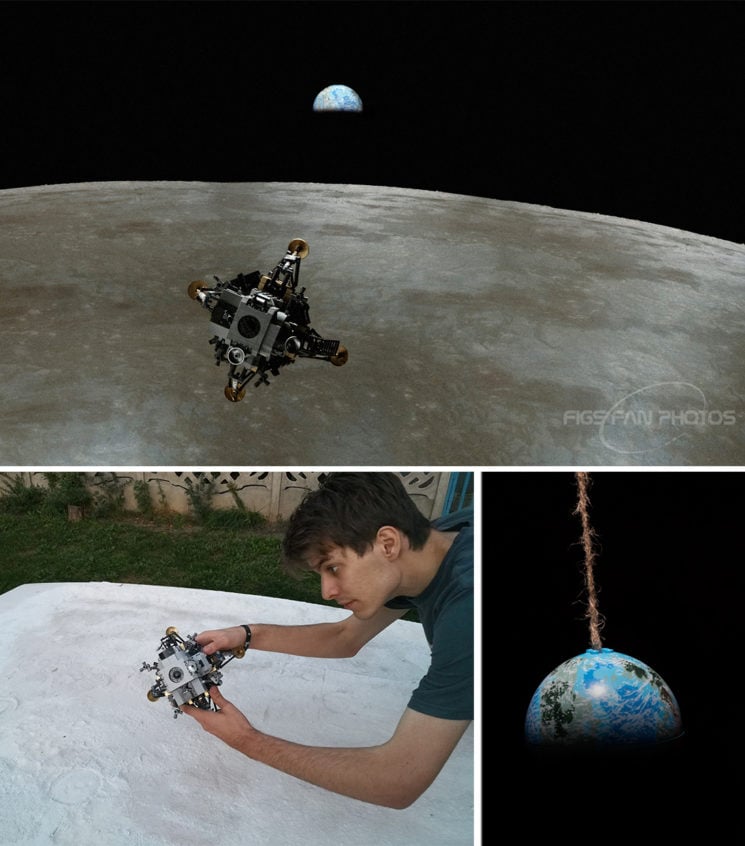 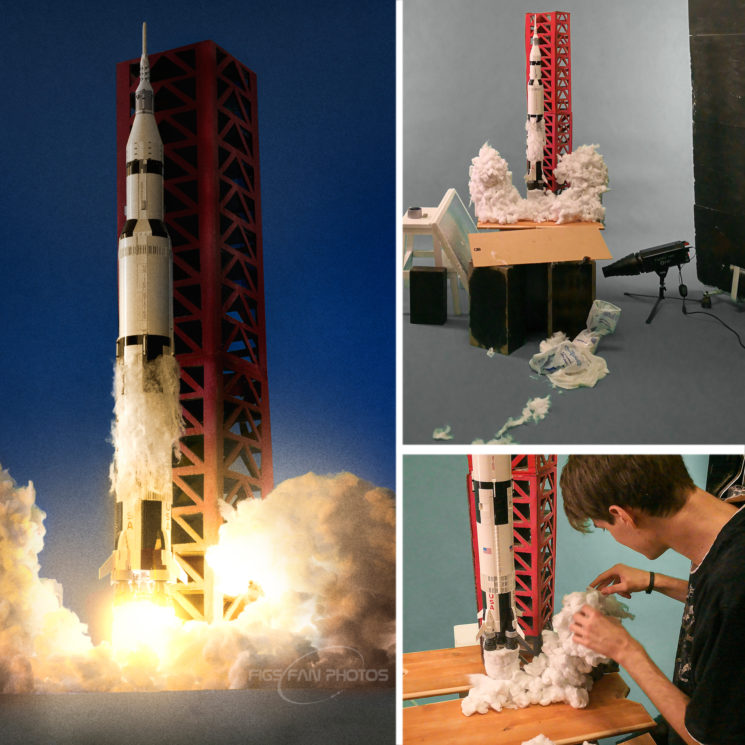 « Do you recognise any of these types of photographers? If not, it’s probably you
Over $100,000 worth of camera gear stolen from an L.A. studio »