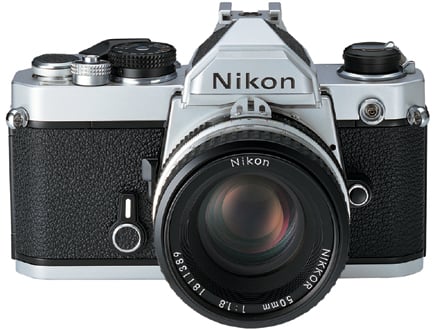 The Nikon Photo Contest has been running annually since 1969. Even with roots that go back, however, the company isn’t afraid to move on and not look back. With the announcement for this year’s contest also came news that Nikon is banning film photography again.

That’s right. Again. I’d tell you that there’s old vintage Nikon cameras out there right now going “Et tu, Brute?” to the news, but apparently the company’s had this rule for a while now in the contest’s past few yearly runs; there’s absolutely no scans of film pictures allowed in entry.

Is it for a technical reason? I’d consider the fact that scans might make it confusing to judge based on quality, but that’s just too small of a problem for a company to make an outright ban. If I can point to a reason why Nikon’s doing this, it’s probably because of marketing. The prize money may be 1,000,000 yen, but Nikon’s been targeting young photographers heavily – offering them 300,000 yen in Nikon products as prizes in the contest.

Even if it was for marketing reasons, this is still perplexing. If anything, film is starting to gain more popularity these days than it was before, and younger photographers are the ones into it. Then again, maybe none of this is really that perplexing at all. There’s just some companies that don’t know how to market, and unfortunately, to me Nikon’s never really been the best at it.

Make it or break it: Lensrental shares its annual gear repair rate report