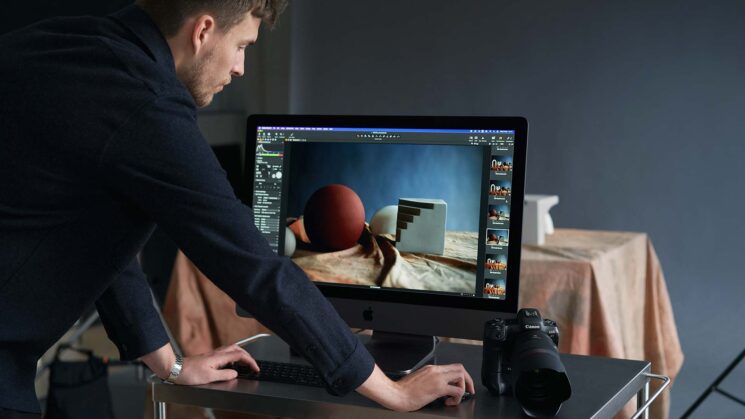 Capture One has sent out an email to customers stating that changes are coming to its perpetual license model. It’s doing a bit of an Adobe and switching over to a primarily subscription-based approach, with new features being added to the application as they’re developed and become available rather than doing a major update each year. This has a few implications for existing perpetual license holders, but it’s not really a bad thing.

The new method of updating the application regularly with new features and there no longer being an annual release cycle means that we won’t see a Capture One 24 being released next year. Perpetual licenses will not see new features coming, either, although they will receive bug fixes. Upgrade pricing is also going to be disappearing, too, in favourite of a mysterious “loyalty scheme” model.

Over the past few years many of you have told us you want access to new tools and improvements sooner, rather than have them all in one ‘major’ version of Capture One Pro at the end of each year. That’s why we’ve been investing heavily in our technology to be able release features to you as soon as they are ready. Now we’re ready to fully embrace this approach.

From 2023 we will no longer be tied to an annual cycle for major releases. As a result, there will not be a Capture One 24. Instead, we will continuously release new tools and features on a rolling basis throughout the year.

Alongside this, we will also be making changes to our perpetual licenses from February 1, 2023. Here’s what’s changing:

Here’s how it affects you:

Happy with your current version of Capture One Pro? Great, there’s nothing you need to do.

If you do want to get our latest version, Capture One Pro 23, our upgrade pricing is open to you until January 31, 2023. By purchasing before this date you will receive all updates including new features until September 30, 2023. You can access this by logging into your account on our website.
You can find more details of the changes and how it affects you on this page.

Thank you as always for being part of the Capture One community. We’re excited to share our new products and features with you over the coming months, and hope you’ll enjoy using them as much as we have creating them!

Thank you,
The Capture One Team

In short, this gives both types of user – those who prefer the perpetual license model and those who prefer a subscription model – a solution to their needs. The perpetual license model will keep on working forever, without any updates – in the same way that you can still use Adobe Creative Suite CS6 today without paying another penny and getting no updates. For subscription users, though, just like with Adobe’s Creative Cloud, once you stop paying, you lose your access to the software.

The new changes are coming into effect on February 1st, 2023 and for existing Capture One users, upgrade pricing to Capture One 23 is available until January 31st, 2023. You will get all updates, including new features that are added to Capture One 23 until September 30th, 2023. Users who purchase a perpetual license from February 1st will not get any updates to their Capture One software except for bug fixes. More information on the loyalty scheme will also be released on February 1st.

Personally, I think this is a fantastic idea, and it’s what I always felt Adobe should have done almost a decade ago when they switched from the Creative Suite to Creative Cloud. This is a smart move for Capture One and one that benefits both types of customer.

You can find out more about the changes on the Capture One support website.

If you’re using an old perpetual license version of Lightroom 5, back up your installation file

« Is Ricoh finally giving up on Pentax DSLRs and leaving the camera business?
The journey to incredible dog photography (+ pictures) »