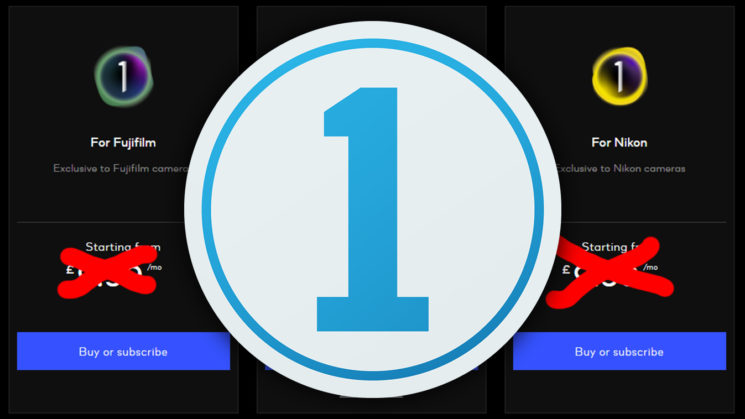 According to a report on PhotoRumors, the folks at CaptureOne are about to significantly bump their perpetual license cost for Capture One for Nikon, Fuji and Sony from $129 up to a whopping $199 with monthly subscription starting prices (for the annual-but-still-monthly-non-prepaid-deal) going up from $9.99/mo to $14/mo.

The information comes from what appears to be a leaked press release stating that Capture One will be increasing its prices from January 11th. They will, however, apparently be also increasing the number of activations to two per license – so that you can run it on say, a desktop and a laptop – similar to the way Adobe and Blackmagic license their software. Although, the current licensing also says “2 seats”, so not sure how it’s different.

This is the quote PhotoRumors published, which presents as if it’s been written by Capture One, justifying the new pricing structure.

The price updates take effect on January 11, 2021. Existing subscription plans will not be affected by these changes. New customers – and customers seeking to upgrade their license – can still purchase their preferred product or upgrade at the 2020 price before January 11.

For comparison, here is what Capture One currently costs… 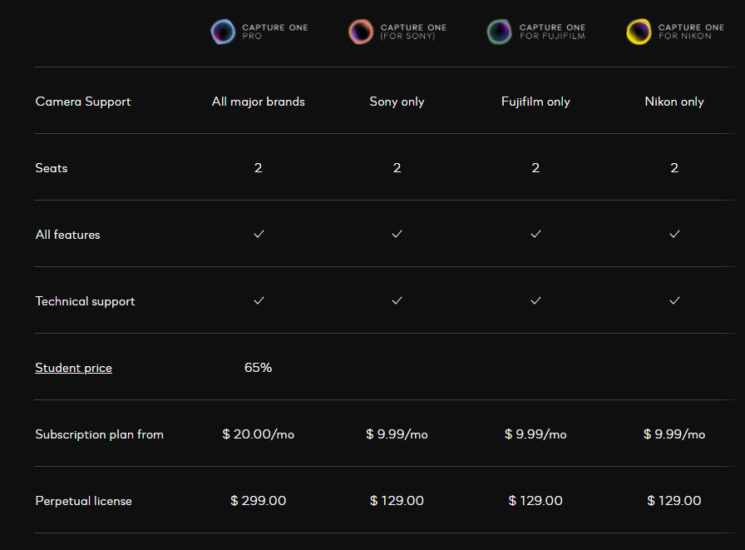 And here’s what they say they’ll allegedly be going to on January 11th.

That’s a pretty significant hike in price, and given how often many people seem to swap camera brands these days, it wouldn’t surprise me if Capture One is simply trying to outprice the brand-specific versions to attract more people to pick up the full version (priced at $299). For the cost difference, it hardly seems worth going for the brand-specific version anymore. The big savings on the price was part of its whole appeal for users of those cameras.

If the report is accurate, though, new users coming to Capture One and subscribing after January 11th, will be charged the new, higher rate.

There is some good news, though, for existing subscribers, who will continue to be billed at their current rate. It won’t go up unless they decide to cancel and restart the subscription at a future date. So, if you’ve been thinking about getting Capture One, Pro, it might be worth locking in your choice with a subscription now, before the price goes up.

We haven’t heard anything official from Capture One themselves yet, but if we hear anything from them or see an official announcement, we’ll let you know.

« Canon EOS M to be killed off in 2021, two new APS-C RF mount cameras to be announced
Nikon no longer offers international warranty for lenses and accessories »