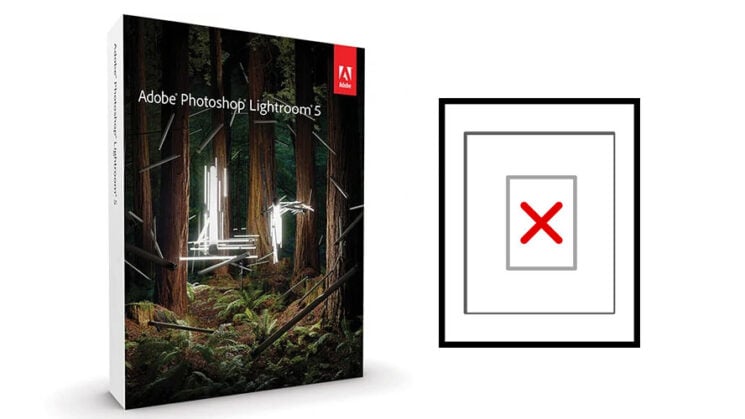 A recent post on Reddit has highlighted a potential issue for users of Adobe’s perpetual license version of Lightroom 5. Basically, if you bought the digital-only version and don’t have a physical CD from which to install (or you do but you’re using a computer that no longer possesses an optical drive), you may not be able to easily download the installation files again if you ever need to reinstall it on your computer.

Previously, you could download older versions of the software for which you had a valid license and the Reddit user pdaphone says that when they logged in, they could see their serial number, but was unable to download the software through the Adobe interface. Fortunately, it seems like there is a solution. At least for now.

The Redditor says, “I have and use Lightroom Classic V5 from years ago. It does what I need and don’t need another subscription at this point”. It’s a sentiment that many of us have felt. It’s why I still use Photoshop and Audition CS6 – all of the rest of the Adobe suite has been replaced by apps from other companies in my daily workflow and Photoshop and Audition CS6 give me all I need.

But for pdaphone, upon having to reset their Microsoft Surface from scratch, they were unable to find a link to download the Lightroom 5 installation file. Fortunately, they managed to luck out. They found that the installation file for Lightroom 5.7 was still in their Downloads folder on OneDrive and was able to install it fine. But if they hadn’t, they might have been in a sticky situation. And despite having found it, they’re still a little upset that Adobe seems to have removed the option to download it from the user interface when logged into the site.

I wonder… Had they not managed to find it at all, would they still have posted their story to Reddit?

I would like to hope so because then they would’ve discovered that all is not lost and that others have faced the same challenge and managed to overcome it. One user spoke to a live person in customer service who was able to provide them with a download link. Another was able to get a link sent to them via their email tech support.

One user attempting to be helpful pointed out that Adobe has an FTP server on which they keep old legacy versions. When I checked it out, though, the most recent version of Lightroom I could see on there was Lightroom 3. There were folders there for Lightroom 4 and 5, however, they were both empty, with not a single file within either of them.

Another, though, posted a link to the Internet Archive Wayback Machine, which has mirrored a legit copy of the Lightroom 5.7.1 installation file.

So, if you’re still using Lightroom 5 and you don’t want to have to deal with talking to Adobe Tech Support to get the link, Internet Archive to the rescue. Do note, though, that when you install it, just as if you’d downloaded it from Adobe themselves, you will still be required to provide a valid serial number in order to set it up and use it.

And once you’ve downloaded it, back that file up, because there’s no telling how long Adobe may continue to make the file available through support, nor if it’ll remain up on the Internet Archive forever. And once it’s gone, it’s gone – whether you have a license to use it or not.

Personally, I thought it was simply common sense to backup installation files you download – especially if you’ve paid for them. But I’ve been on the Internet since the mid-90s, so it’s just something I’m used to doing. There’s no telling when a company will just pull the download link to a piece of software (especially if it’s old) and it’s no longer available or the company, its website and all downloads disappears forever (unlikely to happen to Adobe, but it does happen).