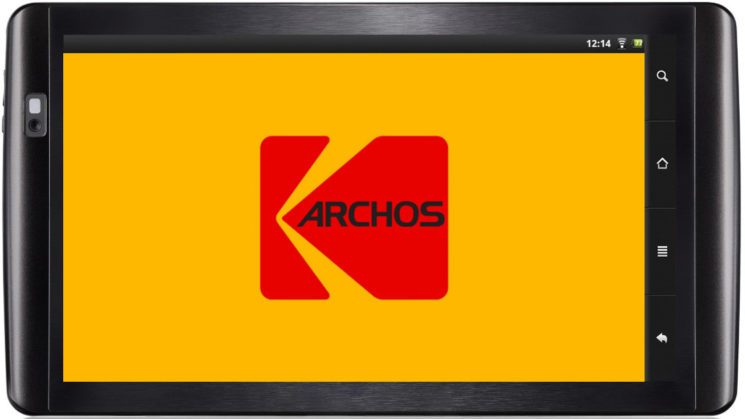 Kodak seem to be making great efforts with regard to film lately. They still seem to struggle with the digital world, though. Ok, so Kodak is a shadow of its former self, commonly just licensing its name to the highest bidder. But, you sometimes have to ask, what’s the point?

For those who’ve never heard of Archos, they make a line of low budget mediocre Android tablets. They also used to make a not terrible range of portable photo backup devices (whatever happened to those?) and mp3 players. Now, Kodak have announced that it has selected Archos as a brand license in the European tablet market.

Kodak say that this latest extension of Kodak’s brand licensing program follows on the heels of the “successful” European launch of hte Kodak Ektra smartphone. Exactly what their definition of “successful” is, I’m not sure, but I’ve never met anybody who’s actually bought one. Most of the reviews I’ve seen also don’t paint it as anything special, either.

We are excited to be adding ARCHOS to our portfolio of brand licensees. ARCHOS has a strong track record in the computer tablet sector. The French brand was the first to introduce a GOOGLE ANDROID tablet in 2009 and is recognized as a key player in the European tablet market with broad retail presence.

They also say that the produces will “combine chic design with the latest technologies”. Apparently, “latest technologies” means 3G and an 8MP back camera. So, not 4G and no mention of a front camera (the only one really worth having on a tablet). But it will have a bunch of its storage space taken up by preloaded apps to “provide photo and video enthusiasts with creative options”.

I guess we’ll just have to wait and see. Maybe they’ll surprise us. If it has a 1080p IPS screen, I might even get one. Even if it does only end up serving as a remote control for DSLRs.

The Kodak tablets are expected to be available in stores across Europe before summer 2017. No word yet on actual specs or prices, though.

« How to turn off that annoying grid in Photoshop when you zoom in.
2017 will be the year that film makes its big return »