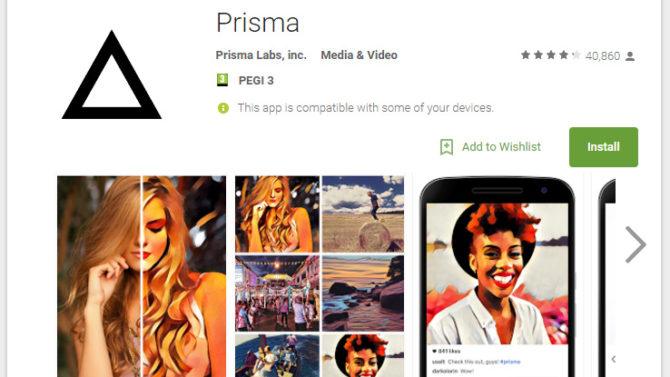 Yup, that’s right, after a super brief beta period of only a few days, Prisma is now available for Android. The wildly popular iOS app has over 10.6 million downloads since its launch a short time ago.

Prisma shows no signs of slowing down with over 1.55 million daily active users and over 400 million photos “prismed”. Opening up the software to Android adds a huge chunk to their potential userbase.

The Android version includes the same features as on iOS. It contains over 30 filters, which Prisma say they’ll be pruning to remove the least popular and add some cool new ones. It lets you use photos from your camera roll or shoot a new one from within the app.

There’s still no video support yet, but Prisma told The Next Web that feature should launch in “a week or so”. Live video support is planned for the near future.

You can download Prisma now from the Play Store for Android or from the App Store for iOS.