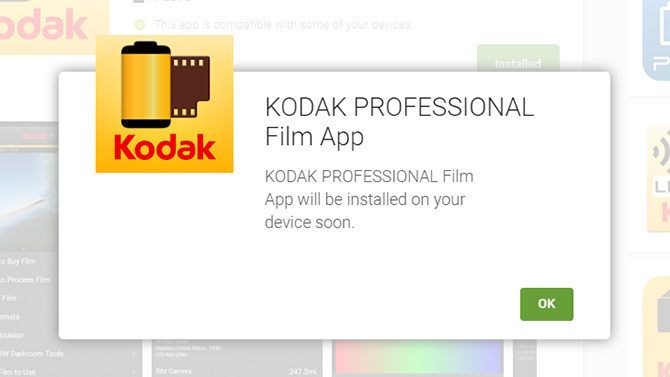 Kodak released its free Professional Film App for the iPhone in 2012, and it’s seen a couple of small updates since then. Now, they’ve released both iPad and Android versions of the app.

As somebody who got back into film a few years ago, I’ve kept my eye on various apps that have spawned for iOS and Android. I’ve still not found anything that lets me do everything I need, but the Kodak app has proven to be occasionally helpful.

The Android version looks pretty much identical to the iPhone, and offers the same set of features.

As you’d expect, the app will allow you to find nearby locations where you can not only buy Kodak film, but also where you can get your C41 and black & white film developed. 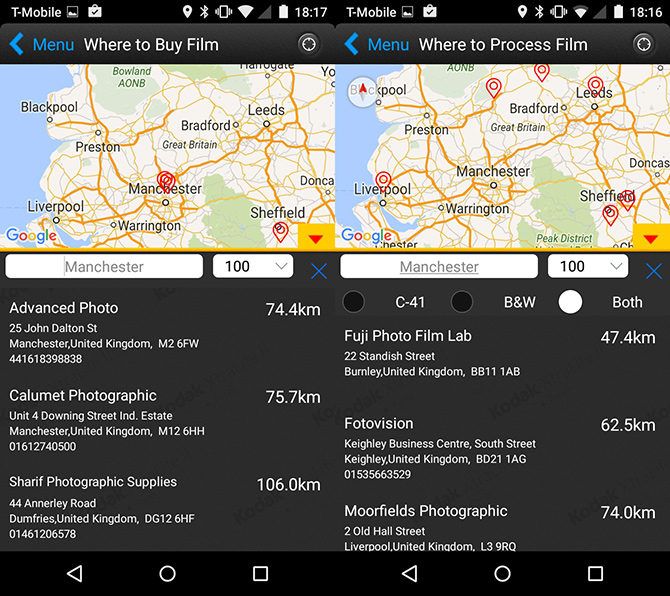 One feature that is handy, but also has no shortage of alternative apps available, are sunrise and sunset times anywhere in the world and for any date. It’s even less useful when you realise how wildly inaccurate it is.

Both the iOS and Android versions present identical times to each other, however neither of these are correct with the real world. 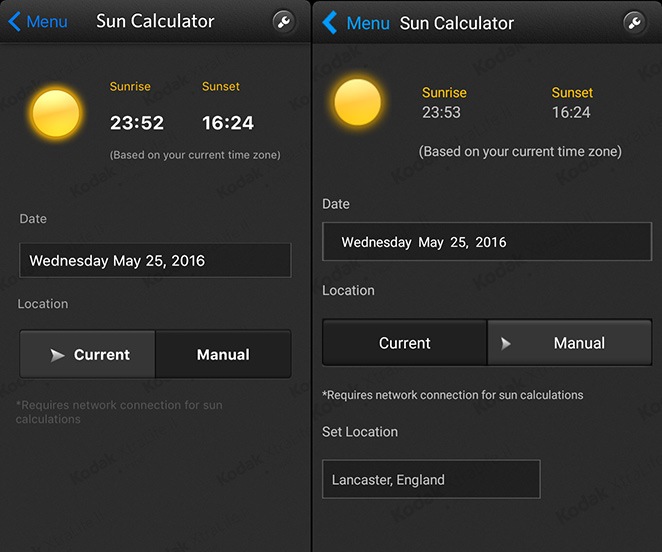 As you can see, Google presents us with very different times.

One potentially very cool feature, however, is the Black and White Darkroom Timer. At least, it is if you develop your film yourself and don’t need to rely on labs. 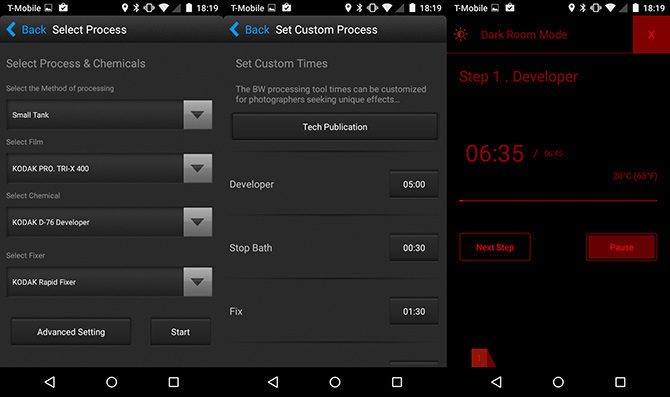 I say potentially cool, because I don’t feel it’s quite there yet. While many shoot Kodak film, not everybody uses Kodak developer, or Kodak fixer. We also often shoot Ilford or other films as well, or use non-standard processes, such as stronger or weaker dilutions of developer, and stand development.

It makes sense that Kodak would only list their own products, but it would be nice if they would allow us to save our own developing presets, so we don’t have to enter them manually each time. If we have to go to a different app to be able to do this, the darkroom timer feature here becomes redundant.

There is one feature that could be this application’s saving grace, and that’s the film suggestion list. You scroll through until you find the subject you want to shoot and it suggests films from the Kodak product line best suited to that type of photography. It tells you about that type of film, as well as linking to sample images and the technical specs.

It seems like a half-hearted attempt at an app that hasn’t really changed all that much since it was first released.

The film suggestion feature is nice, but it’s nothing you can’t find in a couple of minutes on Google, same with finding places to buy and develop your film. The remaining features can easily be replaced by other applications that actually work.

That the app is now available for both the iPad and Android, almost four years after originally appearing on the iPhone does offer some hope that that attention may once again being given toward development of this application.

If they can fix the Sunrise/Sunset Calculator, let us save our own presets for the darkroom timer, and possibly add a reciprocity failure calculator, it’d be a lot more useful and find a permanent place on my phone. As it stands right now, not so much.

Do you use the Kodak Professional Film app? What do you like or hate about it? What other apps do you use to assist when shooting or developing film? Let us know in the comments.

Canon brings its Digital Photo Professional software to the iPad