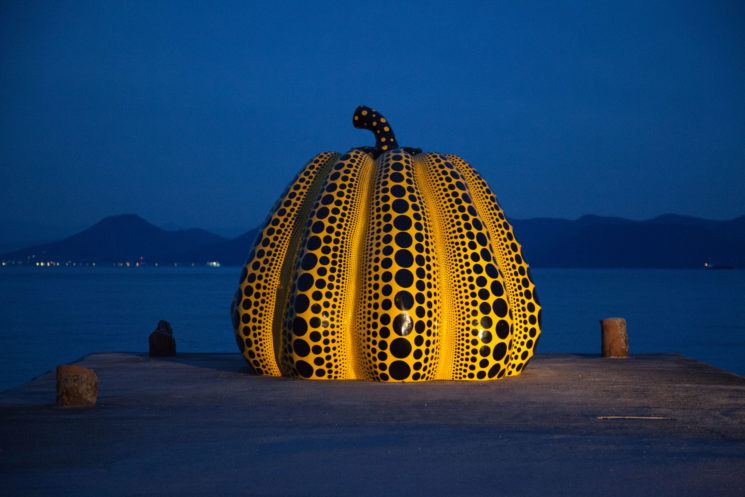 We already know selfies often go hand in hand with recklessness and stupidity. Japanese contemporary artist Yayoi Kusama felt this on her own skin. Only a few days after opening her exhibition, one of her highly-valued pumpkin sculptures was damaged – because of a selfie.

The exhibition “Yayoi Kusama: Infinity Mirrors” was opened in Washington, DC’s Hirshhorn Museum and Sculpture Garden on February 23. It quickly became the most popular exhibition in the museum’s history, with more than 8,000 visitors in four days. It’s one of the most essential art exhibitions of 2017, as it celebrates Kusama’s 65-year career.

Among other works, this exhibition features six captivating infinity mirror rooms, and one of them is filled with bright yellow polka-dotted pumpkins. This is where the incident happened. Just like the 126-year-old statue in Lisbon, one of Kusama’s sculptures was also damaged because someone desperately wanted to take a perfect selfie.

A visitor was snapping a selfie in the infinity mirror room when he lost his orientation and stepped on one of the pumpkins. The room was closed after this, and the Hirshhorn’s experts evaluated the damage. According to them, the installation suffered minor damage, and the room was reopened three days after the incident.

One of her pumpkin sculptures was sold for nearly $800,000 in 2015, so you get the idea how highly-valued her work is. However, it was a stand-alone work of art, unlike the damaged pumpkin which was a replaceable piece of a larger work. Nevertheless, I believe it’s quite valuable and pricey because of the artist’s popularity and appreciation in modern art circles.

As for the reckless visitor, the museum staff questioned him, but there was no arrest. They concluded it was pretty much an accident. But still, I’m once again shocked how recklessly people behave only in order to take a selfie. Some even get killed or kill others just so they can show off their face on social networks. The others are reckless and disrespectful near artworks and show no appreciation at all. I know infinity mirror room looks appealing for a selfie, but you could at least watch where you’re going and look around you instead at your phone.

Shoot Sculpture People Made With Starch And Sub-Woofer