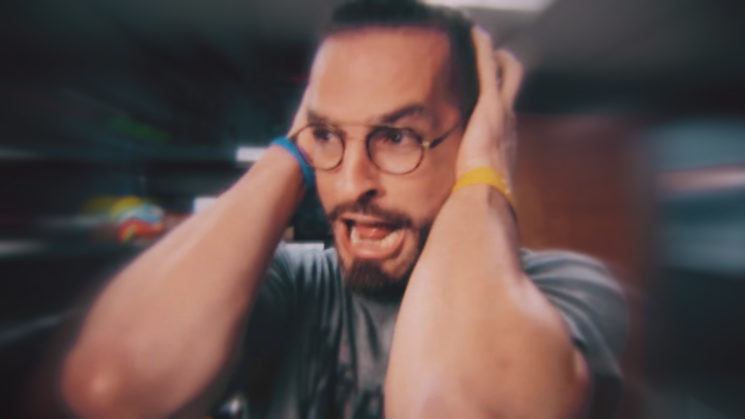 For anybody who’s seen the movie, Logan, there’s one scene that sticks out. If you haven’t seen the movie, then you may not want to keep reading (unless you’re not interested in seeing it but want to know the effect anyway). The scene is set in a Vegas hotel. Charles kinda loses it and Logan, quite literally, claws his way back to the room to save him.

The folks at Film Riot explore three ways to create this and similar effects. The first uses the same technique as in the movie itself. The other two, are slightly less conventional, and involve a back massager and an iPhone. Don’t laugh, that one is probably the best looking effect of the three.

This was then stabilised in post using the Warp Stabiliser. This gave a moderately stable shot but with this random weird motion blur. As it was the same sort of technique used in the movie itself, it presents a near identical result. Except without the claws.

Shooting the footage in 4K allowed them to stabilise the footage in post, then keyframe the scale & position into a 1080p project without loss of resolution. Where things get interesting, though is when they attempt to create the effect completely in-camera.

The setup used above is pretty expensive. You’re paying over 4 grand for the stabilisation rig alone. So, they turn to a much simpler option, using a handheld back massager and an iPhone. And it actually turns out really well.

Using the massager on different areas of the phone produced slightly different looks that all look pretty cool. And this method didn’t require any post stabilisation or cropping.

They also used the back massager with the larger cameras, although it they say it didn’t have much of an effect. Presumably just because the cameras are so big and heavy. With a smaller camera like the Sony A7S II, it did have some effect, although not quite the same as the iPhone. The rolling shutter in the Sony gives it a different look, although it’s not one I’m keen on personally.

In case you forgot what the actual movie effect looks like, or you haven’t seen it before, have a watch of this. A word of warning, it is a bit gruesome after Logan reaches the room.

So, there you have the actual way, a super low budget way to create this effect for yourself, and that weird Sony rolling shutter thing.