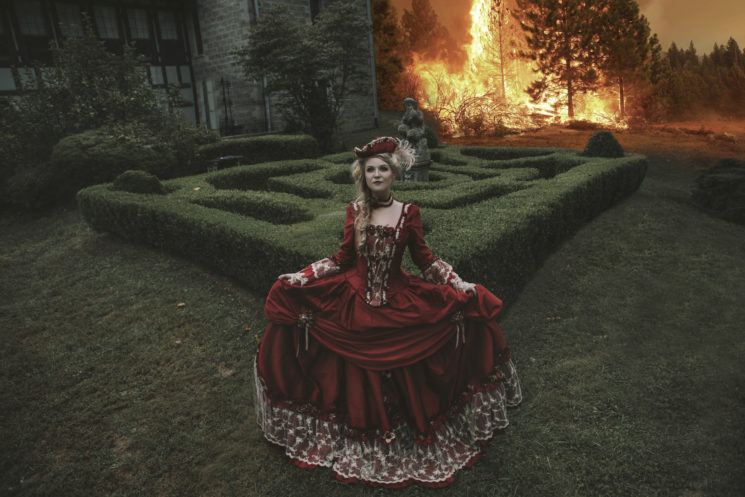 Antonio Pantoja is a multi-award winning photographer and filmmaker located in Louisville, KY with a passion for horror. Despite not going to film school and only boasting an 8th-grade education, Pantoja has garnered over 50 awards for his efforts over the last 3 years.

Pantoja says that he got into horror at the ripe age of 4 years old. He was left unattended and watched The Exorcist. He was hooked but the film scared him so badly that for the next 4 years, Pantoja slept in his parent’s bed, in the middle of them, ultimately ruining their sex life. (This is why his brother, Vinnie, is 8 years younger than him.) He claims that he wants to make a movie so scary that you’d have to watch it on the toilet because “I want it to literally scare the shit out of them”. His films are described as graphic, gory, white knuckle, sucker punches. Or as he describes, “a beautiful nightmare”. 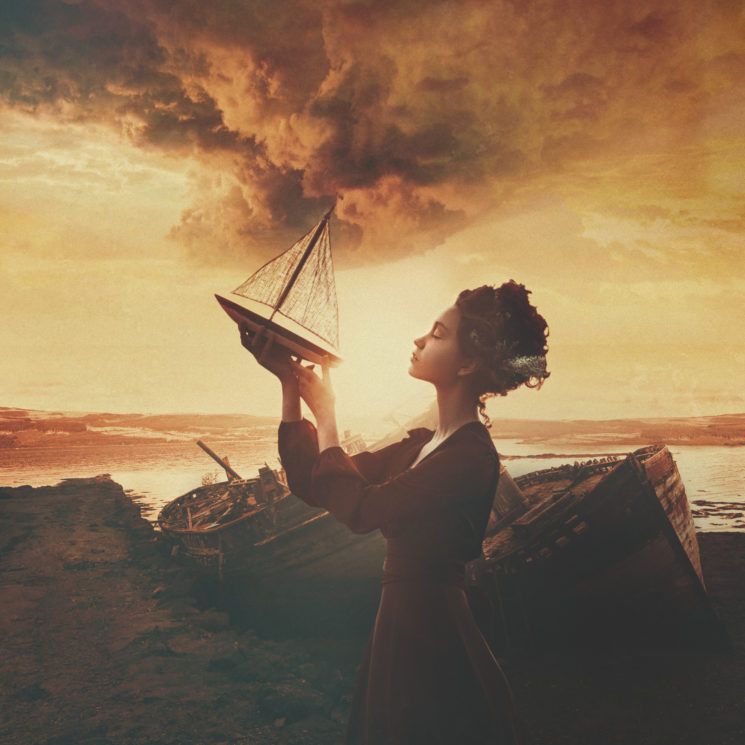 DIYP: Tell us a little information on how you started photography, what made you pick up a camera?

AP: My father passed away in 2009 and my daughter asked me all the time to tell her stories about him. I used to tell her “baby, I think I’ve told you all of them” but I had 2 seconds of video of him about a week before he passed. I watched it over and over and I realized that through photography and video, you become immortal. Your story can live on for all eternity. (further explained in this video here. 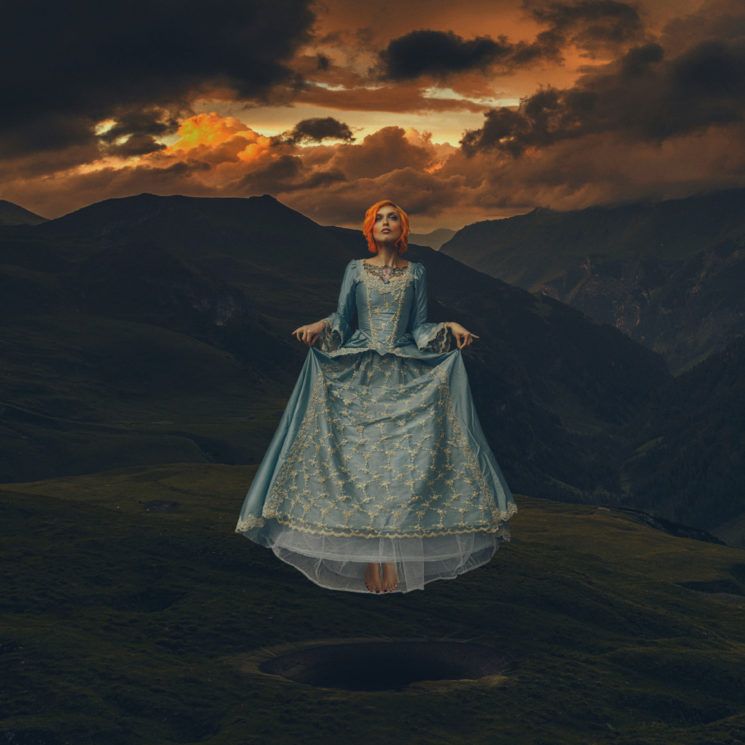 DIYP: Your fashion portfolio has lots of dark themes running through it, is this something you do on purpose or is it your love of horror subliminally leaking through into your work.

AP: I grew up in a super broken home and we didn’t eat together, speak, or show love whatsoever in my household. I was raised by the television. But the one thing that we used to do is we would watch horror films together. So, I think I embrace horror so much because it gives me a sense of family unity, I think. It’s really bizarre. But, I am a huge, huge fan of horror. It’s tattooed all over my body! 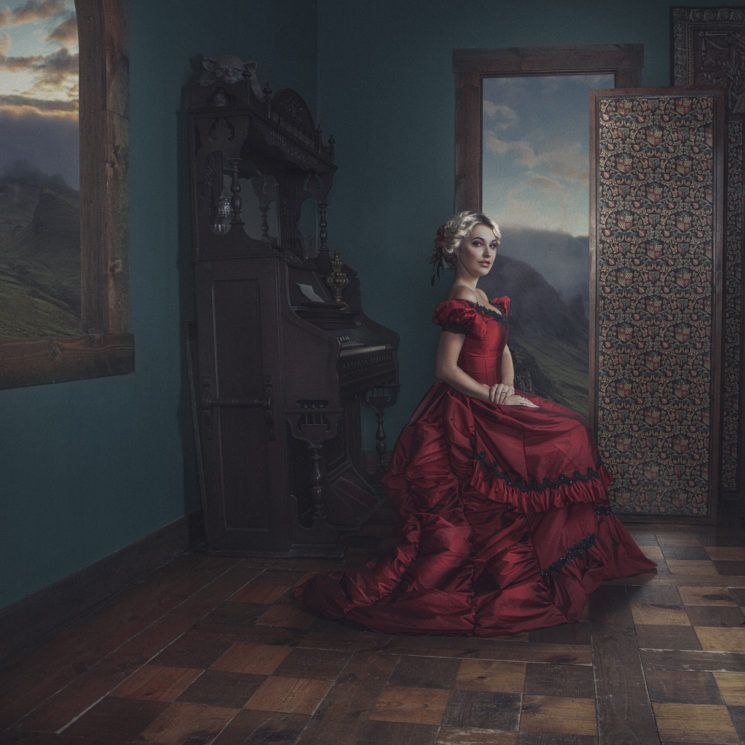 DIYP: Tell us a bit about your idea process….how do you come up with your image ideas?

AP: Finding out what inspires me and encourages me creatively took SO LONG! I realized that I am the type of creative who does so much better when I can look at something I’ve already shot and see how I can make it better. And I’m notorious for doing this even when I was a kid in the video store looking at movie covers and thinking “if only they did this extra little thing to this movie cover, it’d be really awesome!”. But, sometimes I sketch things out if I’m involving a big team so that everyone is on the same page and I can over-communicate my vision. My sketches are TERRIBLE!

DIYP: As well as photography you also shoot video and have in fact won various awards for this. What are the biggest differences between shooting stills and shooting video? And which do you prefer?

AP: I love both so much, it’s so hard to say! And the two mediums are so, so different. For photography, we are going for a single frame to tell an entire story and I believe that’s extremely difficult. However, a since live in a generation driven by social media, it’s easier to get people to stop on a photograph than it is for them to invest 7-10 minutes on a short film or movie trailer. But, of course, with video it’s much easier to communicate your story and vision because you have so much more time. Even with those limitations on photography, the dynamics are similar but I can move much more freely and use my imagination even more. I can do things that I simply couldn’t with video. At least, with my current skillset and budget, I’m limited with video. With photography, I can create these really amazing worlds without any budget at all. So sorry for the long-winded answer! 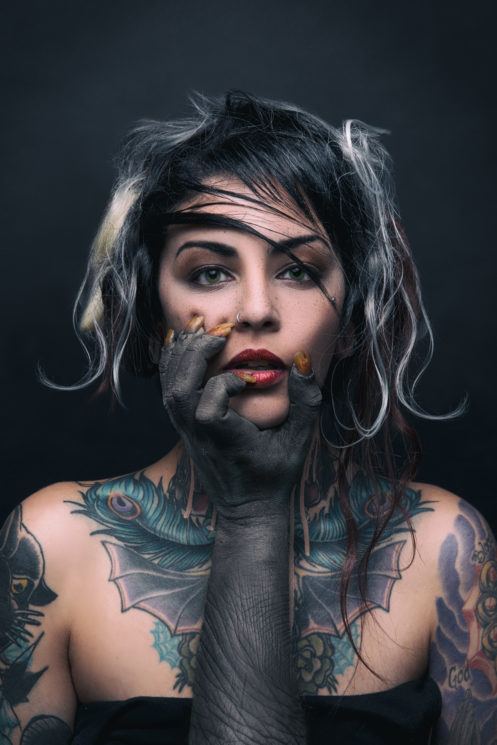 DIYP: A great deal of your video work is horror related, tell us a little about your horror work?

AP: I absolutely love horror. Especially the French extreme stuff. As a horror movie fan, we are very resilient. We are let down 75% of the time but we still keep coming back. I am honored to be a follower of horror because we are so dedicated to it. I don’t know much about NASCAR but I know that their fans are similar to horror fans in that; if their favorite driver drinks Mountain Dew, they do too! And, I love that so much! My horror work specifically is created from my own tragic experiences in life but I try to give them a redeeming spin. And I think that’s also the type of horror film that I love as well. The ones that really make you feel something not only nostalgic and familiar but, discovering something about yourself that you didn’t quite know before. 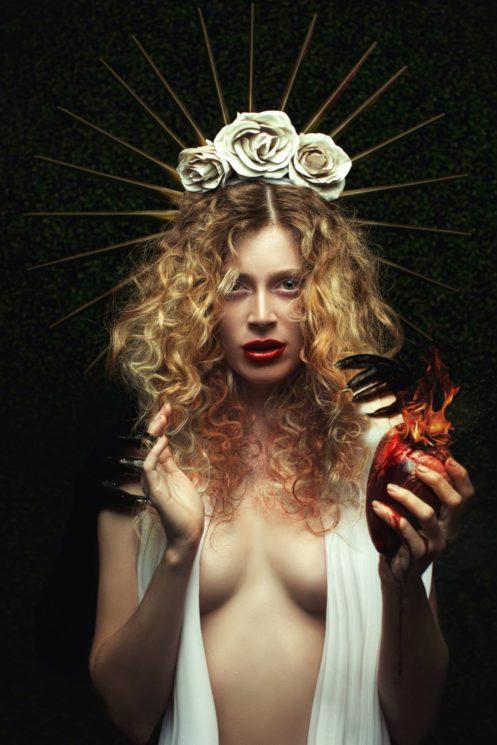 DIYP: You have a Kickstarter for you latest horror movie which is going great, tell us a little about your planned movie and where people can find it?

AP: It’s my life goal to do this film! And I’ve had people pushing me for years to do it but I was just never ready! Finally, I had an idea that I fell in love with and I decided to finally move forward! It’s an 80’s themed horror-comedy slasher about a girl wrongfully fired from her office job and she takes on a temp job on a crime scene cleanup crew. She’s a fish out of water cleaning up the messes left behind from murders and suicides and there has been a string of grizzly murders taking place around town. Her newly joined crew gets assigned to the job. With the killer still at large, did he ever leave the scene of the crime?

I do lots of community outreach sort of stuff for creatives and I started doing workshops for photography sometime ago. I didn’t know if 1 person would show up or if 10 would. I was sooo surprised when 300 people showed up! So, I wanted to do something alongside my film to help aspiring filmmakers so, I am documenting the entire process in a complete HOW TO guide on how I did everything in the film from financing, to shooting, to editing, to distribution. Everything! 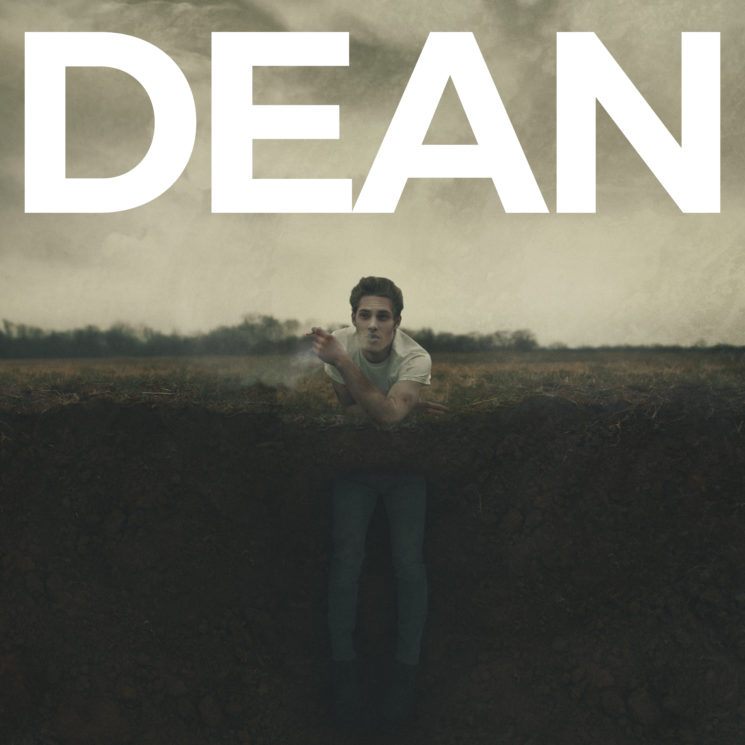 DIYP: Out of all your images which image changed your life the most/or had the greatest impact on your career?

AP: That’s a great question! It was this photo here. 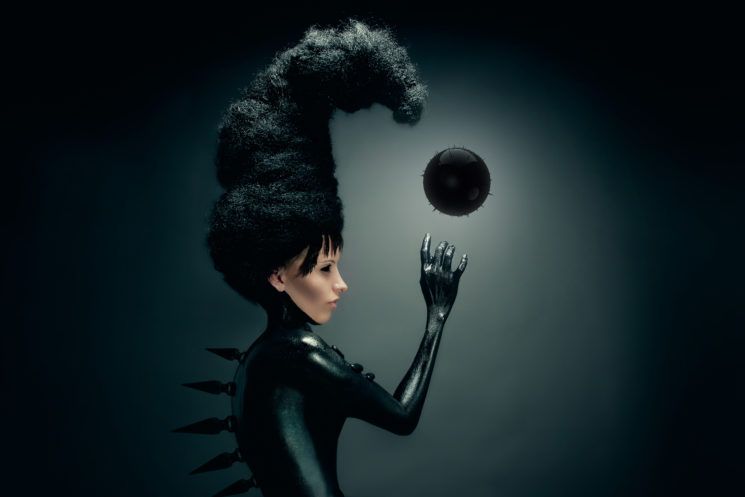 I started doing all sorts of really weird stuff that I thought people would never like! I remember posting this one specifically and I thought of everything I wanted to do with the photo after it was shot. I do this all the time. And I remember, this was really a turning point because I knew I had found my voice as a photographer and a way to speak to a certain audience. And I think that’s so important as an artist. I was lucky to have found it so early. After I knew where I was comfortable and found my audience, I tailored much of what I was doing around the same format while maintaining my artistic integrity. I realized that other people were able to relate to some of my more story-telling photos in ways I had never thought possible. Art is so selfish when you are creating it but once you release it to the world, it belongs to them. It no longer belongs to you anymore. This is why millions of people are singing songs by Adele about her personal relationships…but it communicates to them so clearly, that it is their story now. Photography is very similar. 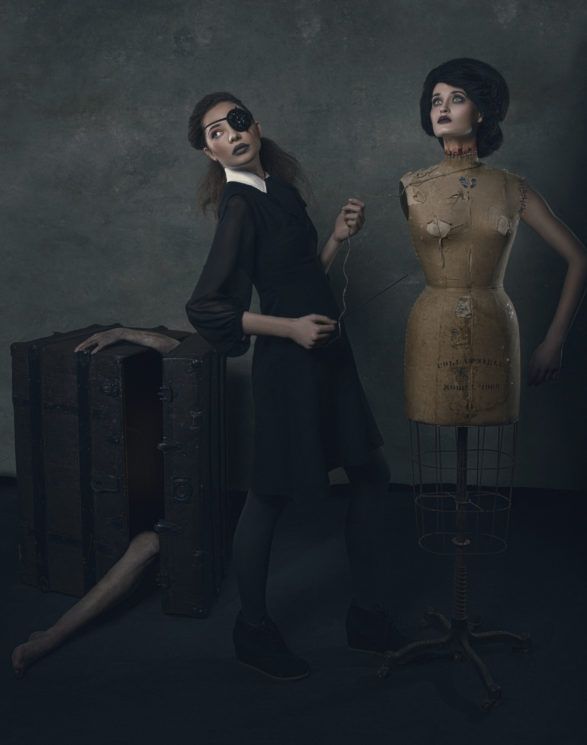 DIYP: What advice would you give to anyone looking to break into the photography/videography world?

AP: I would tell anyone to try as quickly as possible to try to find out what and who you are doing it for. If the answer is just for you, then do anything you’d like that makes you still have love for it! If it’s for an audience, then listen to your audience but still maintain your artistic integrity! Find your voice and speak directly to them with it! If its for money, this is a tough one but I would say this; price it to where you won’t hate what you’re doing and you won’t hate the client. Because often times early in my career, I set my prices far too low and I ended up hating what I was doing and then when the client asked for changes, I hated them too. And it wasn’t fair for either of us. So, I would say to set your price based on, “How much will it take for me to not hate what I’m doing” 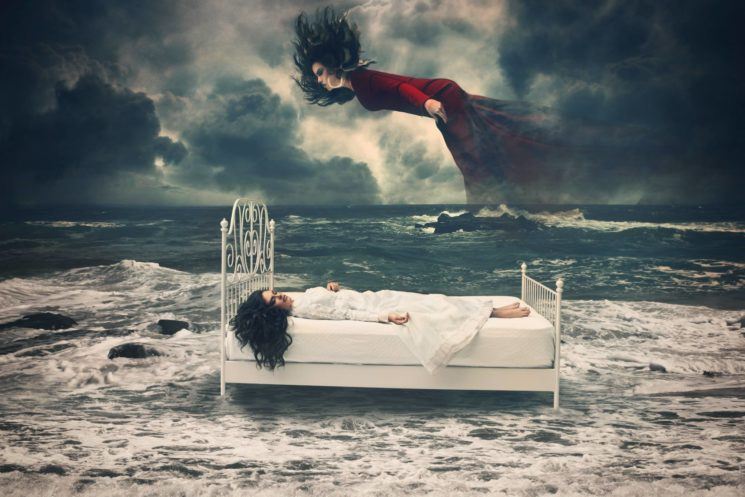 DIYP: Where do you see yourself in ten years time. What is your overall goal?

AP: Right, now I’m currently living my dream. I am so lucky. If I was doing the exact same thing 10 years from now, I would have the greatest fulfillment. But, if things got better, I couldn’t even imagine! My hope is that my movie does well enough for people to trust me to teach them the process. As odd as that may sound. I am just extremely thankful, and lucky that people even let me point a camera at them at all. I literally just show up and push a button. I sometimes get far too much credit because it’s the people in front of the camera and behind the scenes who deserve the real accolades. I’m just very lucky to be there at all. 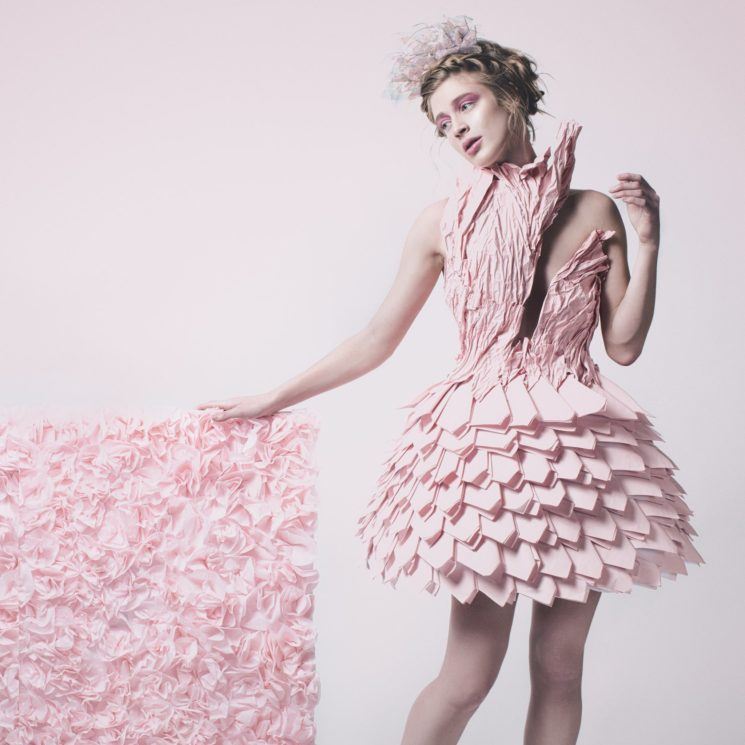 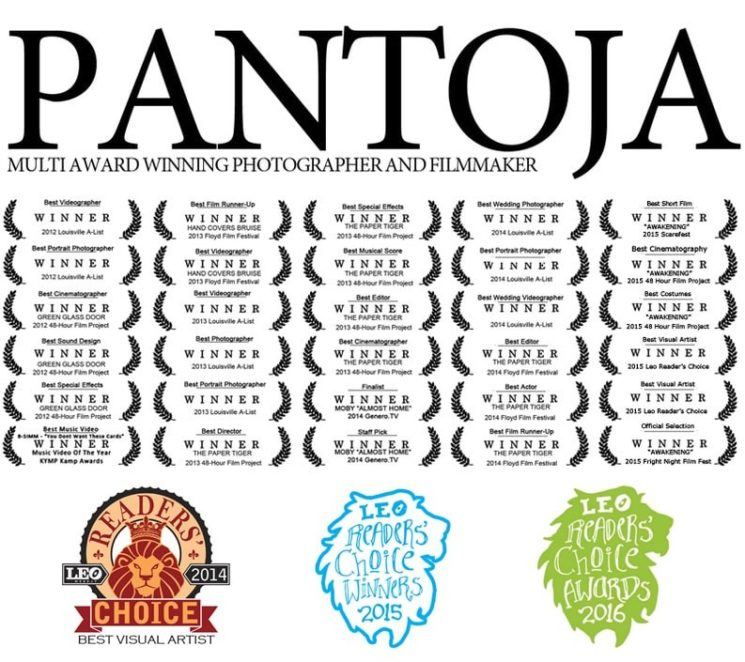