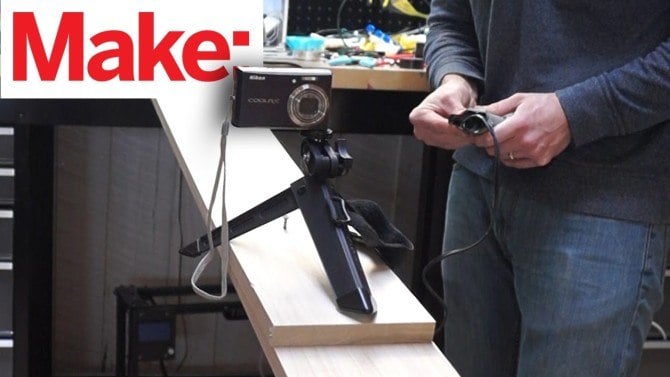 Did you ever think that you could build a motorized camera slider from the junk laying around in your garage?  Well, the folks at Make: have you covered.

We’ve covered some very cheap DIY camera sliders builds in the past, but if a $50 DIY slider or even a $20 DIY slider is still beyond your wallet, then this one beats all other budgets, hands down.  This super down and dirty setup can cost as little as nothing if you have a bunch of old junk laying around.

Utilizing just an old drill, a couple of lengths of wood and some dental floss, a basic but functional slider is born.

Sure, it’s probably not going to help win you any cinematography awards and you might not want to be seen in public with it, but if you always fancied playing with a slider without investing huge amounts of money into one, then this might just be a quick and inexpensive way to get yourself started.

I think in the case of this slider, waxing the boards and adding some sides on the sled to hang over the sides of the rail would be the first modifications I’d make to provide a smoother slide and it would certainly add a little extra stability and reliability to its path.

But camera sliders can be made out of all kinds of junk.  Even the BBC have made their own huge DIY slider rigs, making use of ladders, rope and recycled bicycle wheels to produce some beautiful results for their BBC Life series on Plants.

Can you believe that sequence was made with this rig? 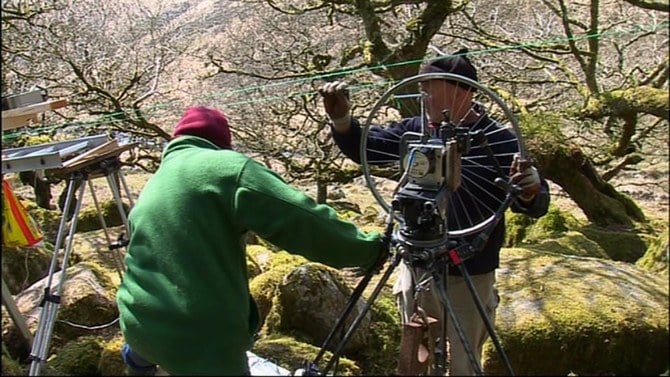 Incidentally, that sequence single handedly sparked my fascination with timelapse, as they shot the sequence on a Nikon D200, which was the same camera I was using at the time.

Old shower rails, guttering, pvp pipes, old skateboard wheels, what kind of junk may be residing in your garage just waiting to find a new use?

Have you made a unique camera slider?  Let us know in the comments below.

[Make a Motorized Camera Slider from Stuff You Have in Your Workshop | Make:]