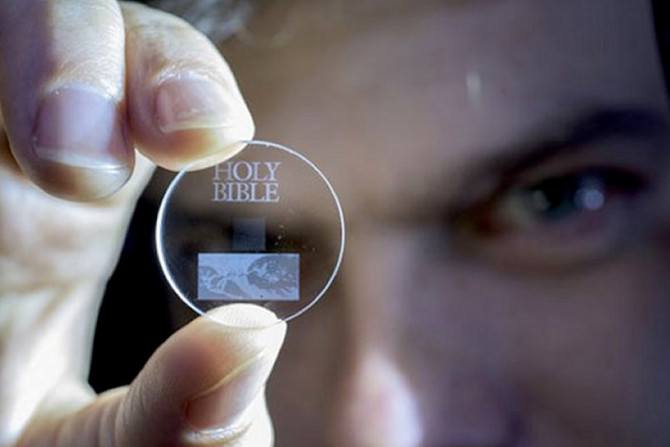 When the clouds evaporate and your DVD, Blu-Ray and hard drive backups are no longer readable, what are you going to do about accessing your data?

Valuable personal images might be gone forever (of course, that’s also a good argument for printing your photos), or perhaps you shoot for a living, and keep a permanent archive of all your work.

It’s a lot of hard work to maintain reliable digital backups and to keep shifting all your data from one storage medium to the next generation every few years – especially when some hard drives might not be as reliable as we were led to believe, and cloud services have the potential to accidentally delete data at will.

Scientists at the University of Southampton seem to have found a potential answer for the issue of long term storage, in the form of small glass discs. 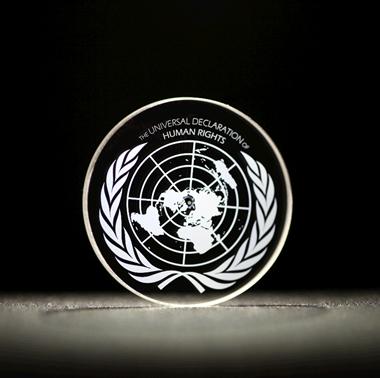 Using nanostructured glass and femtosecond lasers (1/1,000,000,000,000,000 of a second), scientists from the University’s Optoelectronics Research Centre (ORC) have developed a system for recording and retrieving data of five dimensional (5D) digital data.

The technology was first demonstrated experimentally in 2013 when a 300KB text file was successfully recorded in 5D, but things have come a long way since then.

As of right now the format offers a capacity of 360TB per disc, with stability up to 1,000°C and a lifetime that could theoretically surpass that of the Universe itself, although the scientists are claiming its life to be a mere 13.8 billion years, equal to that of the Universe so far.

Major documents from human history such as the Universal Declaration of Human Rights (UDHR), Newton’s Opticks, Magna Carta and the King James Bible, have all been saved as digital copies that could survive for longer than the race that created them.

I’m sure they’re probably not thinking of our photos when they develop such technology, more things like national archives, museums, libraries, and so on, to preserve valuable & historical data that might otherwise become lost, but the team are looking for industry partners to develop this technology further and commercialize it.

It only took three years from Philips publicly demonstrating a prototype of a small form factor optical digital audio disc in 1979 to their first commercial usage under the name we now know to be Compact Discs in 1982, and it was only three years after that when they started to be used as a data storage medium.

So, perhaps this technology could show up at a PC near you in just a few short years.

[University of Southampton via futurism]