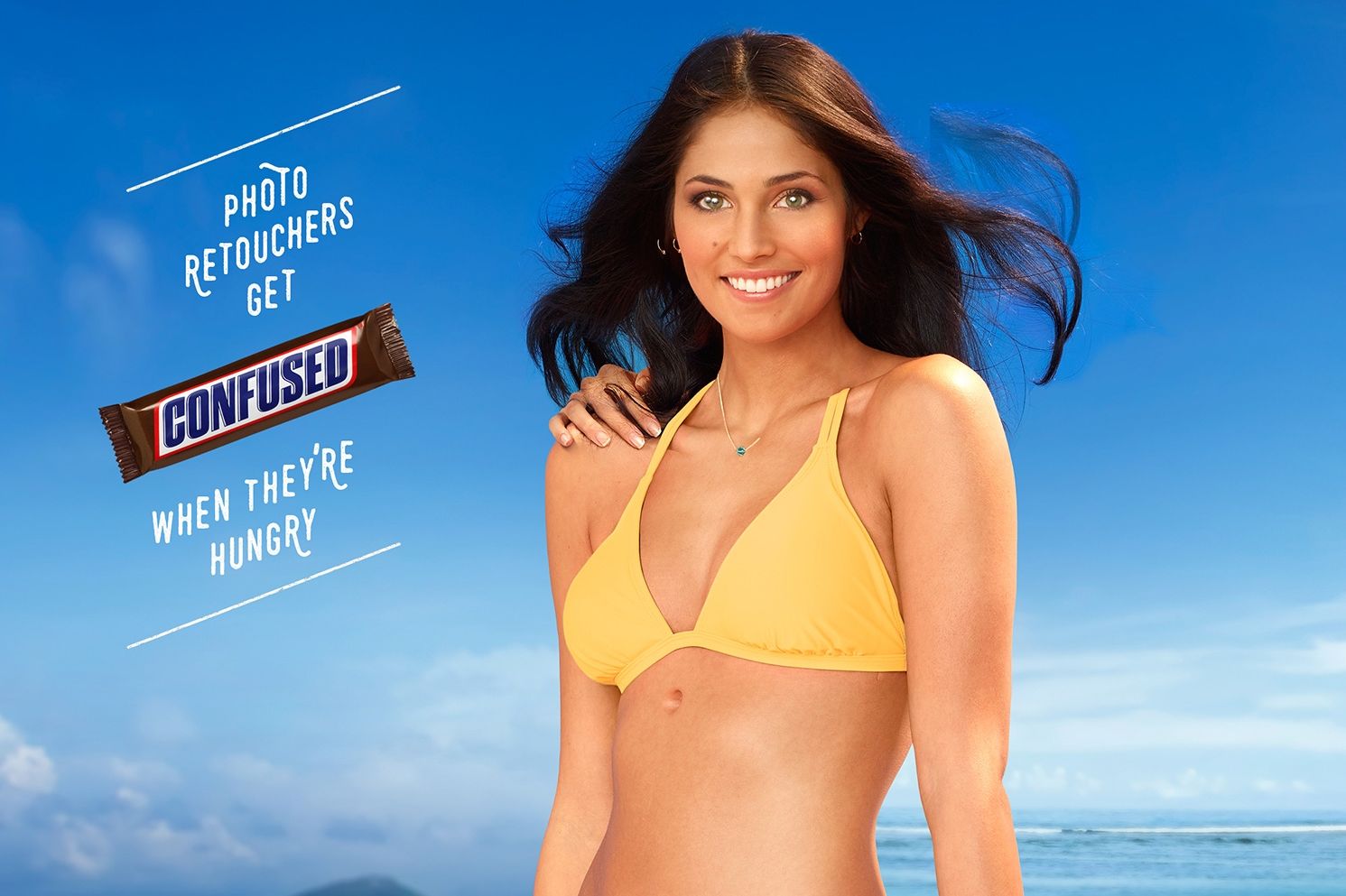 Every once in a while we will see an epic photoshop fail making its way into the front page. Heck, even Victoria’s Secret had a Photoshop bloop a while back. Now, Snickers is building on those fails in a new ad featured in Sport Illustrated.

Sports Illustrated back cover does not target the general public, they do not even target photographers (is there a difference) they are targeting retouchers, with a brilliant ad.

According to Snickers , Photoshop fails happen when retouchers are tired (due to not eating sneakers, I suppose). I have to say it smiled pretty broadly when I saw that. 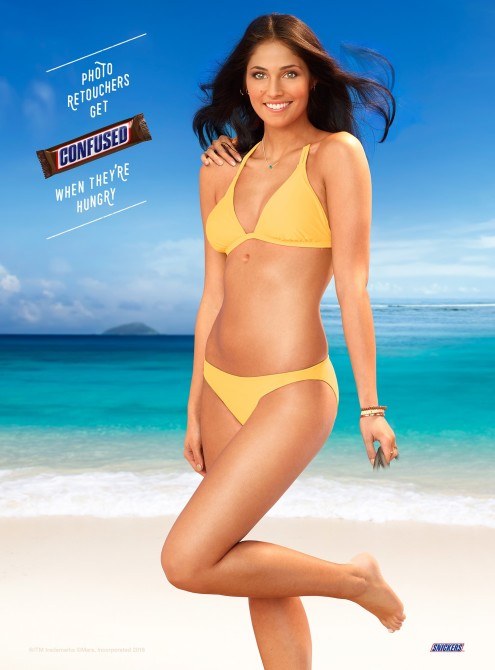 meanwhile on the inside of the back cover Snickers are poking fun at movie makers is a similar sense, saying that wind machine operators get “loopy” when they are hungry. 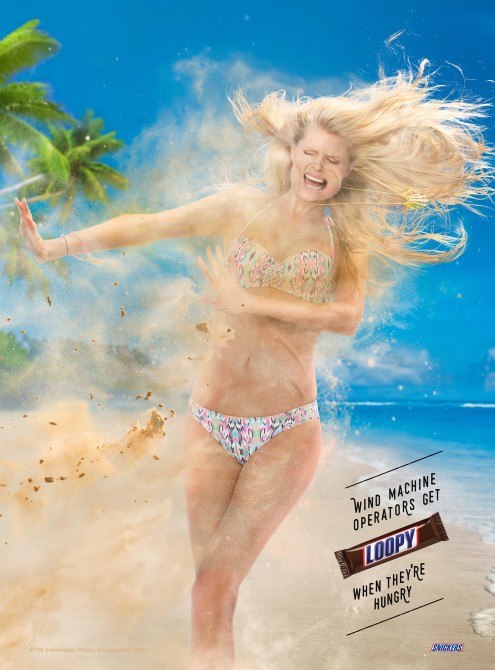 Snickers, I salute you!

See if you can spot all the fails in the first photo, I found quite a few.

« 360TB Disc that lasts 13.8 Billion years. Is this the future of data storage?
Make a DIY Motorized Camera Slider from Your Old Junk »