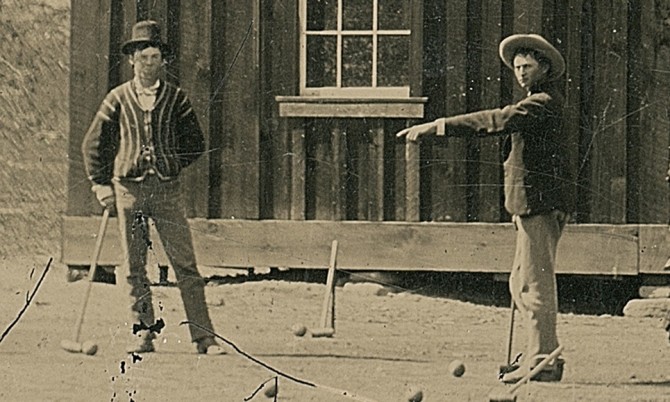 Ever heard those stories of people who bought some old painting for $5 at a garage sale and later discovered it was a super expensive piece of art worth a fortune?

Well, a happy customer of a junk shop in Fresno, California hit the jackpot buying and old photo for $2 that turned out to be only the second confirmed image of the infamous outlaw Billy the Kid.

It’s not clear if the buyer knew what he was looking at when he bought it, but the photo has been authenticated and is said to be worth up to $5 million.

I don’t know exactly why there are so few photos of Henry McCarthy, aka Billy the Kid, but I suspect it could have something to do with the fact that he was an outlaw and that his violent life came to an end at the age of 21.

Whatever the reason, few people would have expected this next photo. The only confirmed photo of the infamous outlaw to date is a tintype of him from 1880 posing with his rifle.

The new photo, however, shows him in a less characteristic setting. While McCarthy is seen with several members of his posse, the Regulators, he has replaced his usual weapon for a croquet mallet.

Taken in New Mexico in 1878, the 4×5 photo shows McCarthy with friends, family and other members of the Regulators after a summer wedding. The photo is said to be taken just a month after the brutal Lincoln County War.

Found in a pile of photos inside a cardboard box and purchased for $2, it is easy to understand why Kagin’s experts, a San Francisco-based Americana company, were skeptical when the faded photo was first brought in by Randy Guijarro.

“An original Billy the Kid photo is the holy grail of Western Americana,” said David McCarthy of Kagin’s (no family relationship, I assume).

“We had to be certain that we could answer and verify where, when, how and why this photograph was taken. Simple resemblance is not enough in a case like this – a team of experts had to be assembled to address each and every detail in the photo to ensure that nothing was out of place,” he added.

Kagin’s definitely took the task seriously, and the team of experts spent an entire year investigating the photo and authenticating it.

The investigation included finding the location where the photo was taken, which turned out to be in Chaves County, New Mexico. Once the location was discovered, the team went on to unearth the remains of the building shown in the photo. 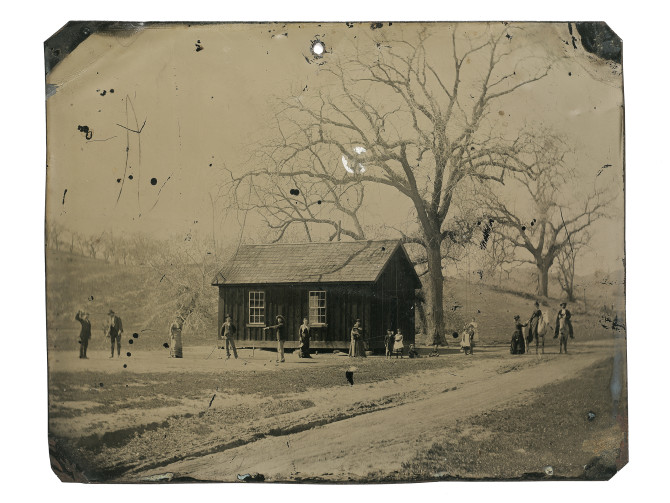 “We found the old lumber underneath. We found those exact rock piers are still there,” said Jeff Aiello. Aiello is the director of a National Geographic Channel documentary on the exciting find set to be broadcast this month, narrated and produced by Kevin Costner.

“The historical importance of a photograph of Billy the Kid alongside known members of his gang and prominent Lincoln County citizens is incalculable – this is perhaps the single most compelling piece of Western Americana that we have ever seen,” stated Dr. Donald Kagin, president of Kagin’s.

The previous, and until recently only, authenticated photo of Billy the Kid sold for $2.3 million in 2011 and some experts say the “new” photo could be worth over twice as much.

The photo was unearthed by Guijarro in 2010 and although the authentication process took quite a long time, it definitely turned out to be worthwhile. Maybe even $5 million worthwhile.

Make a DIY Motorized Camera Slider from Your Old Junk

« Shooting a GoPro with your teeth and a quarter
Sigma 20mm f/1.4 Art lens rumored to be announced this Friday »