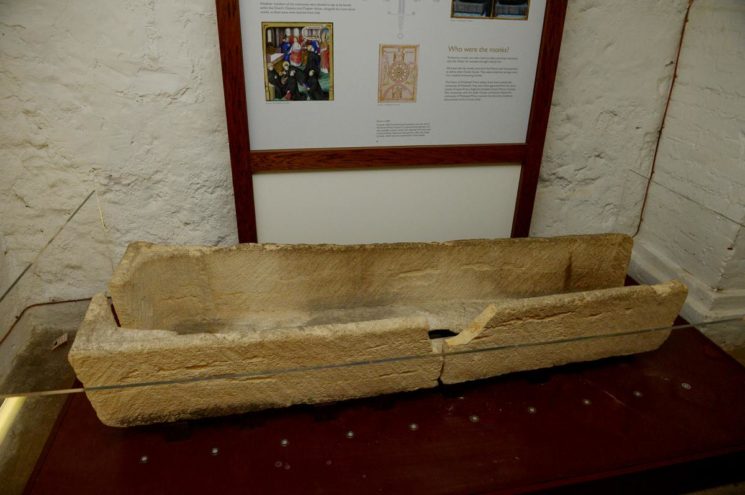 On August 4, a family who visited Prittlewell Priory Museum in Southend, UK damaged an 800-year-old sandstone coffin. I bet you can guess why – to take a photo. The parents lifted their child over the barrier so he could reach the coffin. This is when a part of the artifact fell from its stand and a chunk of it broke off.

To make things worse, the visitors didn’t report the damage to the staff. Instead, they tried to sneak away from the museum, but they were caught on security cameras.

Executive councilor for culture, Ann Holland, said that the museum conservator was assessing the damage and would carry out the repair. The staff expressed their disappointment and stated that, because of the age and the materials of the coffin, the repair would be very expensive. Holland added that the coffin would be completely enclosed from now, and the curatorial team was assessing how this could be done.

As The Guardian writes, the coffin was found in the grounds of the priory in 1921. It contained a skeleton that could have been a senior monk. The priory was founded by Cluniac monks in the 13th century, and the damaged sandstone casket is the last of its kind.

Of course, this isn’t the first (nor the last) time that people destroy valuable artifacts because they want to take a photo. Sometimes it’s possible to repair the destroyed pieces, and sometimes the damage even goes beyond repair. But even if it’s possible to restore the item, it’s still not an excuse to act so irresponsibly. Accidents happen, but in this case – it was just plain insolence.

« How to shoot infrared without converting your camera
Crashplan ditches consumers, kills off “for Home” cloud backup service »