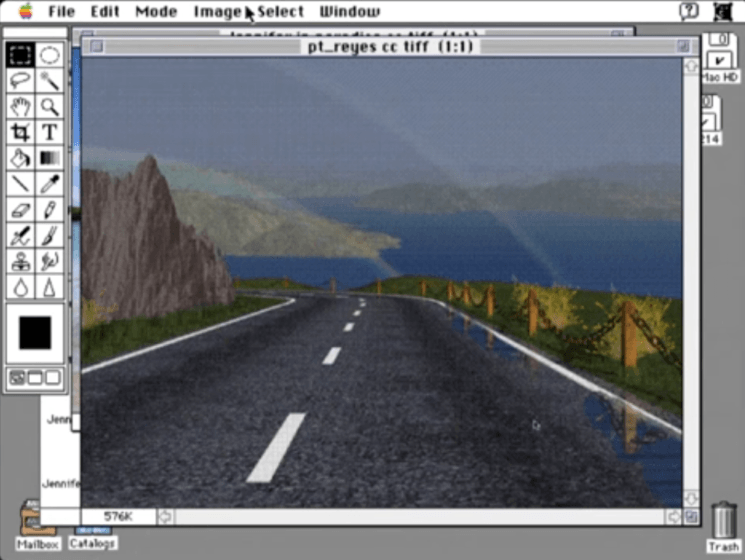 The 1990s brought a real revolution in digital technology. Considering that this era brought us digital cameras, broader use of PCs and Internet, we can say that it was revolutionary for photographers, too. And this revolution wouldn’t be complete without the most famous editing tool – Photoshop.

In this demo, one of the inventors of this software, John Knoll, demonstrates what the program was like at its very beginning. Now that the technology is so advanced, it’s interesting to take a peek at Photoshop’s early days.

While I was making my first baby steps, brothers John and Thomas Knoll were making their first steps towards creating history. They officially released Photoshop 1.0 on February 19, 1990. It soon became the major tool for photographers all over the world, although it was initially imagined as a program for special effects. It has gone a long way since the release, as computes, cameras, and the program itself have changed.

In John Knoll’s demo, you can see the use of some tools that existed in Photoshop 1.0, and still exist today. He uses Lasso Tool and Magic Wand, changes the opacity and colors of the selections and so on. He demonstrates the Brush Tool and the soft edges it had, which was quite a novelty at the time.

Today, Adobe Photoshop is available only as a subscription-based service. It has undergone many other changes and, of course, became way more advanced. But certain tools like Eyedropper, the Pencil, the Eraser or the Lasso Tool have remained ever since. It fascinates me to see how well a photo editing program was organized and used such a long time ago, and how far it has gone in a relatively short time.

I was only a baby when Photoshop 1.0 was released, so the first version I used was 7.0. What was the first version you used? Do you remember version 1.0 and did you use it? Share your experiences in the comments, I’d love to hear your thoughts.

[Photoshop: The First Demo via FStoppers]

See How Photographers Would Photoshop Before Photoshop Existed

Retouching Toolkit 3.1 for Photoshop lets you make your own custom Photoshop panels
« These photographers guide you through the locations of your favorite movies and TV shows
The first full Irix 11mm f/4 review is out and it looks very impressive »