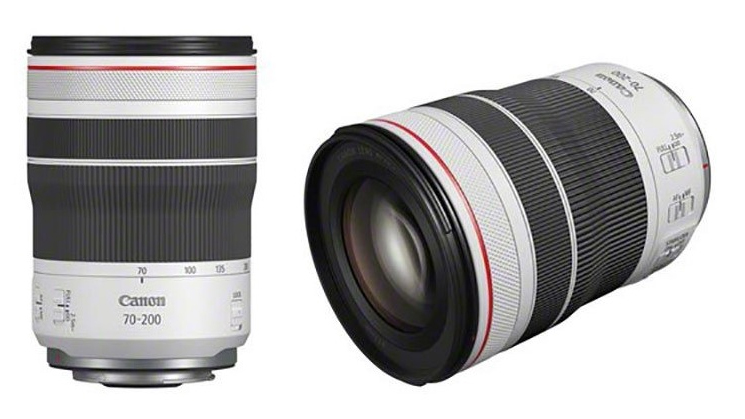 Nokishita’s at it again, stealing the thunder of camera gear manufacturers. This time, it’s Canon’s upcoming RF 70-200mm f/4L IS USM lens, expected to be announced very soon now. And while there isn’t a full specs leak just yet, (although, the most important specs are all in the name), we do now know what it looks like. 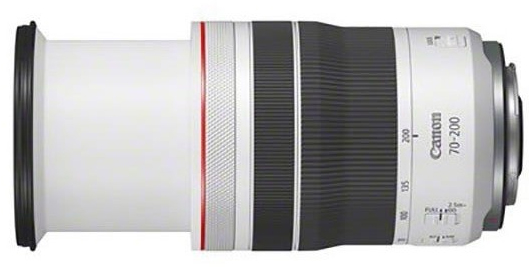 Looking at it, when at the shorter end of its range, it is extremely tiny. Of course, it’s an f/4 lens, so it’s not going to be quite as big as an f/2.8, but it is very small. It almost looks like a variable aperture kit lens, so the fact that they’ve managed to get a constant aperture f/4 lens into such a small size is rather impressive.

It’s a full-frame stabilised lens designed for the Canon RF mount, with a focal length from 70mm up to 200mm and a maximum aperture of f/4. From the images we can see that it has at least three switches on the side, to limit the focus range, switch between autofocus and manual focus, and to enable or disable the stabilisation. There’s possibly a fourth to switch between different stabilisation modes. There’s also a lock button on the opposite side to the buttons, which is presumably for locking the focus point.

At the moment, it’s expected that Canon will announce the new lens at some point this week (or maybe next), but we’ll let you know as soon as we find out more!