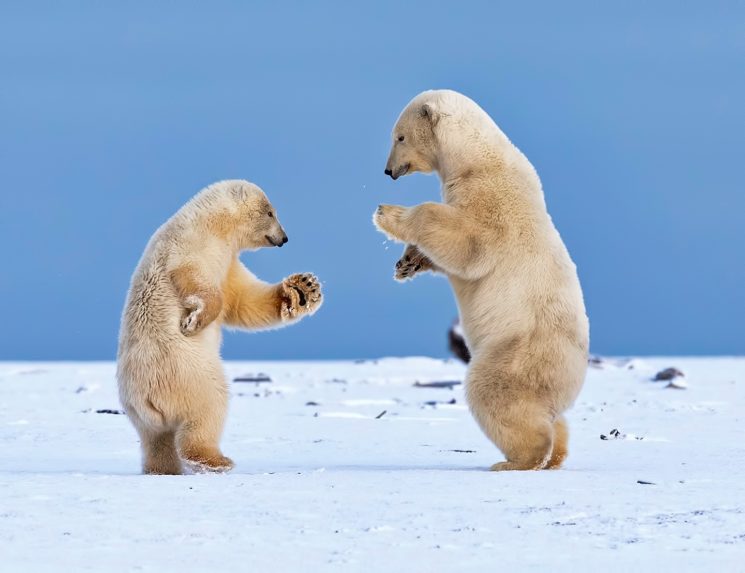 Shayne McGuire has a deep respect and love for everything living and that is the main reason why she became a wildlife photographer. She spends large parts of the year traveling, even to remote destinations such as Antarctica and Africa. Shayne captures bears, penguins, birds, horses and sometimes her husband. The latter often comes with a funny caption.

When the opportunity presents itself Shayne also shoots landscapes, even from the southernmost parts of the globe where ice and snow reign. It was in Antarctica she shot the stunning image of a super moon.

During her long career as a wildlife photographer Shayne has captured many humorous moments of the animals she portrays – perhaps unwittingly from the animal’s point of view, but they nevertheless put a huge smile on our human faces.

In the following Shayne generously shares some of her funniest moments behind the camera with DIYP and our readers. The image explanations and captions are hers.

This image was one of the hardest for me to take, because I am hand holding a 600mm Canon lens, and I am laughing so hard, as were the other 2 people standing next to me. This poor mother black bear, had 5 cubs. Yes, 5. She sent them up the tree and sat down and began to look at her poor, battle-stretched stomach. The man next to me said, “every woman that has had children understands this”…she kept moving the folds of her skin around and looking at her belly. 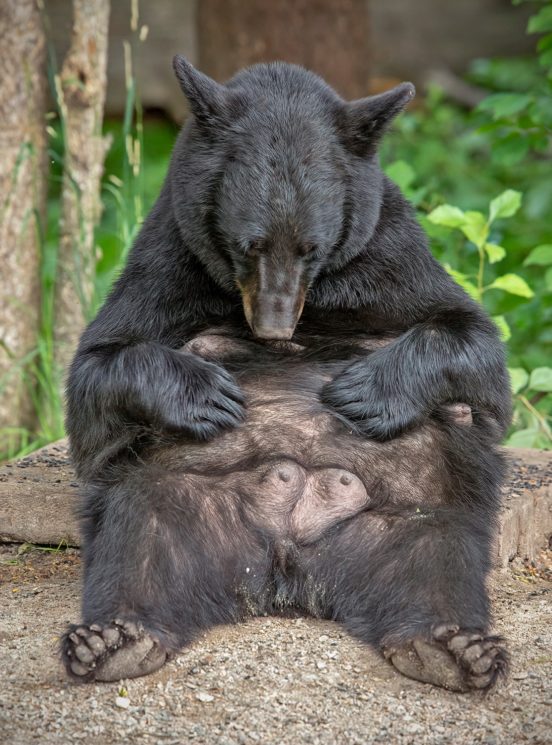 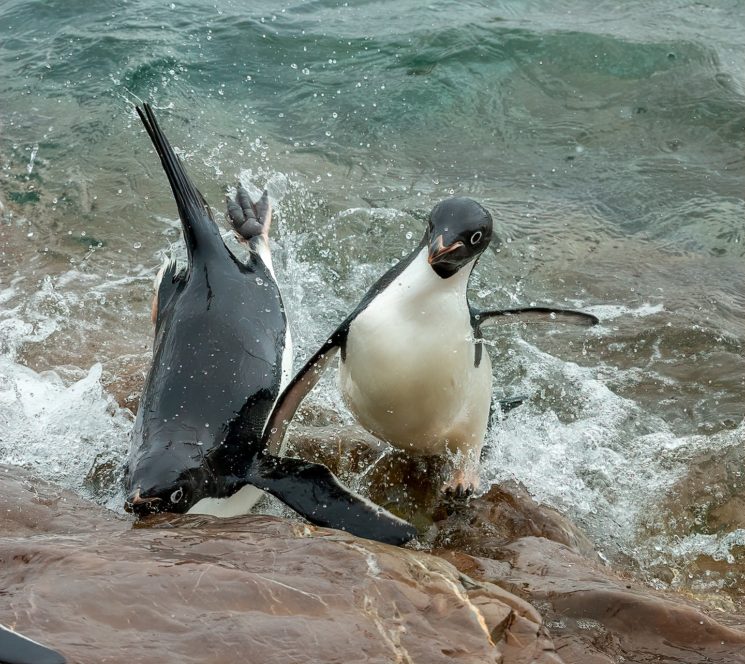 Momma brown bear popped up out of the tall grass, checking on another bear moving across the river. All of a sudden, her cub popped up, with a piece of long grass in his mouth. It reminded me of people in the country I grew up with that would pull up a long piece of grass, stick in their mouth and start talking with it hanging out. 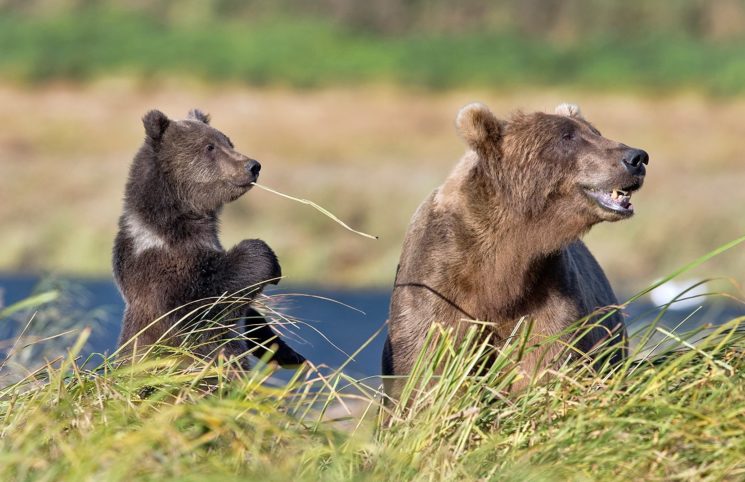 Walking with attitude. A bald eagle strutting across the wet beach with a look that said “I’m bad”. 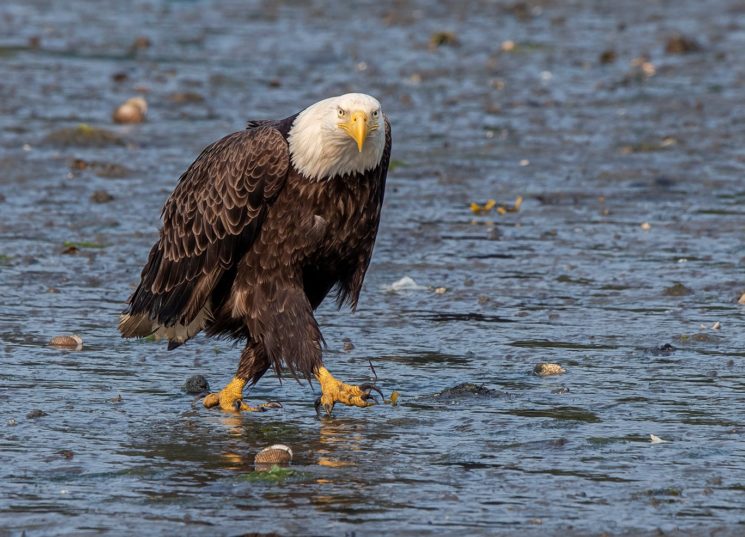 This image is humorous, as long as you understand. The bear on top is not stuck. He has chewed through the whalebone and is eating the marrow. The two cubs are wondering what he is doing and start pestering him. He “bearly” came up to look at them. He was fine, not stuck. 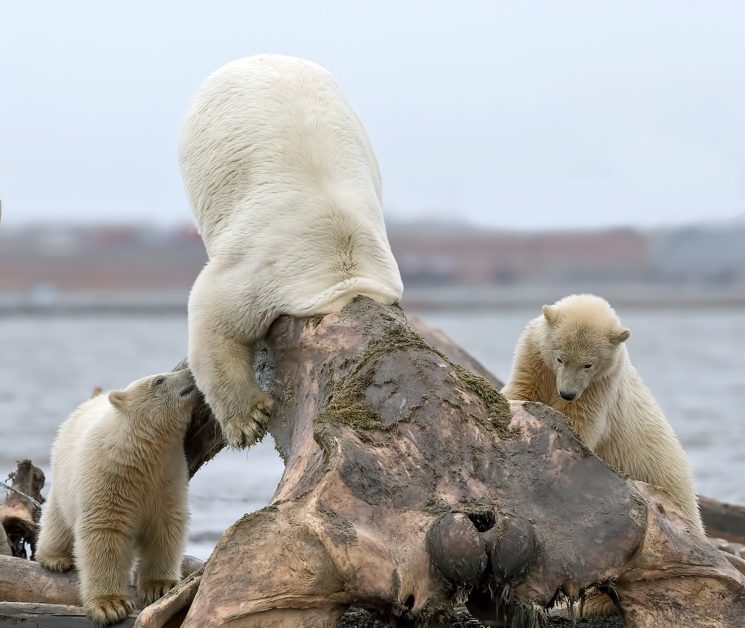 A little birdie told me, so I ate him….. enough said…bye bye birdie. 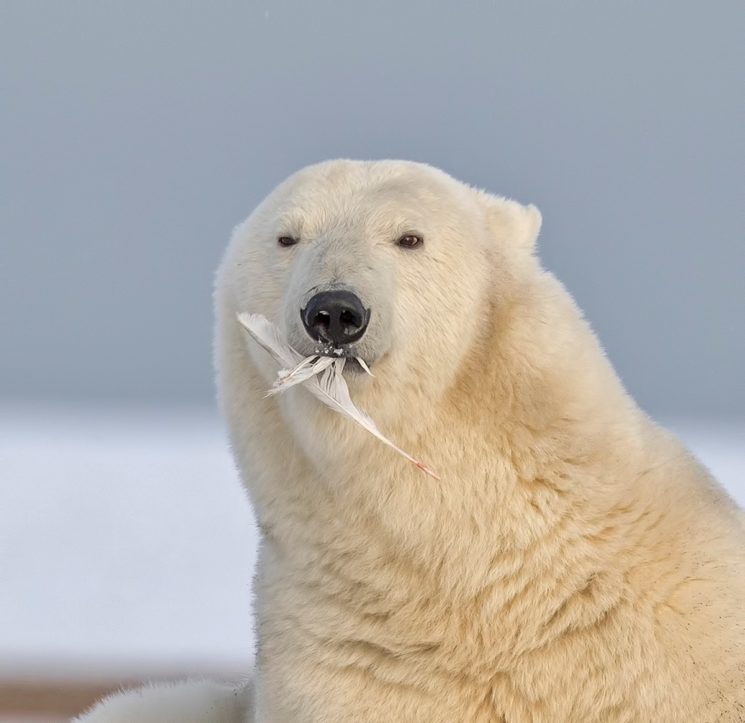 It takes two to tango. A polar bear cub and a sub-adult started playing and ended up dancing. The image was highly honored in Natures Best, and hung in the Smithson museum as part of their exhibit. 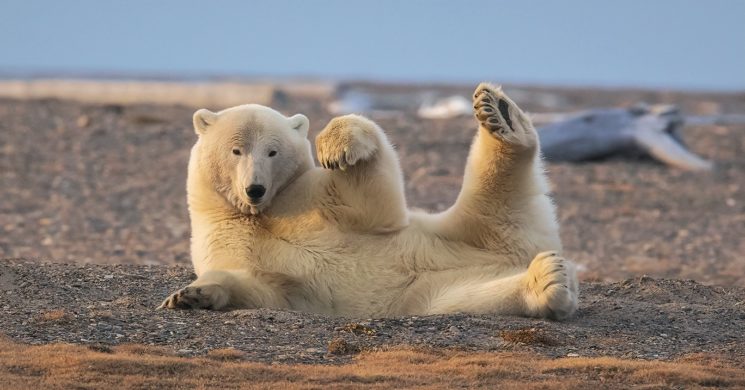 Two brown bear cubs, watching a showdown between mom and another bear. One brought a snack. 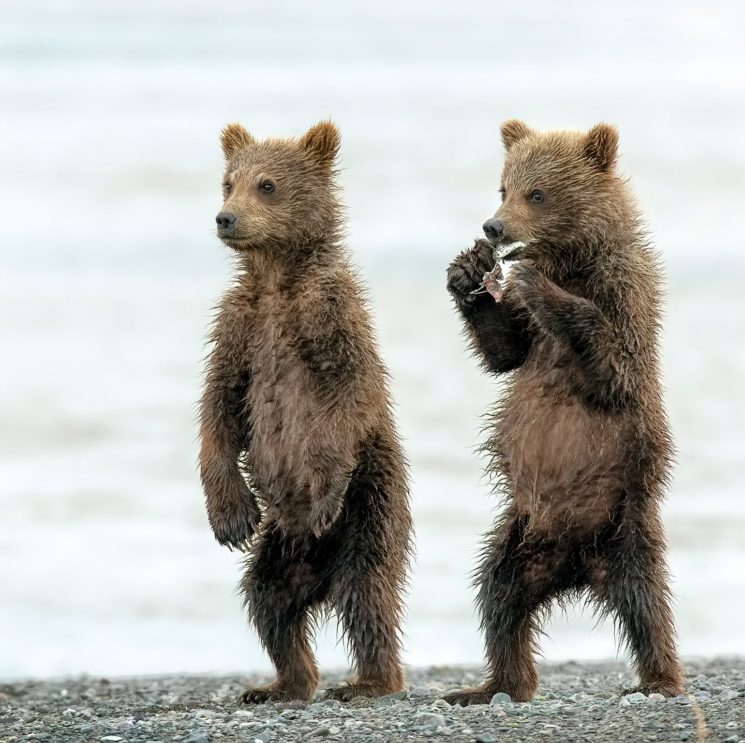 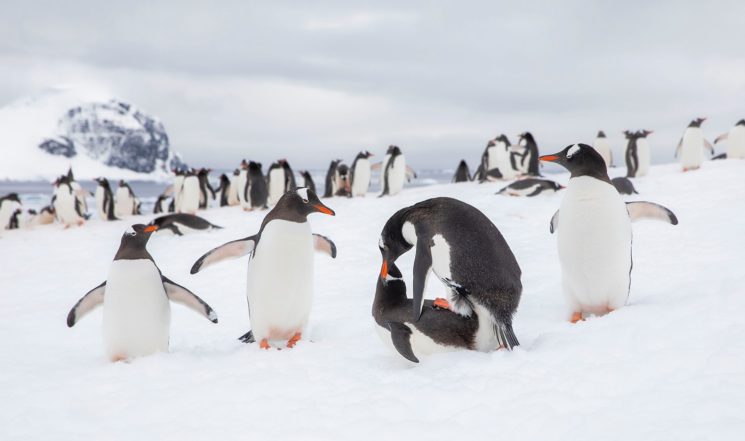 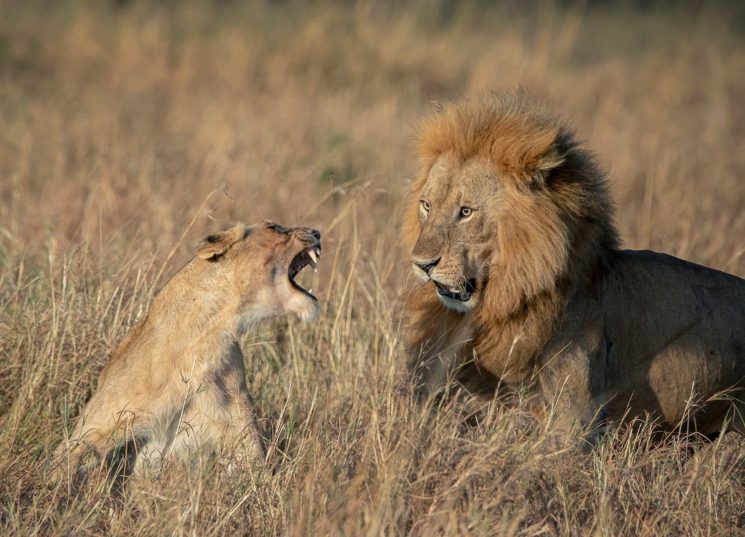 Shayne McGuire is a nature and landscape photographer based in Southern California. You can see more of Shayne’ work on her website and follow her on Instagram and Facebook. All images are shared with permission.