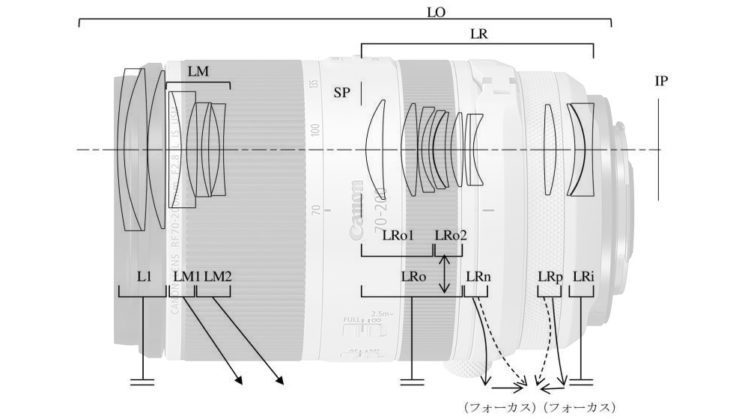 It was only October when the Canon RF 70-200mm f/2.8L IS USM lens went up for pre-order, and they only started shipping a month or two ago. But already, they seem to be working on a new one, according to a patent uncovered by Canon News.

The current model RF 70-200mm f/2.8L IS USM is like many zoom lenses. When you spin the focal length dial one way, the lens gets longer and when you spin it the other way it gets shorter. This new patent shows a design that would allow it to remain the same length throughout the zoom range. They also show off designs for an f/4 version, too.

The specs for the f/2.8 version of the lens show that it would be significantly longer than the 146mm (at its smallest) of the current model. It would see an increase of around 82mm in length, although it would remain that length at all times.

While there’s no clear optical advantage to a lens with an internal zoom, there are some mechanical benefits. Although more complex to design, internal zoom lenses have fewer externally moving parts, which means they can be built with better dust and weather sealing – important factors for sports, wildlife and many other photographers.

The patent doesn’t mention weights that I can see – which is understandable. How can you know the weight of something until you’ve actually built it and popped it on a scale? So, exactly how they will compare to existing options is unknown, although I can’t imagine they’ll be all that different from their EF counterparts, given the length.

If you want to read the patent in full, you can check it out here.