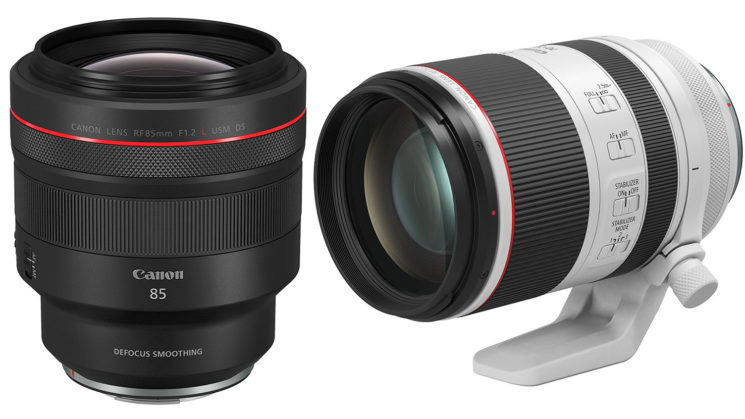 Canon did already release an 85mm f/1.2L lens for the EOS R system, although this new one adds what they’re calling “Defocus Smoothing” which they say helps to soften and smooth bokeh when working at wider apertures, improving the aesthetic of super shallow depth of field shots.

This may or may not bother you, but at least when you’re not using it, it packs up to use a smaller section of your bag. Which is also nice, as it allows you to fit in some extra kit to compensate for that 410g weight savings that the RF version offers, too. The RF version weighs 1,070g (2.36lb) while the EF version comes in at a hefty 1,480g (3.3lb).

Differentiating itself from Canon’s other RF 85mm f/1.2 lens, this version features a DS (Defocus Smoothing) coating that helps to soften and smooth the bokeh quality when working at wider aperture settings, making it particularly suitable for shallow depth of field applications.

I think for the price difference between the DS and non-DS versions, the DS version is possibly worth the extra $300 if it does what it says on the tin. I guess we’ll have to wait until they’re available and can see some real-world results before we can make an actual determination, though.