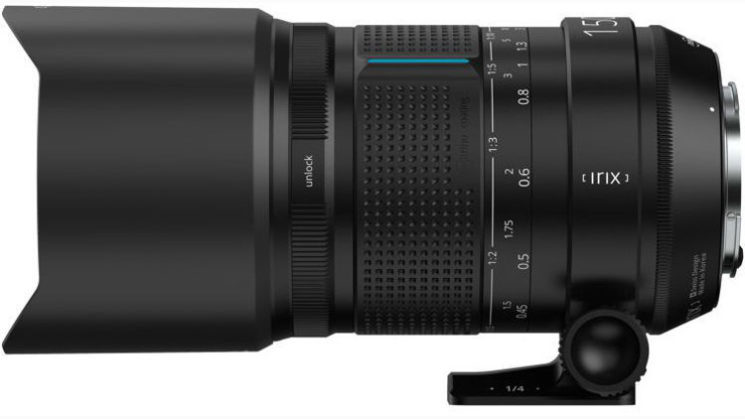 Before Irix officially announced their new Dragonfly 150mm f/2.8 macro lens at Photokina, they teased us with a few videos. Now, though, they’ve released pricing and release details. Unfortunately, though, it doesn’t look like you’ll be able to get it in time for Christmas – at least, not if you’re in the USA.

Irix says that the new lens includes a Neutrino coating to minimise ghosting and flare and improving colour and contrast. The first of a new breed of Dragonfly lenses, the 150mm f/2.8 has the lightweight ergonomics of their Firefly models with the magnesium housing durability found in their Blackstone lenses. It also offers the kind of weather and dust sealing we’d expect from Irix.

Designed for full-frame DSLRs, the new Irix 150mm f/2.8 Macro is available in Nikon F, Canon EF and Pentax K mount flavours. It’s available to pre-order now for $595 through B&H and starts shipping on December 26th. So, even if Santa hasn’t left you a box under the tree on Christmas morning, you won’t have to wait too much longer.

If you’re in Europe, you might be able to get it a little sooner.  Irix says that it will be available in their own online store and through partners at the beginning of December for €595 (including VAT).

And for those who still can’t wait and want to check it out in person, Irix will have the new lens on display for visitors to have a play with at Salon de la Photo in Paris between November 8-12th.

« Abstract art: a crown jewel of photography
This guy uses a beer helmet to mount speedlights to his head »