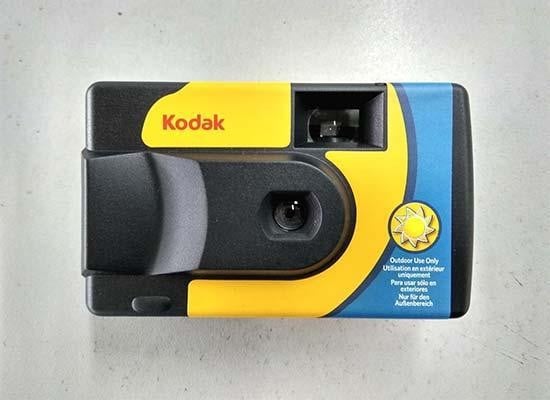 You’ve probably never heard of Kodak Alaris, but they’re the reason why you still get to enjoy using Kodak films to this day. Just this year, they’ve announced the reintroduction of Ektachrome and T-MAX P3200. Apart from keeping film stocks alive, they also continue to manufacture and sell disposable cameras. In fact, according to photographyblog, they just released a new single-use daylight camera with ISO 800 film today, and you might want to check it out.

We did not find any supporting evidence aside from that mention so we are treating this as a rumor.

You probably wonder why they’d even bother to produce a disposable camera in 2018? Well, it’s for the same reasons they still keep producing film. Kodak Alaris came to fruition a year Kodak filed for bankruptcy in 2012. Alaris bought Kodak’s personalized and document imaging businesses, primarily in an attempt to save its film legacy. Although they’re a privately held company, they partly own the Eastman Kodak Company, so they get to freely use the brand on their new (and newly revived) products.

One of these products is the newest single-use daylight camera with ISO 800 film. Honestly, it just looks like any other disposable camera, and there’s nothing spectacular about it. In fact, it doesn’t even feature a flash (hence the daylight label). However, it isn’t innovation that Kodak is trying to sell here, but a new approach to using film cameras. Just take a look at their press release below to understand their marketing goals better:

Single-use cameras are great for any occasions such as parties, weddings or festivals. They can take great shots and capture the most precious moments that are often missed. Besides, they are easy to use, light and portable as well as fun to play with – without any risk of damaging an expensive camera. Even for seasoned photographers, they offer a rather simple way of photography – but with many creative experiences along the way.

Kodak Alaris is launching a high quality Daylight Single Use Camera with 800 ISO Film. ISO 800 makes it ideal for any outdoor conditions with low and high light levels. It helps improve the quality of the captured image by reducing the effects of subject movement or camera shake. The Daylight Camera comes with a high-quality lens with a focal length of 1 meter to infinity and it impresses with 39 exposures per camera.

You can probably tell that this camera isn’t going to be the hottest new product in town. However, disposable cameras have actually become niche items in the past few years. Thanks to the influence of social media, even young kids who had never been exposed to film photography now use them. A single-use camera is an excellent introduction to film because it’s cheap, simple to use, and it’s disposable. The disposable camera movement isn’t that big, but we can at least expect some people to buy Kodak Alaris’ newest offering.