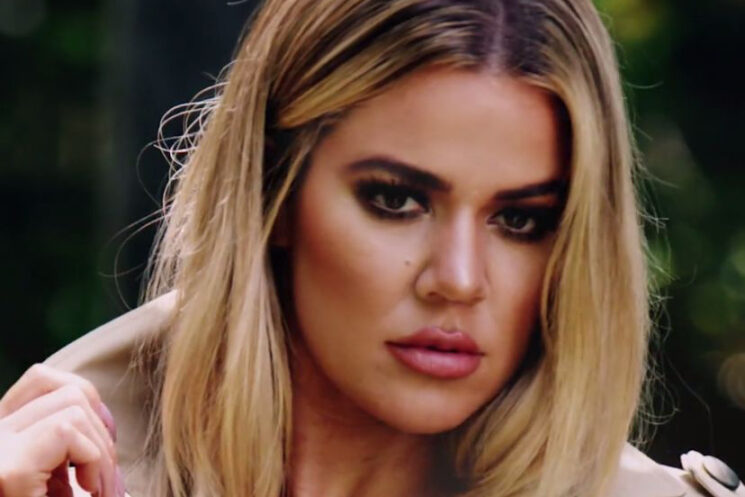 Funny Photoshop fails are something that always makes me giggle. This time, Khloé Kardashian has one that’s downright bizarre. In a photo she recently posted on Instagram, her fans noticed that her legs seem freakishly long (again). But what drew even more attention is a chubby extra toe that somehow ended up on her right foot.

Khloé posted the photo on 14 July as a teaser for her swimwear collection. Among some slightly creepy comments like “tease me please me,” there were some fans that saw more than Khloé’s attractive body. “Really teasing you with that 6th toe,” someone responded to that weird comment above. And when you take a closer look, indeed, there’s something like a weird sixth toe on Khloé’s right foot that you now can’t unsee.

Some people commented that maybe this is real, only the retoucher forgot to remove it like in her other photos. But I doubt it, it looks pretty unnatural and too thick for a toe. I can’t figure out how it ended up in the picture at all. What did the retoucher have to do to end up with it? But hey, at least it’s not an entire extra limb. On the other hand, some friends of mine didn’t even see anything weird about the foot. So I was wondering, can you see the strange extra toe?

I think we all know that celebrities, influencers, and even regular folks edit their photos until they appear flawless. I don’t have a problem with that as long as they disclose it and not pretend that they “woke up like this.” But many of them don’t, and it affects their followers (especially young ones) who believe that they should look “perfect” as their idols.

So, while this strange Photoshop fail can make us chuckle, it should also serve as a reminder – Instagram is not real life, and all those “perfect” people use lots of makeup and image editing to appear flawless.

« Instagram now lets you control how much sensitive content you’ll see in Explore
Take perfect photos of bicycles and cyclist gear in this robotic, automated studio »