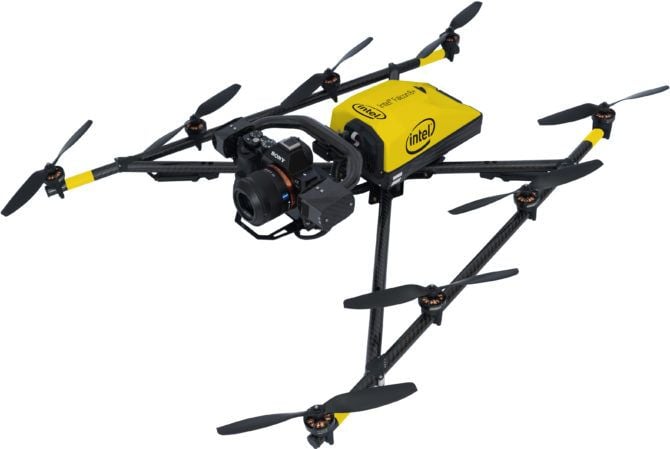 Intel have dabbled a little with drones before. Their RealSense computer vision platform for obstacle navigation features on the Yuneec Typhoon H. They also have the Intel Aero Platform allowing you to build your own drones. But their entry into the commercial drone market is an interesting one. Drone technology at all levels has already come a long way in just a few short years, but a company that has the kind of resources Intel has certainly may shake things up.

Intel’s new Falcon 8+ drone is based on the AscTec Falcon 8. The Falcon 8 is one of the leading commercial aerial platforms in European markets, but is unavailable in North America. This is apparently due to FCC regulations. Intel hopes to overcome these with the Falcon 8+ and is targeting it directly at North American customers.

Intel announced it was acquiring Ascending Technologies in January to help push drone safety in the right direction and avoid collisions. Intel hopes to combine the AscTec technology with their 3D RealSense cameras, to create safer and more stable aerial platforms.

Intel Corporation on Oct. 11, 2016, announced the Intel Falcon 8+, an advanced drone with full electronic system redundancy that is designed with safety, ease, performance and precision for the North American markets. The Intel Falcon 8+ is outfitted for industrial inspection, surveying and mapping geared towards professionals and experts.

The Falcon 8+ is aimed at commercial markets rather than hobbyist drone users. But their acquisition of AscTec’s technology could lead to Intel stepping back into the consumer market eventually with their own branded drones.

Designed for things like search & rescue, disaster reconnaissance, and industrial inspection, Intel are taking no chances with the harsh environments in which the Falcon 8+ may be used. A newly designed “Intel Cockpit” controller features “a water resistant, robust user interface” with a very rugged appearance. It certainly puts my Spektrum DX8 to shame. 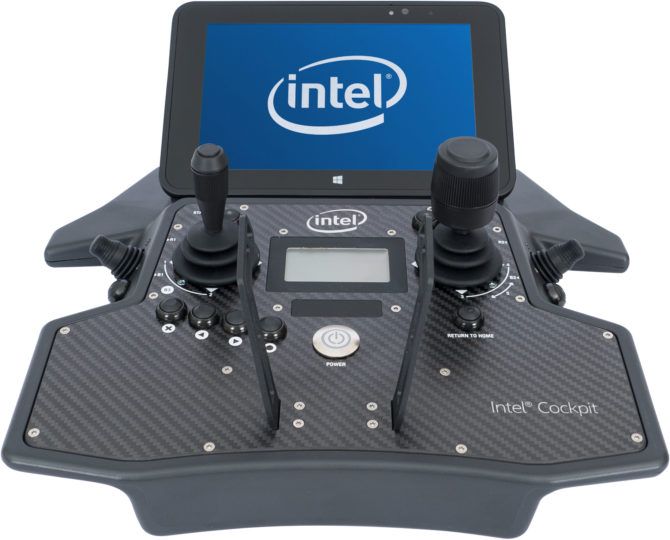 The Falcon8+ also uses the new Intel Powerpack smart batteries. These feature automatic balancing, a “storage mode”, and the array of charging & capacity gauge LEDs you’d expect. They say that the battery is small enough to meet airline shipping requirements.

Intel have not yet named a release date, citing FCC rules that need to be overcome.

The Falcon 8 and Falcon 8+ devices have not been authorized as required by the rules of the Federal Communications Commission. These devices are not, and may not be, offered for sale or lease, or sold or leased, until authorization is obtained.

A price for the Falcon 8+ has also not yet been announced, but I would imagine it will be rather substantial. The AscTec Falcon 8 on which it is based starts at €23,000 (around US$25,000). You can find out more information on the Falcon 8+ in this Intel News Fact Sheet (PDF).

Does Intel’s acquisition of AscTec and first real entry into the drone market get you excited? Will this lead to Intel bringing out hobbyist and consumer level drones to compete with DJI & Yuneec? Or do you think they’ll limit themselves to the higher paying commercial markets? Let us know your thoughts in the comments.

Living in North America? Here is your shot at winning at kick a$$ travel video tripod