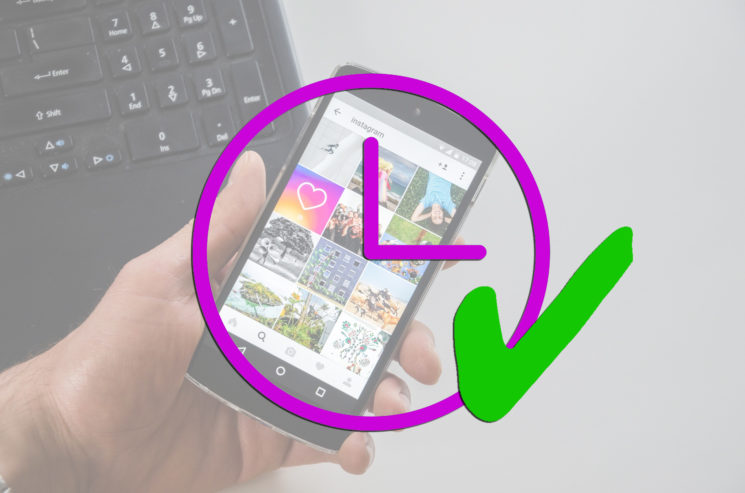 After announcing “Usage Insights,” Instagram is now testing yet another feature that can potentially be a wake-up call for those spending too much time on the app. As you browse through the feed, the app will notify you when you’re all caught up with new posts. This way you’ll know that there’s nothing new left to see, so you can stop scrolling and go do something meaningful.

Instagram confirmed to TechCrunch that it’s currently testing the latest feature. It looks like this: as you scroll through the feed, you’ll get an alert saying “You’re All Caught Up – You’ve seen all new post from the past 48 hours.” It’s not clear, though, how exactly it works. Instagram didn’t say if this means that you’ve seen all the posts from the people you follow, or just those that the algorithm picked for you.

Combined with “Usage Insights,” this new feature could help you put the phone down if you’re spending too much time on the app. Instagram CEO Kevin Systrom has recently tweeted about the importance of online time and its impact on people. So, Instagram’s goal is, allegedly, to be honest and responsible about it and “be part of the solution.”

Understanding how time online impacts people is important, and it's the responsibility of all companies to be honest about this. We want to be part of the solution. I take that responsibility seriously.

In my opinion, the upcoming Instagram feature is good. It might make some people put the phone down and stop scrolling through the feed like a zombie. However, it’s kinda overly complicated (just like Instagram itself has become). It would have been much easier to just have the chronological feed and realize you’re all caught up when you get to the posts you’ve already seen. But unless Instagram releases their “sort of chronological feed,” I guess we won’t have this option.