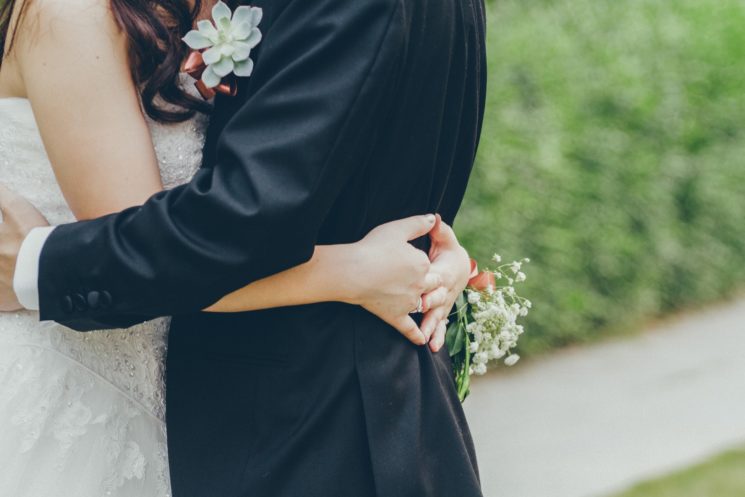 The royal wedding of Prince Harry and Meghan Markle sure caused a lot of attention all over the world. Many photos have been taken and published, but one of them went viral on social media, showing the newlyweds holding hands from above. The photographer behind the image is Yui Mok, a staff photographer at Press Association (PA). He answered the questions on Twitter and revealed how he took this photo which received so much attention.

I don't know who took this picture, but it's exquisite ?? #RoyalWedding pic.twitter.com/yR60JWCdd1

The photo looks like an aerial shot, but drones were forbidden at the royal wedding. The photographer explained that he managed to pull it off because he was positioned on the roof of George IV Gateway of Windsor Castle. The couple passed directly beneath him during the carriage procession, and he took the shot.

Thanks, glad you like the photo. It was taken by myself, and I'm a staff photographer for @PA based in the UK. I was positioned on the roof of George IV Gateway of Windsor Castle, and they passed directly beneath me during their carriage procession. https://t.co/hkzViNhSbb

One of the users noticed the heart-shape that the newlyweds formed. She asked the photographer if he was aware of it before taking the shot, but he admitted that it was purely coincidental. “I had less than a one-second window to take that particular shot – whilst having to focus through a metal grill I was standing over – so was happy to get anything really,” he wrote.

Purely coincidental. I had less than a one-second window to take that particular shot – whilst having to focus through a metal grill I was standing over – so was happy to get anything really!

Although Yui Mok stands behind the image, he didn’t want to take all the credits. He thanked the AP picture desk for cropping and tidying up the raw images he sent.

I should also add a big thanks to the @PA picture desk, who crop and tidy up the raw images that we send to them directly from our cameras on big jobs like this, before they are issued to the wider world. They tend to be unsung, whilst photographers end up grabbing all the glory.

Twitter users believed that he took thousands of photos that day. Frankly, I’d think so too. But the funny thing is that it’s actually not true! Yui Mok explained that he took “WAY less photos” he normally does on a major job.

Funny you should ask that, I actually took WAY less photos than I usually do on a major job!

If you’re wondering what kind of gear was used to capture this image, it was Canon 1DX Mark II camera with a 70-200mm lens, as Mok wrote on Twitter.

The photo got a whole lot of attention on the Internet and was shared many times without credits. Yui Mok said he only gets paid his salary by Ap, no matter how many times the photo gets shared. However, he thanked everyone or nice comments and admitted that he would never have thought it would be so popular.

So, in case you’ve seen this image without credits, and wondered who took it, now you know, along with some details about how the photo came to be.