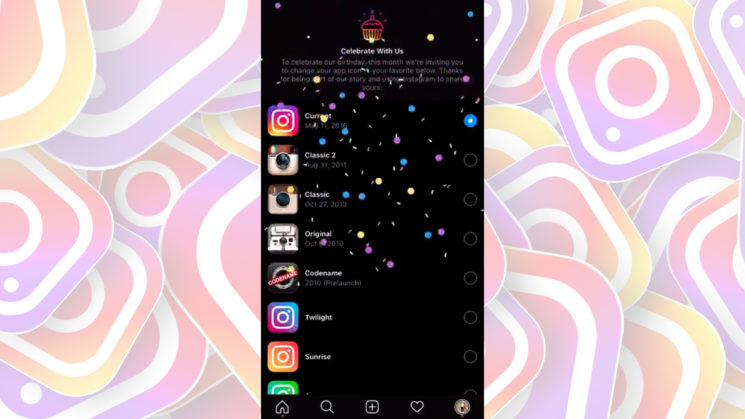 Can you believe it’s already been ten years since Instagram was first launched? To celebrate its tenth birthday, Instagram has launched a new anti-bullying feature. But there’s also an Easter egg hidden in the settings: it lets you revert back to the old icon and remember the early days of the app.

Instagram first hit the App Store on 6 October 2010. It’s been a long road full of changes, not only in the icon, algorithm, and layout, but also in the ownership. In 2012, Facebook bought the photo-sharing app, and it remains its parent company to this day.

Now, even though most of us would probably prefer having the chronological algorithm back, Instagram is bringing back something simpler to celebrate the anniversary. When you browse through the settings, you’ll be able to change the icon. I still don’t have this feature in either my personal or creator account, so I assume it’s still being rolled out. But here’s where to look:

Here’s a vid of the secret! 🙌🏻 pic.twitter.com/ZlRIWWa0s7

According to The Verge, the feature will only be available throughout October, so don’t get too attached to the little Polaroid icon o whichever icon you choose.

As for the new feature, it’s focused on preventing online bullying. Instagram has already made similar efforts before: it lets you shadowban bullies and delete nasty comments in bulk. It uses AI to recognize trolling and bullying in comments and to shame you if you post something like this. The latest feature is similar to what we’ve already seen. If you try to post a nasty comment, you’ll get a warning that your account might be deleted. And if you receive a bullying comment, Instagram says it’s “testing a new feature that will automatically hide comments that are ‘similar to others that have been reported,’” according to Engadget.