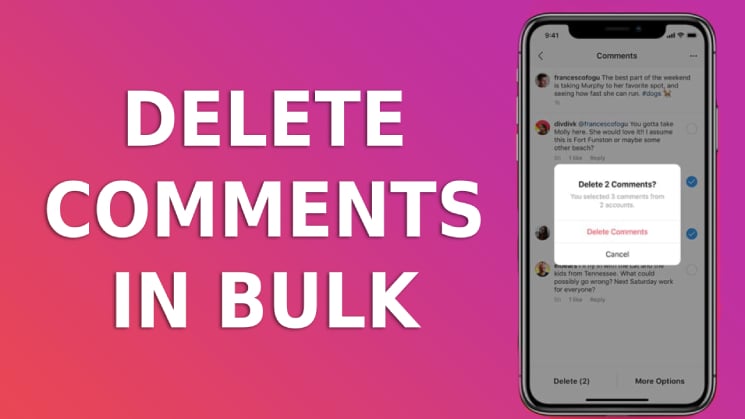 Instagram has released another feature aimed at dealing with nasty comments and trolls. Instead of deleting comments one by one, you can now do it in bulks and get rid of the trolling and nasty comments much faster.

The company announced the new feature as a part of their latest Community Standards Enforcement report. From now on, if you want to delete multiple comments (up to 25) at once, here are the steps to follow:

Furthermore, Instagram rolls out the option that lets you manage who can tag or mention you in a comment, caption or Story. You can choose between everyone, only people you follow, or no one.

But Instagram will not only let you get rid of the unwanted comments. According to the announcement, it will soon also let you highlight the nice ones. The “Pinned Comments” feature will get into the test phase soon, according to Instagram. It will allow you to pin comments of your choice to the top of your comments thread. I guess it’s something like “Pinned Post” in Facebook groups and pages.

Over the past few years, Instagram turned to different solutions for dealing with nasty comments: AI, guilt trips, and my personal favorite: shadow-banning. Although, this new feature will be mainly useful for influencers or accounts with large follower count. They deal with a huge number of comments every day, so this will definitely come in handy to remove the negative ones faster.

Instagram introduces threaded comments to increase engagement with your followers

« Nikon expects “extraordinary losses” as a result of coronavirus pandemic
Should you re-retouch your old photos? »