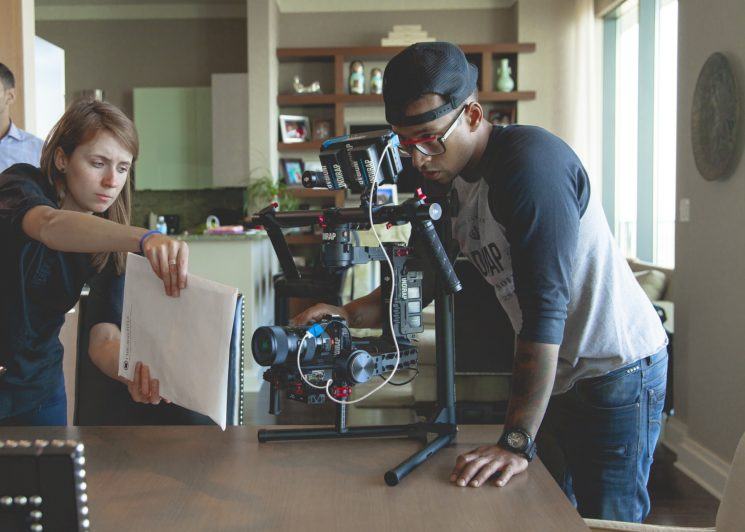 When it comes to male and female roles in the society, there are a lot of stereotypes and a lot of inequality. One of the fields where disparity seems to be largely present is filmmaking, and movie industry in general. Simon Cade of DSLR Guide discusses this topic in his latest video trying to get some answers. Do filmmakers need to be male? And if not – why men are still predominant in this industry?

Simon relies on some studies and videos, and you can find them linked in the video description. And he starts from the very interest men and women have in filmmaking. It seems that men are generally more interested in it, so they consequently tend to pursue the career in filmmaking more than women do. As far as I’ve noticed, it also seems to be the case in photography. But does this mean filmmaking is a “men’s job?” Or it has something to do with the role models and the presence of women in film, both in front and behind the camera?

Based on the research Simon refers to, there are far less female role models in the world of filmmaking. Also, there are less female characters in the movies that we can look up to. Just think of the most prominent characters from the iconic movies – I’m sure you’ll mostly come up with male ones. According to some responses from the female users he got on Twitter, girls could become more interested in filmmaking if they had more role models to look up to. This all seems like a circle that could be difficult to break.

When it comes to the budget for movies, those focused on male characters have a larger budget than those with female ones. Ironically, movies that feature more than two speaking female characters actually make more money. What I find particularly intriguing is that the movies featuring two or more women have larger budgets – but only if the female characters don’t talk to each other.

Even Simon admits that one of the short films he made only had men on set and in front of the camera. At the time, no one even noticed it. However, when he spotted this to be the problem in the industry, he began including women more. Not to fill the quota, but to bring new ideas and sentiment, and hear different perspectives. Personally, I think it’s the right thing to do. Not because you should include women just to say you did so, but if they are talented and hardworking –why not? I mean, you should hire talented and hard-working people regardless of the gender.

From what I saw in my circle of friends and acquaintances, the guys are definitely more interested in filmmaking, and they’re making a career from it. In my country, there are way more successful male filmmakers than the female ones. And I don’t think it’s because women can’t do it. It could be because of the lack of role models, and the powerful female characters in the movies themselves.

[Filmmakers Have to be MALE | DSLR Guide]

Check out these 7 tips for posing male subjects

« You might be owed a refund if you registered your drone with the FAA
Is your camera overheating? Then strap a giant heat sink to it like this guy »