Need extreme close-up shots of tiny objects in your video? You’re on a budget and don’t have these fancy extreme macro lenses? Use the technique called “reverse lens macro”. It’s well known in the macro photography world but surprisingly unknown in videography.

Simply put, you take a wide-angle lens. For example, take an old 28mm and mount it in reverse via a macro coupler ring adapter to your camera. That’s all there is to it. The wider your lens is, the higher the magnification. This technique works with every DSLR / mirrorless camera not only with the Pocket 6K. 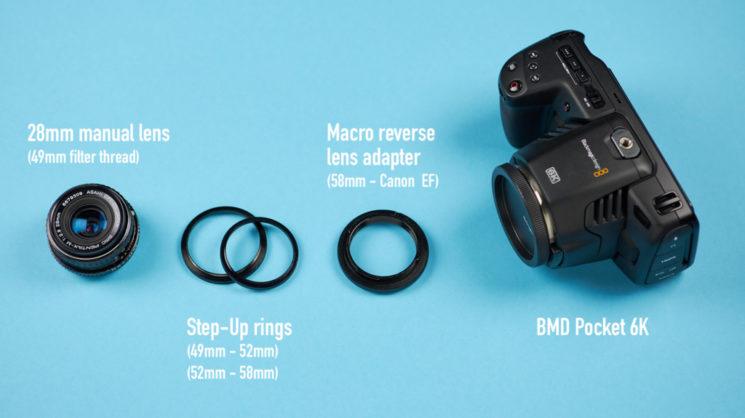 Just put the macro reverse lens adapter on your camera. Add the correct step-up rings to match the filter thread size of your manual lens. Focusing is done by increasing or decreasing the distance to your subject. With the aperture ring on the manual lens, you can also increase or decrease the depth of field. On the insect videos, I used an aperture of f/8.

You can also use electronic lenses like the 18-55mm kit lens in reverse. But for that, you will need a macro extension tube lens reverse adapter like the Meike MK-C-UP to be able to control the aperture. At 18mm you get amazing close-up shots and you are also able to zoom between 18mm and 55mm on the fly, to increase or decrease the magnification. 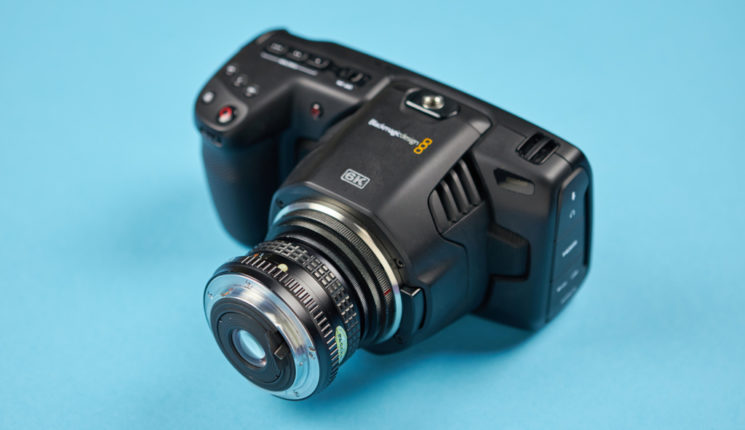 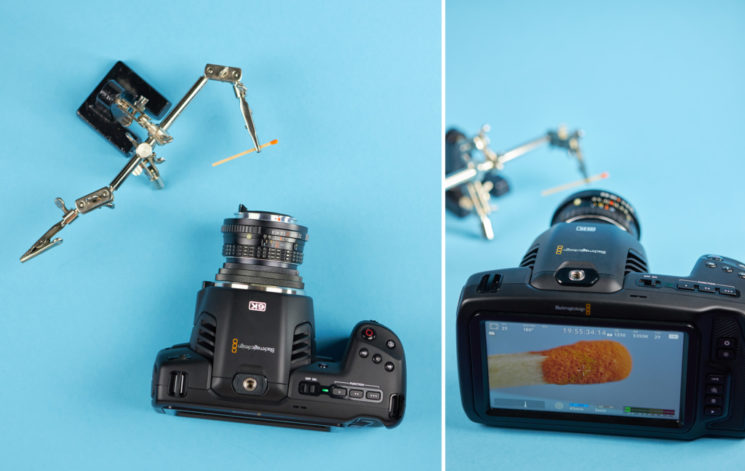 close-up shot of a matchstick with reverse 28mm lens

I shot these ant videos handheld with the manual 28mm lens mounted in reverse on my BMD Pocket. Clips were stabilized in After Effects with the warp stabilizer.

To further increase the magnification use a wider lens or just add a set of extension tubes to your camera. With this setup, you will get extreme close-up shots but the whole setup is now bigger and the rolling-shutter (jello effect) of the camera becomes visible if shot handheld. But old cameras like the BMD Production 4K camera with its global shutter will work perfectly well. 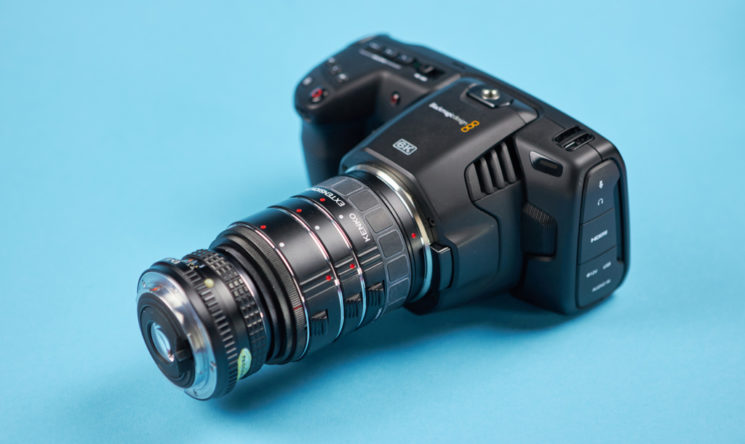 extreme close-up of a matchstick with additional extension tubes

I saw this little guy pulling an almost dead wasp across my terrace. Immediately I got my camera with the 28mm lens mounted in reverse and begun shooting different angles. Clips were stabilized using the warp stabilizer inside after effects.

Daniel Schweinert is a Director of Photography, VFX artist & Tech geek based in Germaringen, Germany. You can see more of his work on his website, Instagram, Vimeo, and Youtube. This article was also published here and shared with permission.

The Blackmagic Pocket Cinema Camera 4K is also a stills camera and 10 other things you need to know
« Building an ultra-large-format 16×20 camera with a massive aerial lens and cardboard
Watch: DJI Inspire 2 retrieves stranded Phantom 4 »