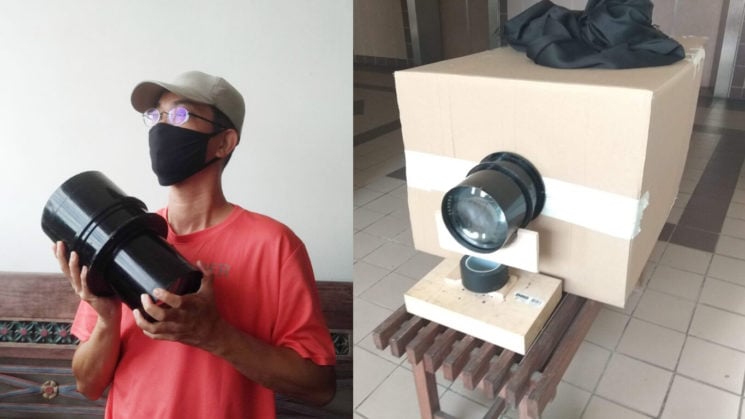 A few years ago I built an ultra-large format camera that is 24 inches by 24 inches. While it was a pretty huge camera, it was a simple build it was just two square standards, one for the front and one from the back which was connected by a big bellow.

There was no support base or focusing rails and I just support the two standards by using two tripods so it was not the most stable camera. After a while, I dismantled the whole setup and recycled the wood and the bellows so I thought that would be the end of my Ultra Large Format (ULF) camera building adventures but who knows a while back, my friend passed me a big lens and it got me thinking of rebuilding an ultra-large-format camera again. 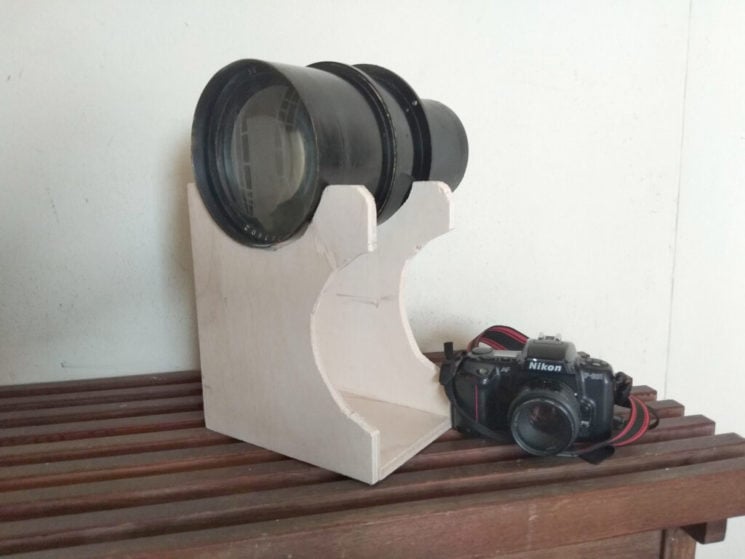 The lens compared to a Nikon film SLR

The story was that my friend came across a camera collector near a local market during one of his walks and spotted this big lens. Money changed hands and he bought over the lens.

After some research, I discovered that it is a aerial lens. It was used in aerial camera mounted on aircraft for surveillance photos probably during World War 2 or later. The lens weighs eight kilograms and the focal length is 36 inches and has the biggest aperture at f6.3. However no brand or maker’s mark can be found on it. it may be one of the few lenses that were made by different companies during the war.

As the lens is so heavy so I built a wooden lens support for it. It is made with a few pieces of wood and cut some curves that will fit the front part of the lens. I also designed it so that there are two height adjustments as my camera design will be of a rectangular shape and there may be a need to mount the camera at different heights for landscape and portrait orientation.

Watch the video about the lens here :

As I do not have the space for for a ULF camera I decided to just make one from corrugated cardboard boxes. I opted for a sliding camera design but with a twist in the back design. It has 2 sleeves holes cut out at the sides so that I can put my hands inside to load the paper. The “dark slide” would be at the back of the camera covering up the ground glass when I need to load the photo paper and doing exposure. With no removable film holder, I would load the paper would by sticking it on the ground glass using magnets. I am not sure is this considered innovative but I must say I never come across similar design in other cameras.

Watch the video about the camera building here: 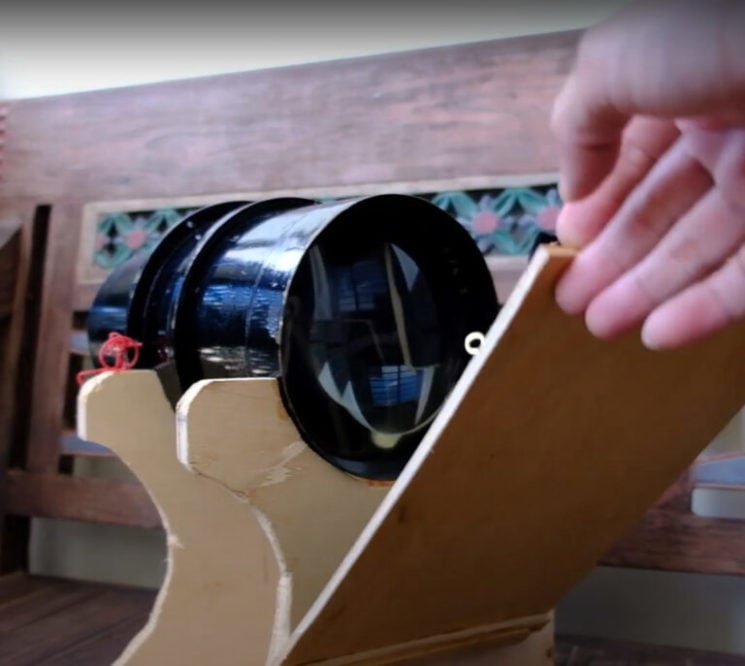 While the camera has a working aperture, there is no shutter control for it. Initially I built a simple cardboard lens cap for it and use it to control the exposure. That is a ‘remove and place back’ the lens cap for exposure. This is a common method to control exposure in barrel lenses. However this method will not work if I were to take my own self portrait.

As the lens is so big (diameter ), it is hard to find a commercial shutter like the common Packard shutter for it . Again I built a flap shutter for it. The I just use rubber bands (or elastic bands for longer lasting elasticity) . I tied a long string to it so to open the shutter just pull the string to pull down the flap. When the string is released, the flap will be pull back by the elastic bands. 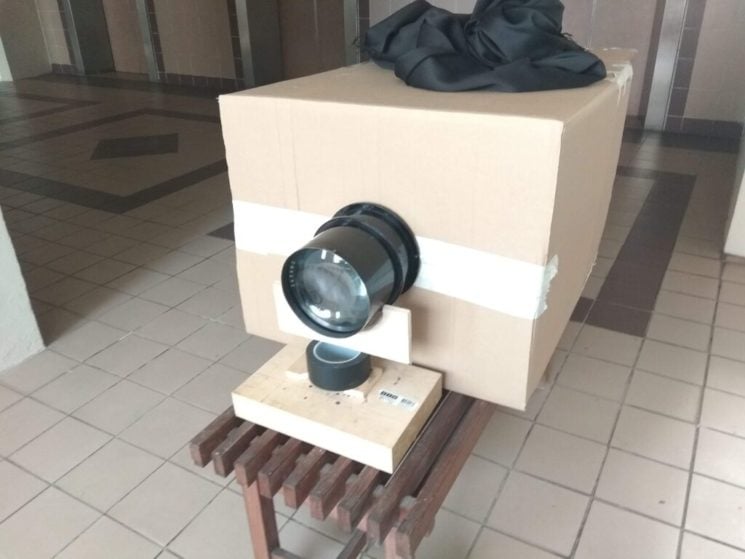 Watch the video about the shutter building here:

Hopefully I will have the resources to build a more permanent ULF camera in the future.

Cheng Qwee Low has been doing photography including traditional darkroom printing since 2003. He started shooting using film cameras using the 35mm film format. After dabbling in digital photography, he found himself being drawn back to film photography a few years ago. This time he is attracted by the large negative size offered by a large-format camera.

At the same time, he started to explore deeper into the roots of photography and the various 19th-century photographic processes. Through the various manuals, books, websites found on Internet, he managed to learn the wet plate collodion photography and Kallitype Printing process on its own.

You’ll find more of Cheng’s work on his website and YouTube channel. This article was also published here and shared with permission.