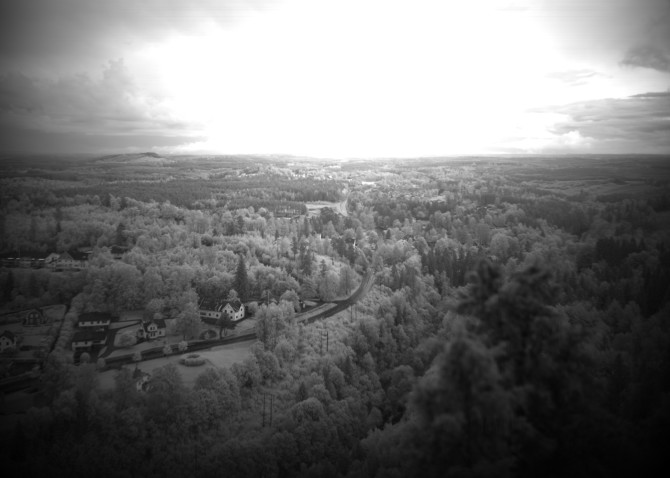 it is not often that a person builds their own camera, and even less common for them to build a large format camera, but Jimmy.c. Alzen just built one of those. The total cost of the build was less than $150 + several years of education and tinkering know-how.

The camera was submitted to Hack a day’s Challenge and as such it is pretty hacked up. The photographs that it takes, though, are dreamy.

Jimmy used a vertical scanner – TAOS TS1412S – similar to the ones found in scanners to scan line by line of the focus plane and adding up those lines gives a pretty sizable image. Jimmy explains:

The heart of this camera is the TAOS TSL1412S sensor. This is a linear array sensor with 1×1536 pixels, each 63.5um square. By scanning the sensor in the focus plane I get a monochrome 4190×1536 image. The physical image size is 138x97mm. These numbers give non-square pixels, but that is easily adjusted in Photoshop 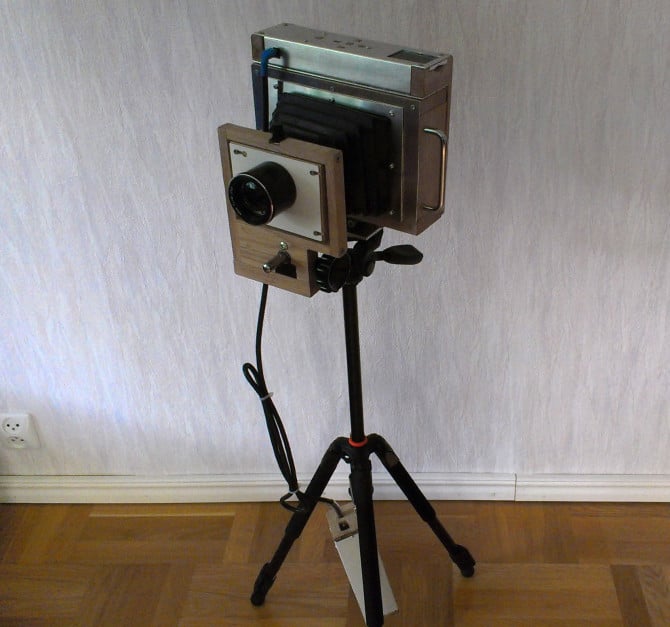 Camera internals are build from the sensor set on pair of rails to allow it to traverse the focal plane. The brains are an Arduino Due connected to a stepper motor, a 2.2″ TFT screen along with a light meter and an SD card slot It is built in a way that allows both changing the exposure of each line, but also the delay between the captured lines, so an image can practically have one of the sides captured by daytime and the other by moon time. It kind of resembles the Spatial-Temporal Shift Of Pictures we shared way back only done in camera rather than in software.

The real price tag comes at the time it takes to captures a photo:

It takes a while to scan the image. In daylight/sunlight I get an image in about two minutes (2ms shutter), but in twilight it takes about 45 minutes (200ms shutter).

Head over to Hack A Day’s project page to see the full project.