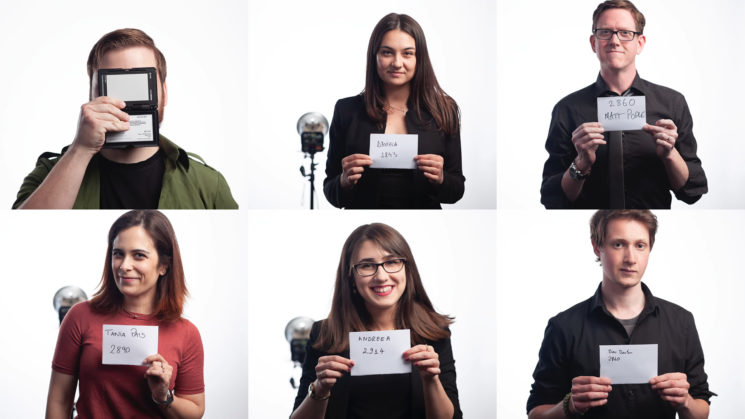 Headshots and portraits on a white background are a timeless classic. And most of us who shoot portraits have had to do them at some point. If we haven’t, we likely will sometime in the future. Processing and editing them, though, can often be a pain, especially if you’re shooting a whole bunch of people at once. A group of employees at a company, for example.

In this video, Sean Tucker talks about his white background workflow. How he finds his selects, basic raw processing, and finally his retouching (which is very minimal). It’s a very clean and efficient workflow. And while there is a timer playing in the bottom, the process goes a lot quicker if you don’t have to explain it for a YouTube video.

This comes as a follow-up to a previous video where Sean actually shot these photographs. In that one, he went through his preparation using a stand-in, as well as how he interacts with the subjects while they’re in front of his camera. So, if you’re still at the point where you haven’t shot a white background before, it’s well worth watching that video, too.

But for this one, the process is fairly straightforward. And it begins during the shoot itself. Sean begins by getting a shot of a grey card before the first client has even walked in front of his camera. And after each subject has been in front of the camera, he goes over the images with them to find the one that they like the most. He then has them hold up a card with their name and the file number of the image that they prefer. 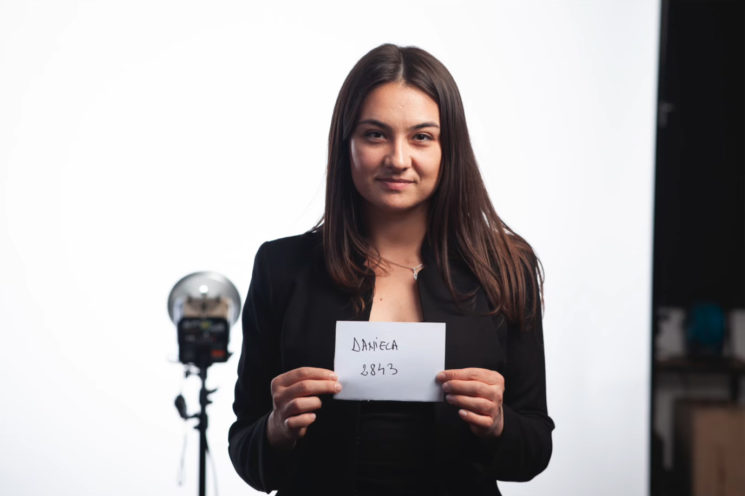 Then, in Lightroom, he uses the first shot to get a good white balance reading, and then batch applies this to all of the other shots from the day. Then he quickly scans through the shots looking for the ones holding up the cards. This lets him quickly and easily see which ones he needs to process. There’s no point wasting time on images that will never be delivered to a client.

With the selects easily found, Sean limits the view of images to only those he needs to process by giving them a three star rating and then filtering the images. After this, he goes through each one, tweaking the raw settings to get the whites where he needs them, tweak the contrast. Very minor changes that only take a few seconds per image.

Then it’s time to bring each image into Photoshop. And there’s two parts to this process. The first is making the white background actually white around your subject.

You could stop here. Essentially you’ve got your white backdrop headshot. Just a minute or two and you’re done. But Sean goes into a little more of his retouching, too.

This extra retouching process takes Sean about an extra 7 or 8 minutes. But, he’s only half concentrating on it, and going slow because he has to explain it to the viewer. With practice, it doesn’t take long at all, and you can save a lot of time by having Photoshop create the adjustment layers for you with an action. You could probably shave this down to 3-4 minutes per image.

When you compare the difference between where Sean started in Photoshop and where he ended up, the changes are subtle, but they all add up to something quite effective. 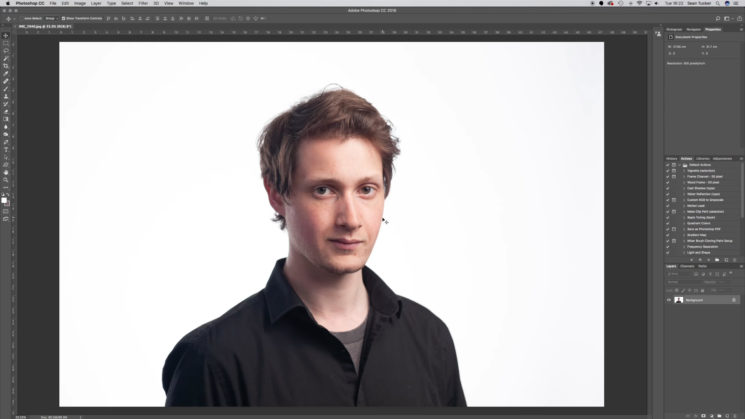 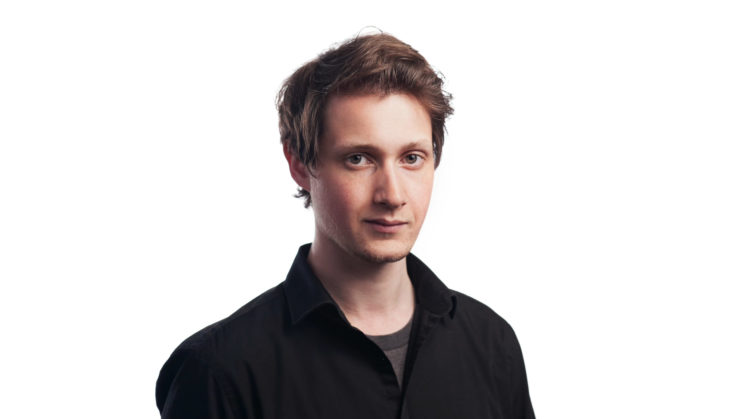 My own process for shooting on white (and black), is fairly similar to Sean’s. There are a few small differences, but overall it’s pretty much the same.

So, if you’ve been struggling with editing white background images or you’ve been asked to some, now you’ve got an easy way to get through them quickly.

« Taking a photo of something makes you forget it more easily, study finds
How to make a great macro lens for your phone for $2 »