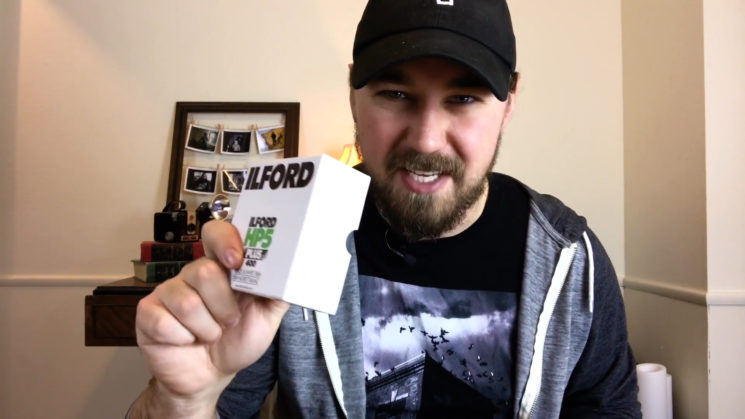 If the cost implications of shooting photography on 35mm film are putting you off, then worry not. The two biggest expenses to shooting film are the acquisition of the film and then developing it. A few days ago, we showed you how you can save some money by developing your own. Now, here’s Nick Mayo to show us how we can cut down the cost of the film itself.

Expired film also benefits from the use of a bulk loader, too. That being said, expired film has risen dramatically in price the last few years, both individually and in bulk rolls. But deals can still be found on eBay. They’re a gamble, but it’s not uncommon to see rolls pop up for as low as $20 on eBay, and I have about a dozen 100ft rolls of old FP4, HP5, PANF, Tri-X, T-Max and Rollei Retro that cost me about that much each.

Bulk loaders have started to become popular again, as more people are learning about them. Like expired film, the prices of new bulk loaders has gone up slightly in the last couple of years. Nick uses the Lloyd 35mm loader, which costs $49.95. But there are some great deals out there on older ones. I have a couple of Alden 74 bulk loaders. One of these was given to me by a friend who bought it new years ago and hadn’t used it in a decade (it still had about 8 rolls of Tri-X inside it, too), and the other was less than $10 on eBay.

Using a bulk loader with expired film allows you to use those 10-15 leftover frames to judge the true ISO rating of the film now. Essentially, you take a meter reading, and then bracket the exposures, lengthening the shutter speed in each shot by a third of a stop. Then you develop the film as normal.

If your supposedly ISO400 film metered at 1/100th of a second, but you’re actually getting a good exposure at 1/25th of a second, then it’s lost two stops, and your remaining 18 rolls should now be rated at ISO100, and developed as normal. Simple. For current in-date film, I use those extra 10-15 frame rolls to experiment. To try out things like stand development, or alternate developing chemicals.

For my own needs, developing the film myself and buying a couple of bulk loaders is what has enabled me to make it a viable shooting option. I’m not one of those purists film die-hards, but I do enjoy shooting with it. I like not really knowing whether or not I’ve got the shot until I get home and develop it. I like developing it. And I like throwing that film in the enlarger and making my own wet prints.

Yes, shooting film can be expensive. And with it becoming more popular, much if it is getting more expensive. But there are still plenty of ways to save money if you’re smart.

How to bulk process and edit headshots on a white background

« Facebook’s new captcha asks for selfies if your account gets locked
Should you go to film school? Here are some pros and cons »