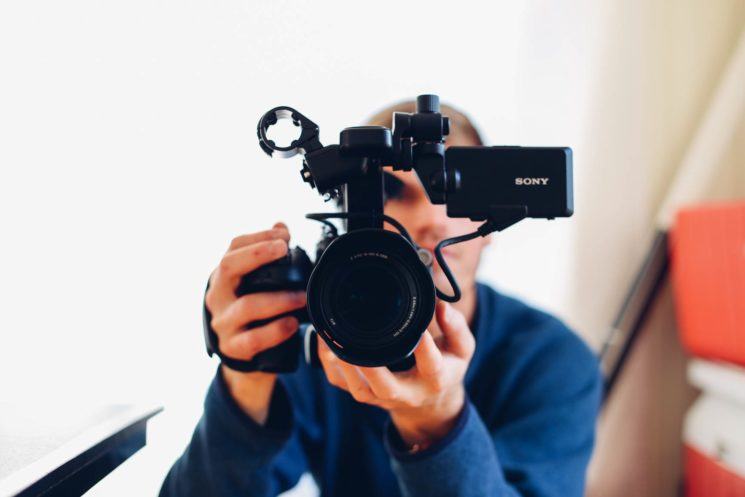 You want to get into filmmaking and your first thought could well be that you need to go to film school. The choice between school or going self-taught has both pros and cons and you might well be indecisive about which is the best option for you. Filmmaker Brandon Li has launched a video where he discusses both the good and the bad sides of attending film school. Since he’s both a film school graduate and an experienced filmmaker, I believe his advice could help you make the decision. Some of his points also apply to photography school, so if you’re considering enrolling there you should also check out this video.

Brandon went to the University of North Carolina School of the Arts. He attended a four-year program and earned a BA in Fine Arts, with the focus on producing. He points out that many successful directors have come out of this film school. But did it work out for him? Well, it did up to a point. But it had some bad sides as well.

On the plus side, Brandon points out that some of the information he acquired at film school was valuable to him and he uses it to this day. Which is, of course, what you’d expect from every school you attend.

Another positive point: the connections and friends he made there. He admits he didn’t stay in touch with many of them but that’s mainly because he took a different route after graduation.

But the most important thing he gained from film school was learning how to get his work reviewed by other people. In other words – how to take criticism. As a creative, you’ll face criticism for everything you do. In film school you’ll learn how to deal with it before you go out into the world of filmmaking and putting yourself out there.

One of the disadvantages of film school is that you might find yourself pushed into an area where you don’t particularly wish to focus. Still, Li admits he may not otherwise have forced himself to learn about producing, so this can be valuable after all.

Another con was that he didn’t have the opportunity to make his own final film. Instead, he ended up producing someone else’s film with other people’s names as director, cinematographer and editor. This isn’t necessarily a negative for everyone, especially if you are seeking a career as a producer.

While some of what he learned in film school was useful not all of it was valuable. He learned a lot of technical stuff which he already knew or could have learned by himself. If you’re a camera geek you too could find this boring or frustrating.

Another major disadvantage was that they didn’t always analyze the films they watched. Brandon says they would watch movies on a big screen every week but there was no subsequent discussion. This is an important part of the learning process.

What information he still uses from film school

While a lot of what he learned hasn’t been useful to him, Brandon has retained a great deal of knowledge following graduation. Most of all, it was about the storytelling basics: character development, conflict, resolution, heroes, act structure, etc.

Although other people’s experiences are valuable and can bring you closer to a final decision you need to have an inner dialog with yourself. Ask yourself these questions:

If you want to enroll in school you will need to consider the financial aspect. If you don’t have the funds for film school it isn’t the end of the world. Brandon suggests that you try volunteering on someone else’s film. Being an apprentice on a real-world set will teach you how everything works and you’ll gain some precious connections and experience.

Does film school help you get jobs?

From Brandon’s experience, he sent over a hundred resumes after graduation and received exactly zero responses. What got him started was a comedy rap video he made with friends in 2006. From there, he was hired to work on some reality shows. When he wanted to get into something else, he started making videos on his own trips and developing his own style. Eventually, he started earning from shooting commercial videos and branded content.

Brandon points out that 90% of his work comes to him from people who have seen his videos on Vimeo. Vimeo is a great place to post if you want to get started as a filmmaker. Staff Picks videos (which always feature high-quality content) could help you to gain a larger audience and more clients.

Finally, it’s important to create something that reflects your style and has your personal stamp. This way, people will come to you asking you for more of that. Create a portfolio filled with stuff you’d like to do to attract the clients who like your style and who want to hire you for it.

At the end of the day, the choice to go to film school or not is only yours. But I hope that these guidelines can help you to direct your thoughts, analyze yourself, your priorities and wishes, and bring you closer to a decision.

[Should you go to film school? Did I? | Brandon Li]

Pros and Cons of the Creative Cloud Subscription Model