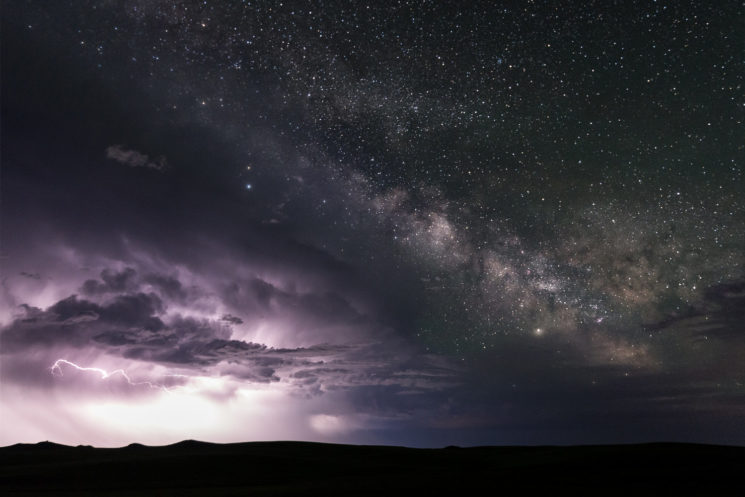 I have captured photos of stars above distant thunderstorms before, but I never imagined I would be able to capture the Milky Way above a nearby thunderstorm. While out storm chasing in Eastern Montana on June 4, 2018, that’s exactly what happened.

See the before and after of the above image at the end of this post!

We left our home base around 11 AM and drove about 3 hours to get to our target city where we grabbed a bite to eat and waited patiently for storms to develop. Some of the first storms developed around 4-5 PM, but there was nothing too impressive on radar. We attempted to capture some lightning with the initial storms through the evening and captured a few strikes, but nothing too exciting. A stronger storm eventually developed south of our location and we drove the hour or so south to get into position.

As we arrived on the storm there was a well-defined, but very high-based lowering. No rotation was evident and the storm was beginning to weaken. We captured a few shots of the interesting storm structure and then decided it wasn’t worth going after the storm any more and it was time to start the several hour drive back home. 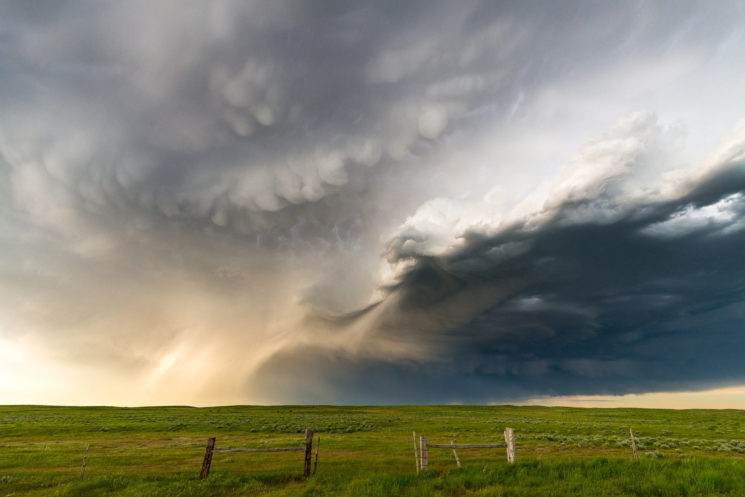 As we were fueling up we noticed a line of storms heading east that would eventually cross our path back home. Instead of stopping somewhere to eat dinner, we decided to head north and try to get in position ahead of these storms to capture some lightning shots. Unfortunately, we weren’t able to make it that far north in time, so we arrived as the rain was already ongoing. Even though it was already midnight, we decided to wait the 30 minutes or so it would take for the back edge of the rain to arrive so that we could try to get some lightning shots then.

We were sitting on a dirt/gravel road in the pouring rain, patiently waiting. As soon as the rain ended we jumped out and set up our tripods. After about 10 minutes of shooting we noticed the stars coming out with the clear skies behind the storm. Another few minutes passed before the storm moved far enough away for the clear skies to be present overhead. I immediately began attempting to get some shots with the night sky and lightning, not having any clue what I was about to see on the back of my camera. The first few shot attempts turned out horribly (see below) as I was still trying to figure out what the best exposure would be in order to capture the night sky in detail, while also capturing the lightning without completely blowing out the thunderstorm. 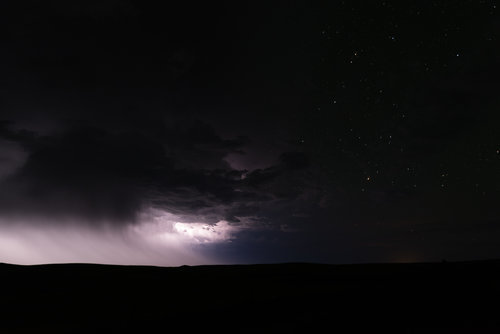 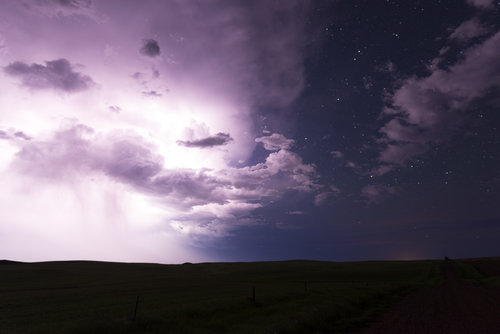 After several shots I determined that my best bet would be to shoot at an ISO of 2500 with a 25 sec exposure at f2.8 (using my Tamron 15-30mm f2.8 lens with my Nikon D610). I also needed just a single lightning strike to occur within that 25 seconds, otherwise the storm would be too blown out. I continuously took shots at those settings until the storm had essentially quit producing visible lightning from our perspective. More and more of the Milky Way was visible with each passing shot.

The resulting image was something I never even imagined I could capture. While I love capturing the beauty of thunderstorms and the Milky Way, I never thought I would be able to photograph both together in a single image. I edited the photo almost entirely in Lightroom, as I generally do with all my single exposure astrophotography shots, and I only used PS to clone out some minor noise issues visible on the foreground. 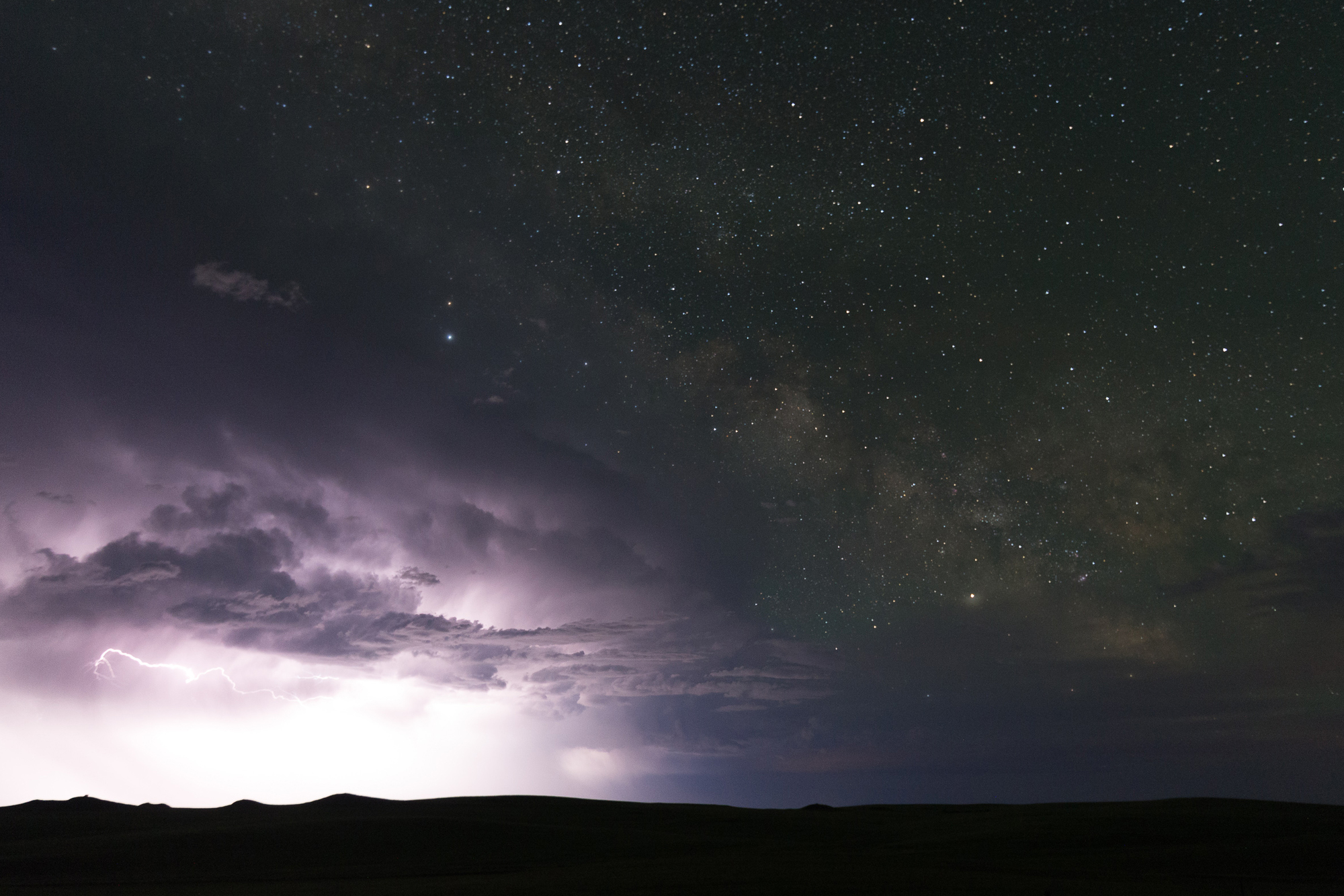 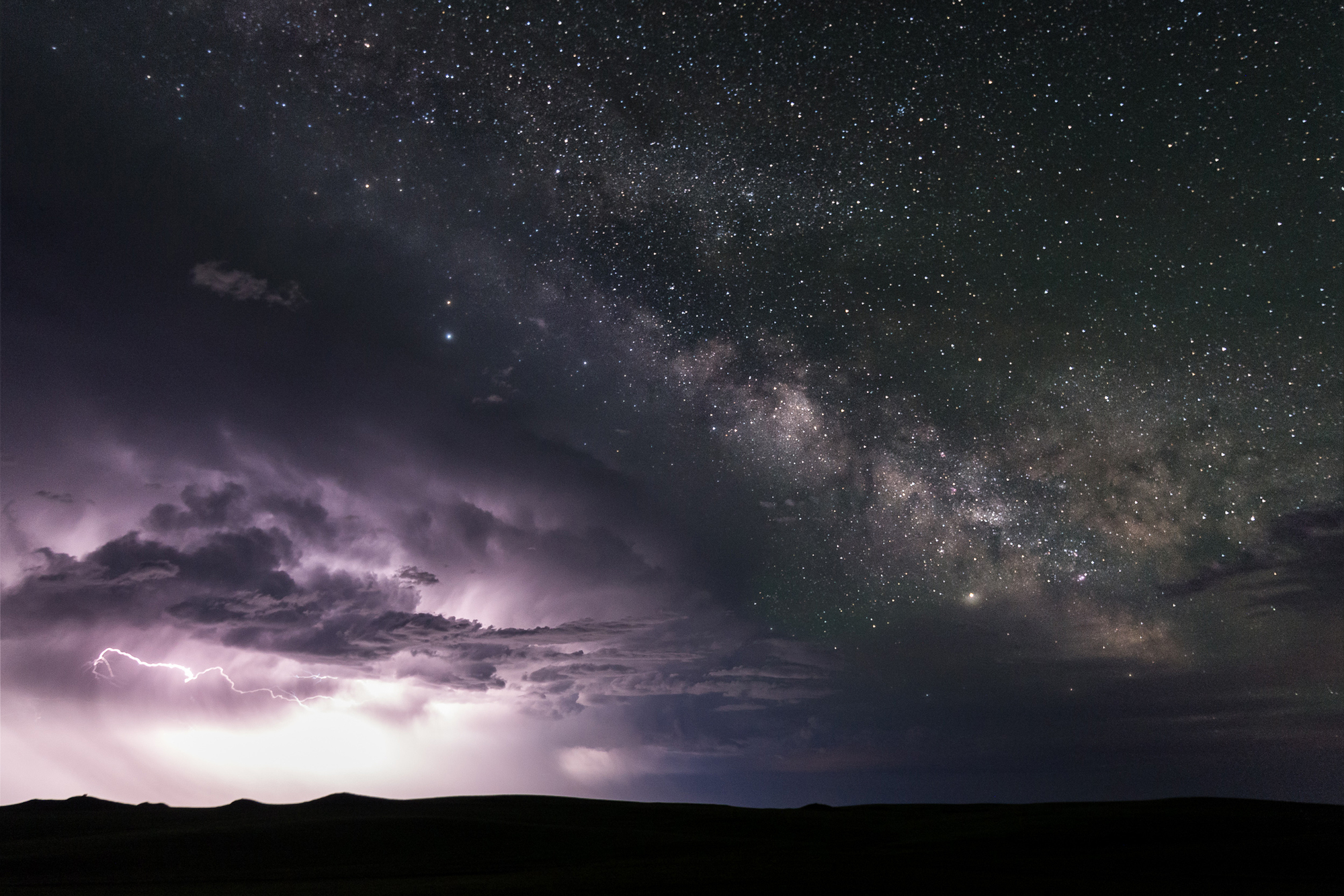 Cory Mottice is a meteorologist, outdoorsman, and photographer with the passion for portrait and landscape photography.  You can see more of his work on his website, Instagram, Facebook and Twitter. This article was also published here and shared with permission.

Watch: the lightning strikes at the tempo of music in this spectacular thunderstorm timelapse
« This new technique recovers even the most damaged daguerreotypes
MagMod launches “revolutionary” new MagBox – a magnetic softbox for speedlights »