Sometimes, the best things happen when we don’t plan them at all. It goes for many things in life, and photos are no exception. Michael Shainblum recently had to change his shooting plans and it led him to seeing the Milky Way above the Golden Gate Bridge bathing in fog. He was certain it would be impossible to capture the scene, but he gave it a shot – and he nailed it! Michael shared his adventure in his recent video, along with some gorgeous photos he took, which he also kindly shared with DIYP.

As I mentioned, this shot was unplanned since the fog appeared. Still, Michael took the best of it and captured some wonderful photos. When he saw the Milky Way above the fog, it was a magical sight and he wanted to capture it. He wasn’t sure if it was going to work, but he decided to give it a shot. 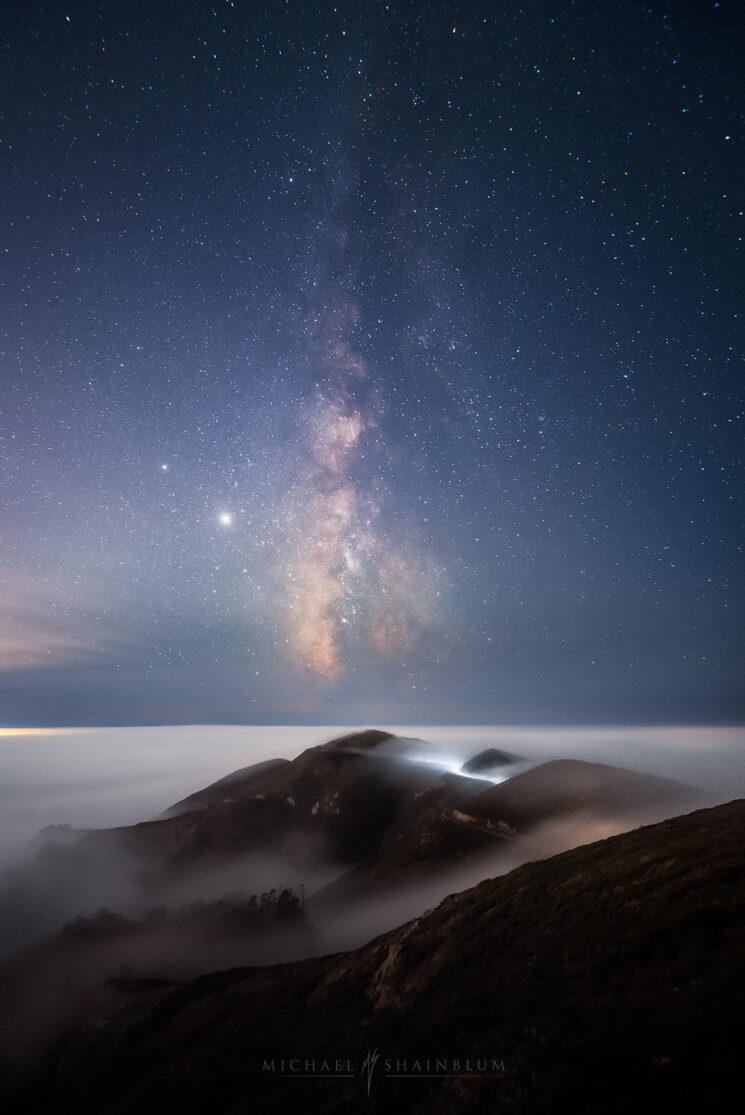 Since he didn’t have a plan to shoot the night skies, Michael didn’t bring a star tracker. He opted for a panorama of the Milky Way and the Golden Gate bridge, and took two rows of horizontal shots, five photos for each row, or a total of 10 exposures. He just wanted to see if it was even possible, even though he wasn’t sure if it was going to stitch or look interesting at all. But, he was pleasantly surprised with the result.

The appreciation for this image for Michael comes from novelty: seeing the Milky Way and the Golden Gate bridge and capturing them in the same shot with the fog, that’s quite unusual and sure looks stunning. For this particular panorama, he stitched ten 20s exposures shot at f/4 and ISO 3200 with a 16-35mm f/4 lens. 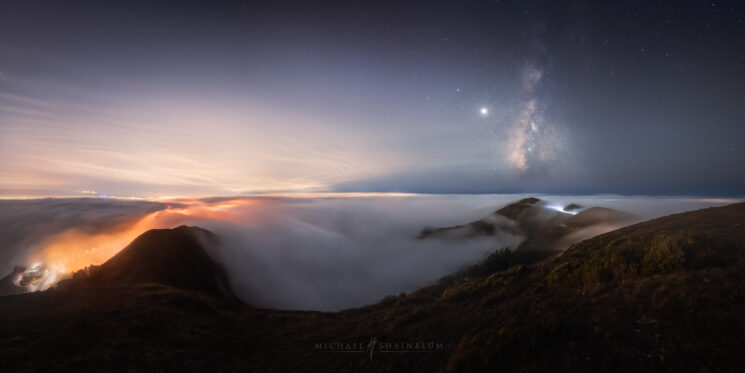 Michael took a timelapse of the foggy scene, too, and you can see it in his video above. He shared a few of his favorite shots of the evening with us, and they all look gorgeous in my opinion.

As I mentioned in an article earlier today, sometimes you need to adapt to the weather conditions and just make the best out of the unplanned situations. So, don’t be afraid to change your plans if the weather is offering you something else from what you wanted. You might end up with something epic! 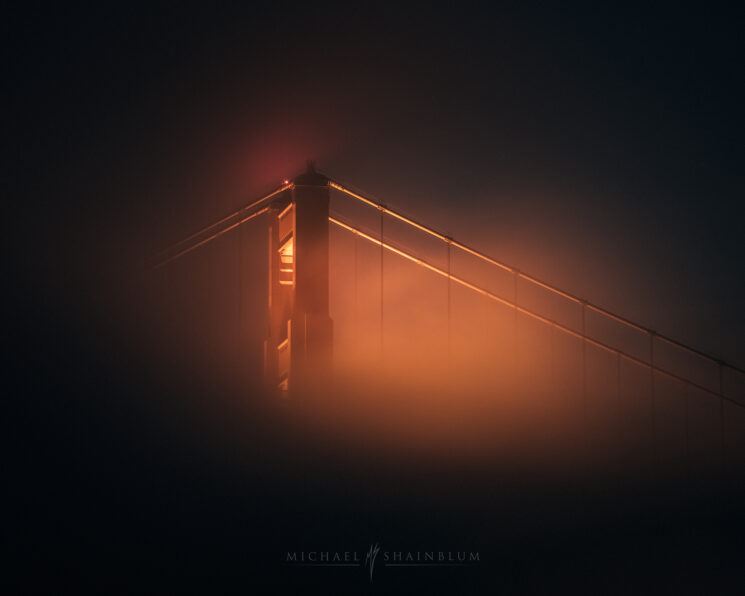 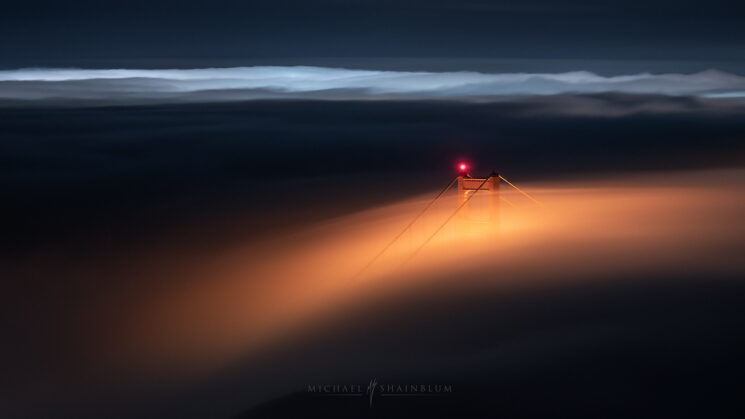 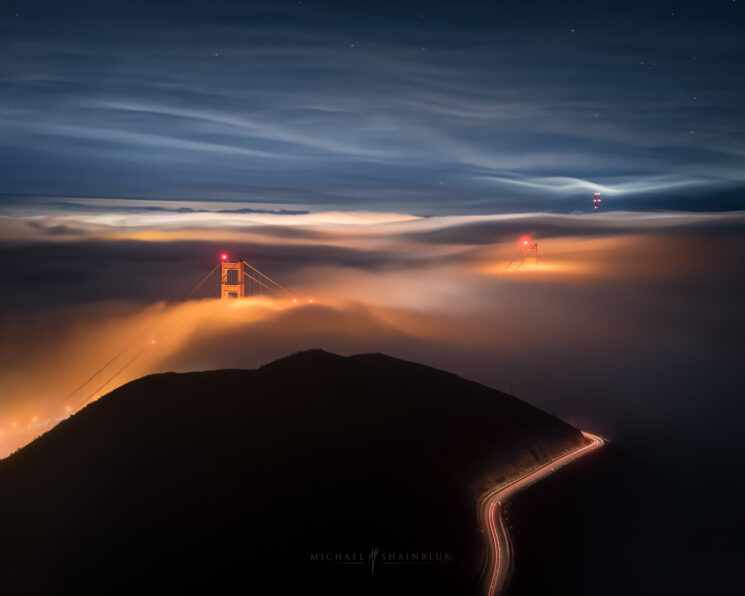