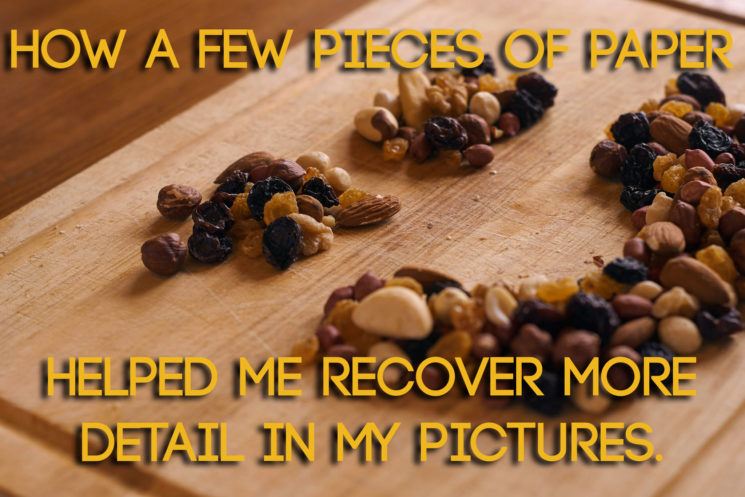 I am aiming this week at those of you first getting into photography and looking for a budget friendly way of improving your photos!

Now, onto the good stuff! First things first, I don’t come to you empty handed, I’ve come brandishing my nuts and took a picture of them pleasantly laid upon a wooden board.

The following concept is so easy to mention that I feel some people don’t even think of it as an option or a tool in their belt. Here’s a quick B/A comparison of using some paper for fill when shooting some food photography (not my most finessed genre): 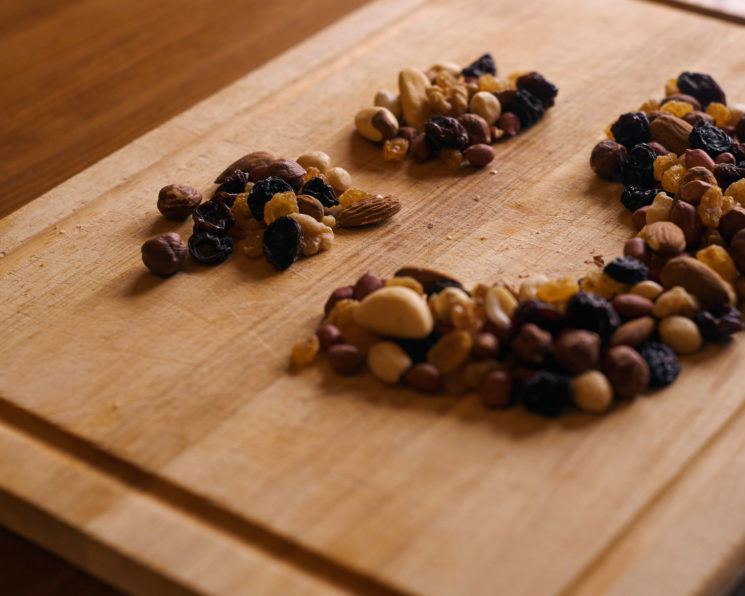 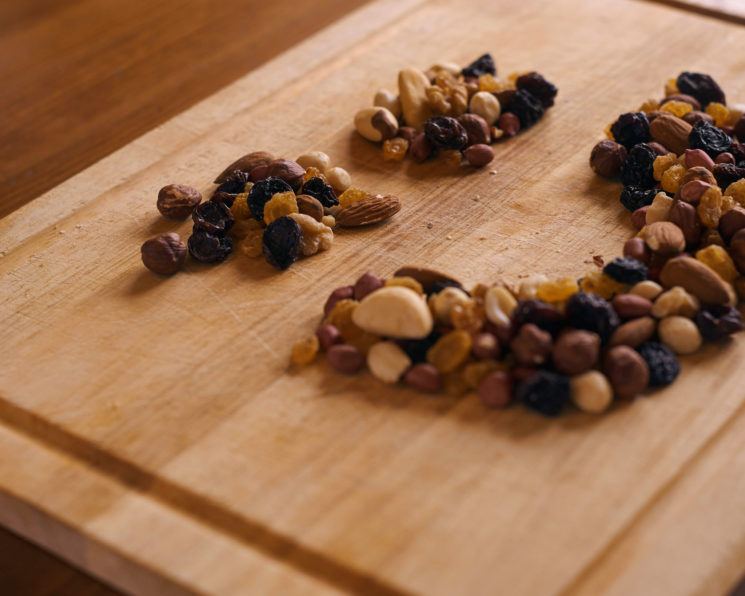 The difference you can add into the shadows through just whipping out a bit of paper is insane, and if you’re always shooting odd bits and bobs with your phone or camera, it makes sense to carry some blank paper with you! 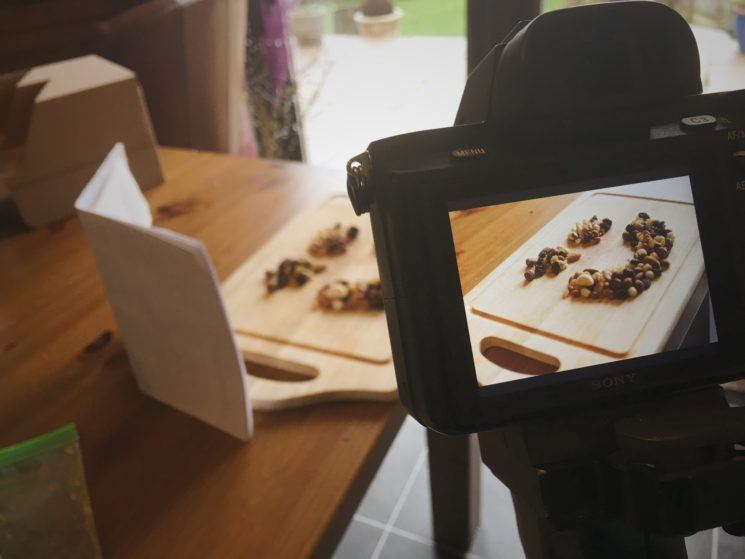 Not only is it a handy reflector, but you can use it to shape light (cut holes in it or fold it to create shadows) as well as somewhere to write your notes. The downside to using a reflector based setup instead of a strobe based one is, of course, the lack of directions and choice. You have to place it opposite the key light for fill. Meaning if I wanted to shoot the image of my nut from another angle, I’d have been a poor banker placed in Wall(nut) Street. 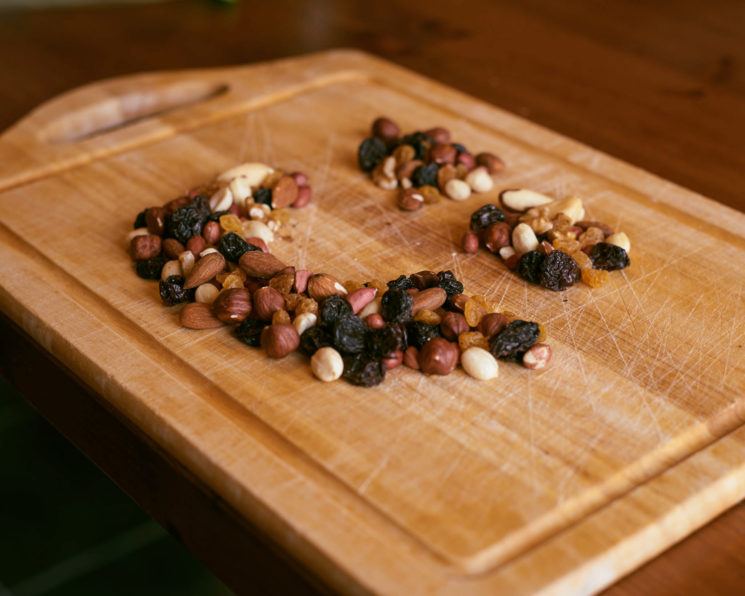 Can’t fill in from here with overcast light and paper.

Get into the habit of carrying a folded up piece of paper, seriously!

It even works for portraits: 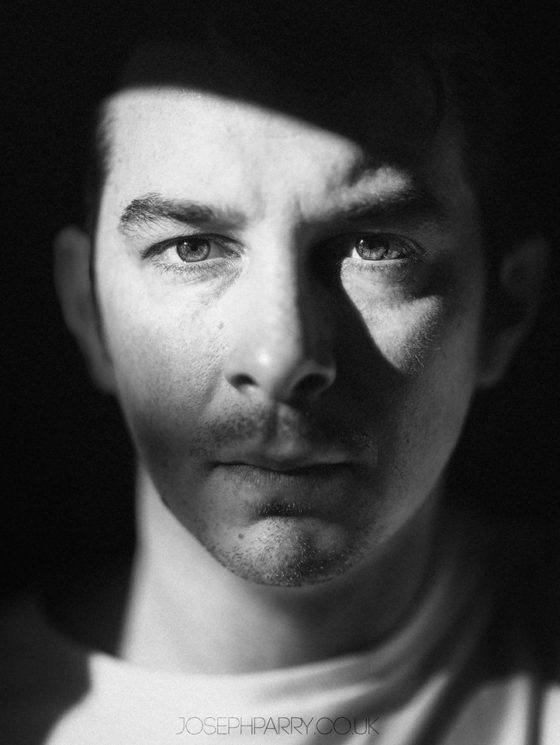 Jests aside, I wanted to not only make you laugh with this post but also bring you guys back to using your creativity to spot things you can use to get a better picture.

It’s not unlike me to pull out a phone or laptop to use it as a fill light or use a menu at a restaurant to make someone have clamshell lighting. 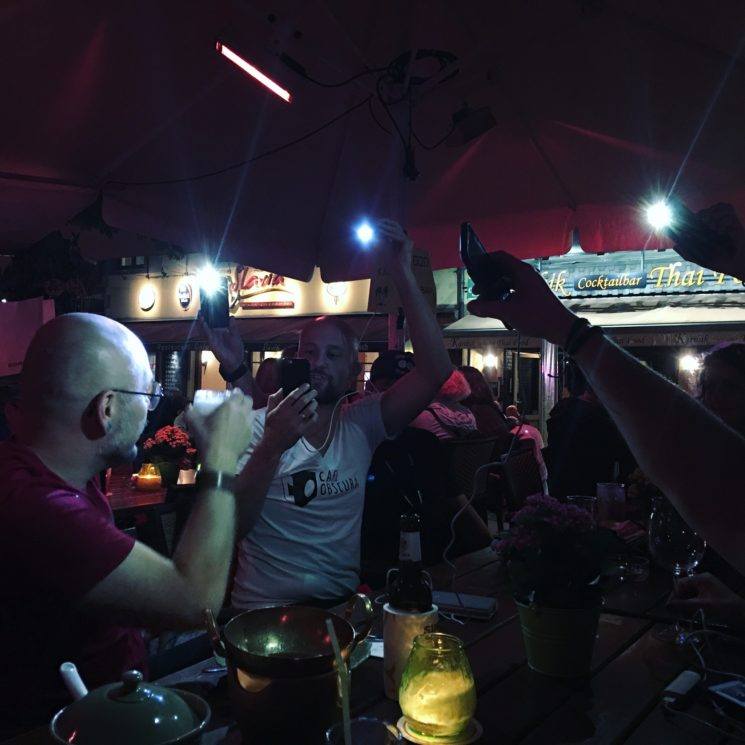 Though I might be insane, probably clinically, I’m not sure at this point. As long as the picture rocks right?

Two men killed after an attempt to recover a stolen camera

This woman used photography to recover after a stroke

« How to add glow to sparks in Photoshop
Do photographers see what other people don’t? »