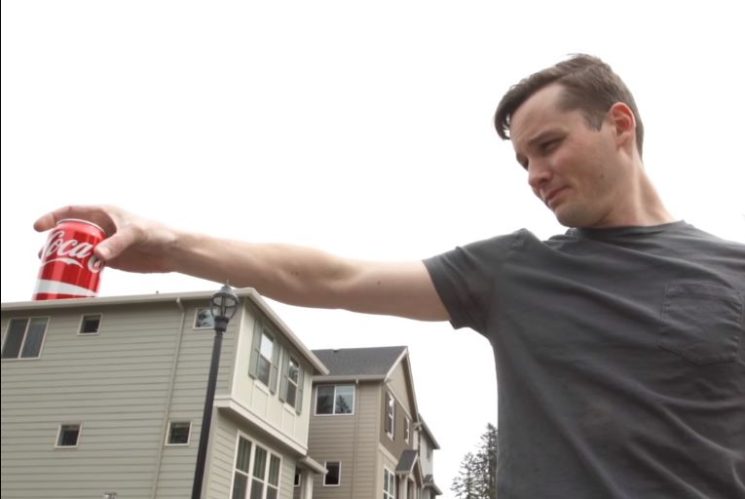 Before Twitter killed Vine, Kevin Parry was famous for his mind-bending short clips. The US-based stop-motion animator creates videos with clever and fun optical illusions. Even though we all know they are just clever filmmaking and editing tricks, for some of them we can’t help but wonder – how did he do it?

I remember seeing one of Kevin’s illusions circulating around Facebook as a gif, the one where he catches a ball from his own reflection. The trick was even explained in an article on Gizmodo, if you want to try it yourself.

Like a magician, Kevin uses tricks that aren’t magic, but simply camera movements, cuts and edits. Still, I keep staring at his clips with my eyes wide open, like a kid trying to figure out a magic trick. It’s really amusing to watch his videos, and you can check them out on Kevin’s Instagram and YouTube channel.

This artist photographs satirical miniature worlds that play with your mind